This 1959 Ferrari 250 GT LWB California Spider Competizione will go on auction at New York on December 6, with an estimated price of £10.3-£12.5 million

The second of eight aluminium-bodied California Spiders, this car finished third in class and fifth overall at the 1959 Le Mans 24 Hours. Founder of the North American Racing Team, Luigi Chinetti fielded a 250 Testa Rossa, 250 GT LWB Berlinetta and this 250 GT in that year’s race.

Powered by a Tipo 128F engine, the 250 GT produced 262hp at the time, with sports car dealer Bob Grossman taking the wheel for Le Mans. Grossman took the car just five days after it was produced, sitting in what he called a “roughly finished” interior covered with “rags,” but the New Yorker still finished 294 laps with Fernand Tavano as his co-driver to end up third in class.

After Le Mans, the car’s exterior was given a proper coat of paint at the factory, and Grossman raced it at Nassau Speed Week and more SCCA events before selling it in 1960. Since then, the car has been entered in the Concours d’Elegance, taking first in 1983 as owner Jon Masterson repainted the car in red with a beige interior, and raced at the 1994 Monterey Historics before being sold in 2007. Its Le Mans livery was restored in 2010, and the car has been driven sparingly since. 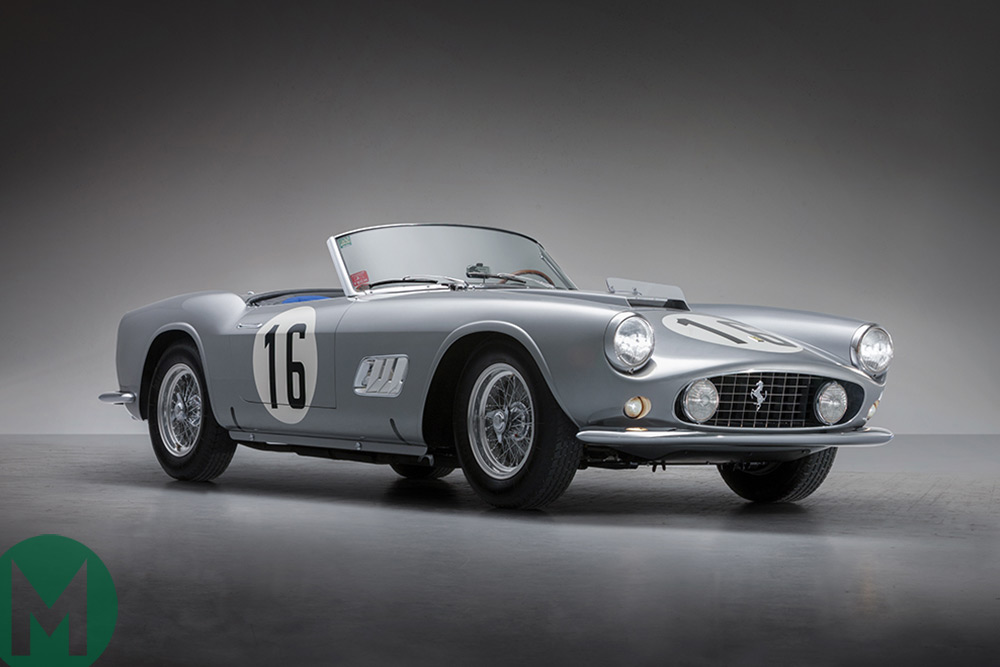 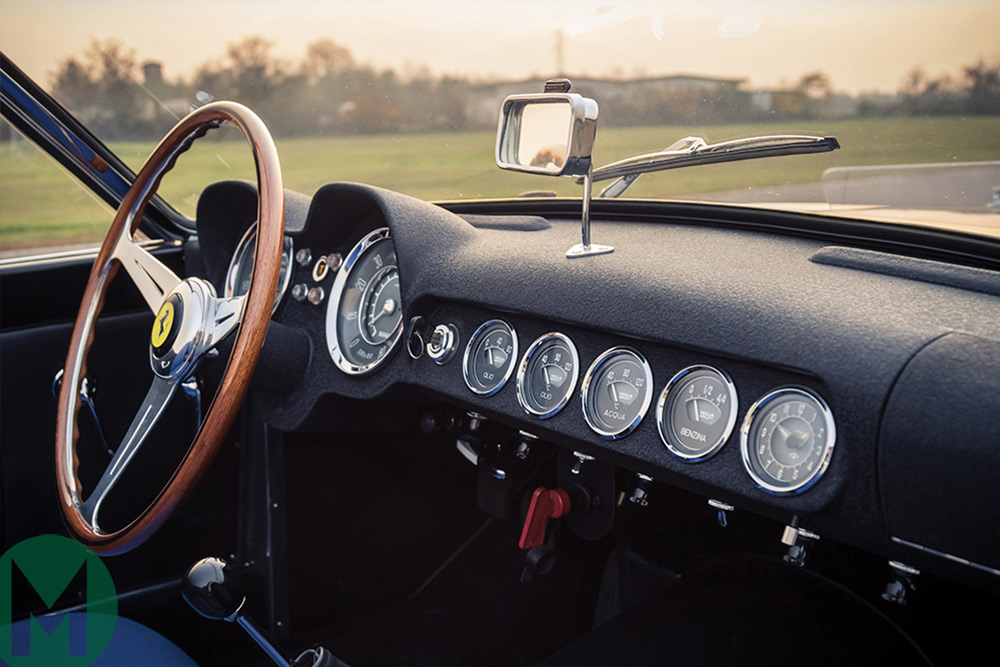 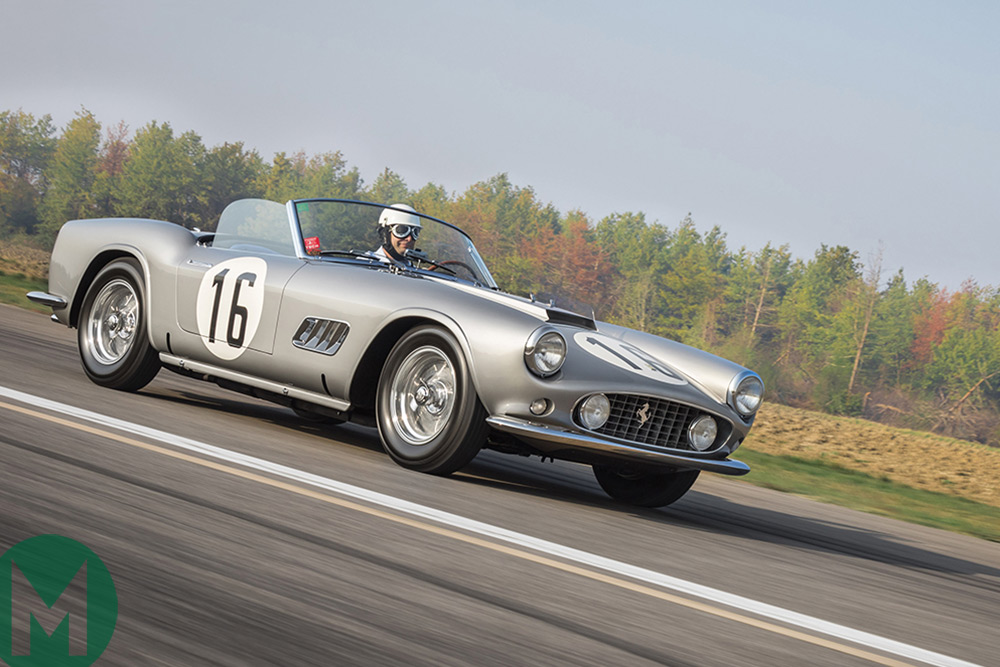 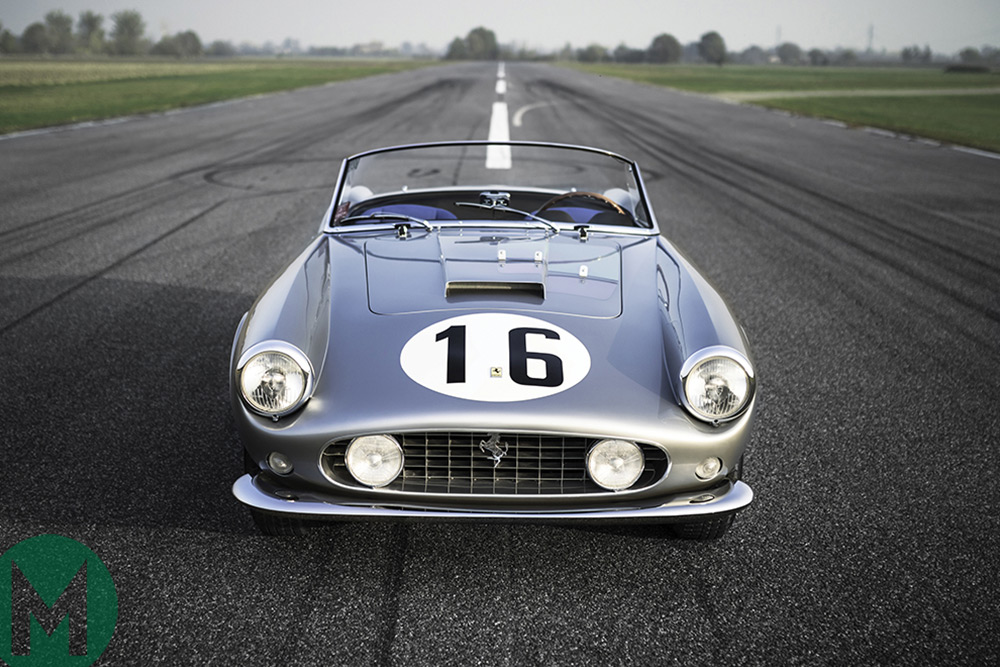 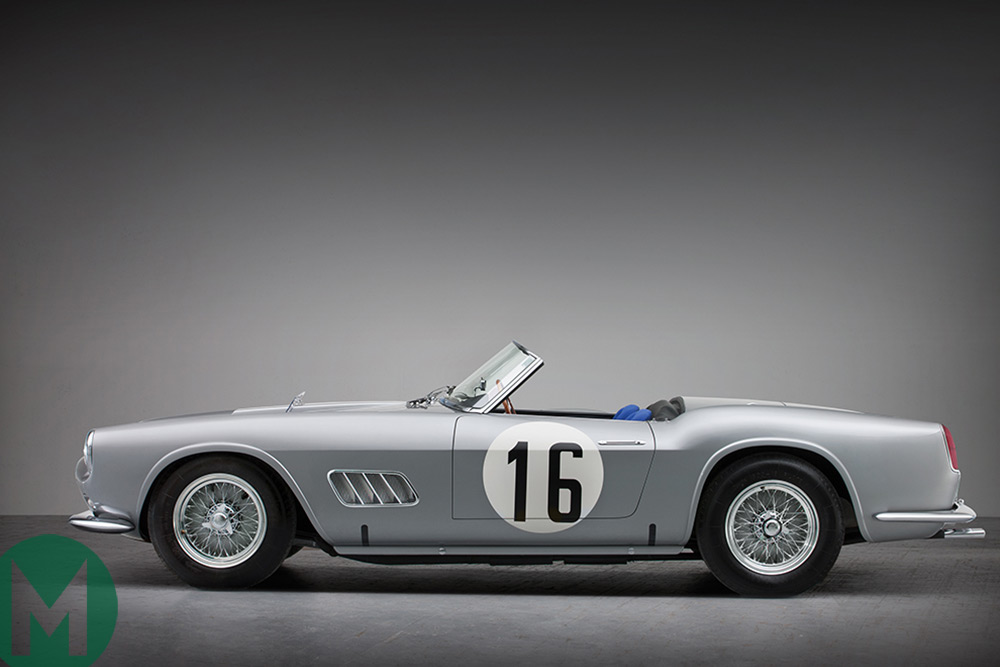 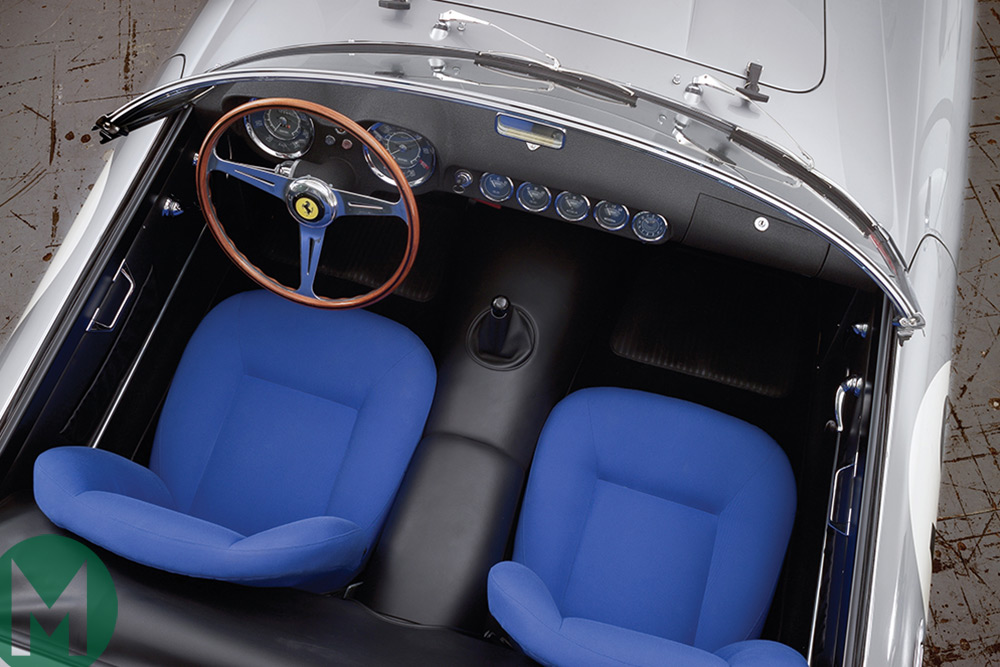 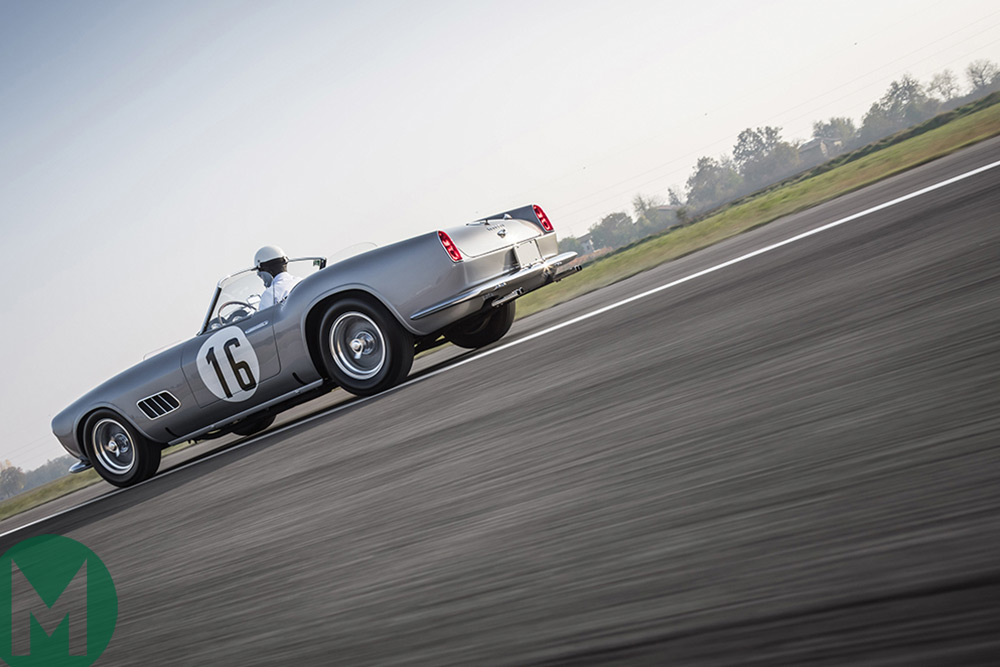 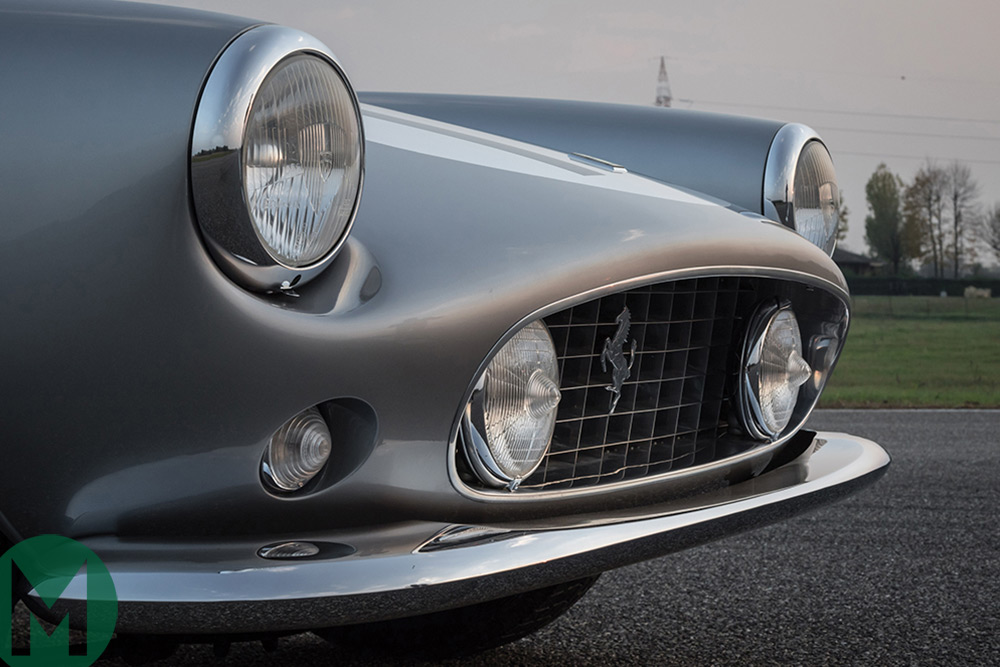 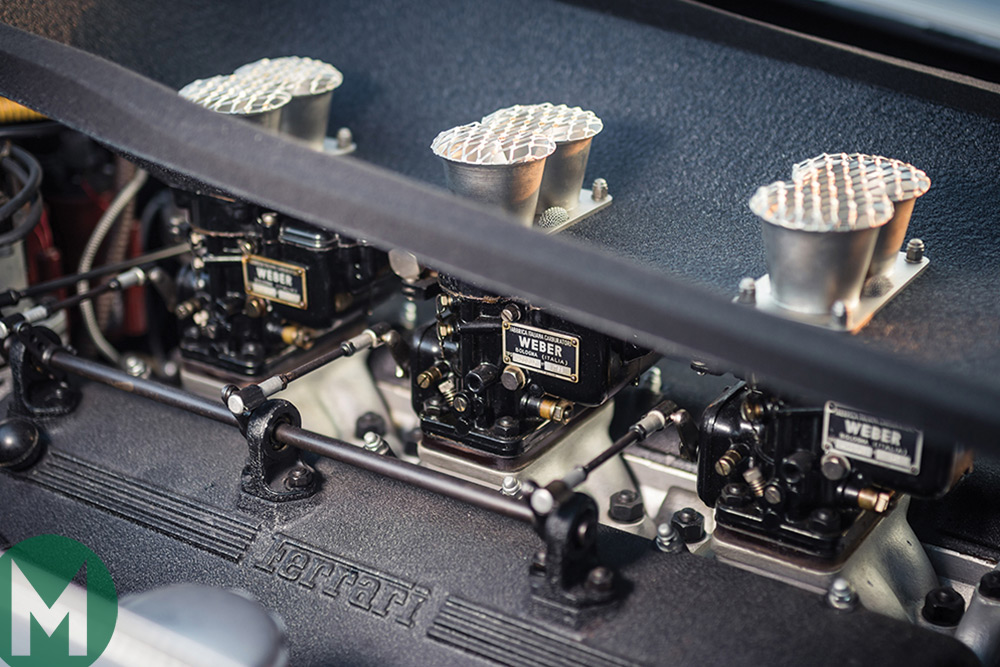 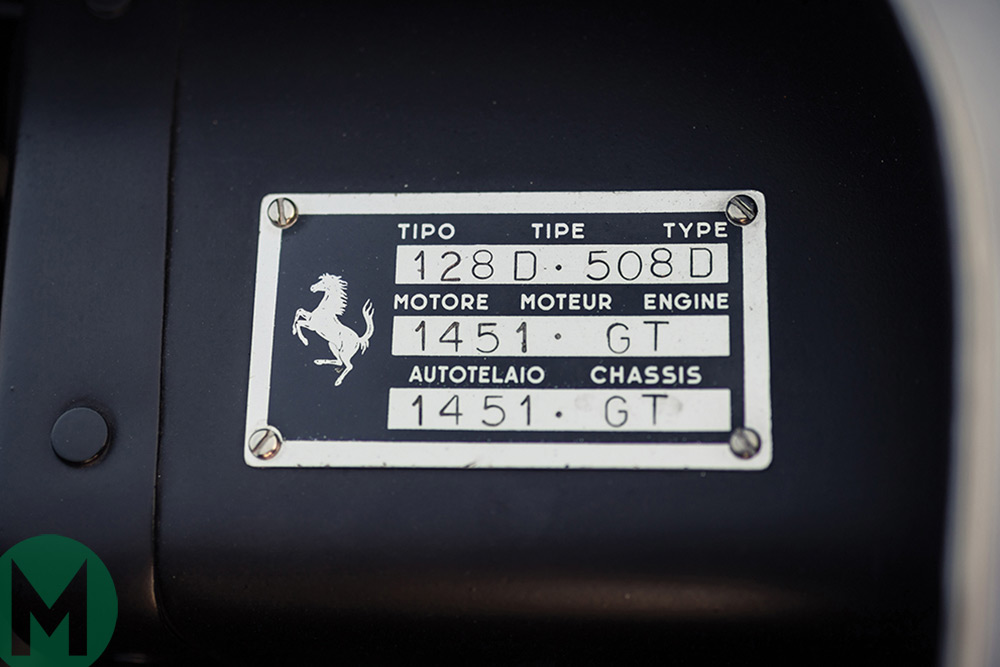