This Jaguar XK 120 C, raced by Phil Hill and owned by Hollywood stars, is expected to fetch £4.1-£5.2 million at auction on Wednesday

This C-type (XKC 077) is one of 53 in the chassis number sequence, and the seventh to be produced. Phil Hill raced this particular model, which was the first to reach the USA, in the SCCA under owner Charles Hornburg. This historically significant car took the first ever win by a C-type in the United States with Hill at the wheel. He later said, “I was just in awe of the C-Type when I first stepped into it. When I look back on it now, it makes me smile. The steering was light – almost scary light. It was the first car I ever drove that had a really precise feel about it – it really felt like a racing car.”

Hill made his debut in the no41 at Elkhart Lake, September 1952, and drove the C-type from California all the way to Wisconsin to race. He won the Sheldon Cup with a fourth-place finish in the main event and then drove it back to Los Angeles. XKC 007 was also driven at Madera Airport in early November, with Hill finishing in second before Hill took a December victory at Torrey Pines.

This Jaguar then made its way through Hollywood, as it was sold to the son of a famous silent film actor, Carlyle Blackwell Jr in 1955. Blackwell entered it in 18 races in California (with a highest finish of second) before selling it to a Hollywood gunsmith in 1957. Robert Lane refitted the engine block with D-type cylinder heads and ran it at Bonneville, hitting 157mph. A clarinet player in the Phoenix Symphony Orchestra then took ownership, before it was sold on in 1972 and repainted in British racing green in preparation for numerous Concours events.

Sotheby’s will auction this car on Wednesday, December 6, in New York with original factory documentation and prior bills of sale included. View the gallery below. 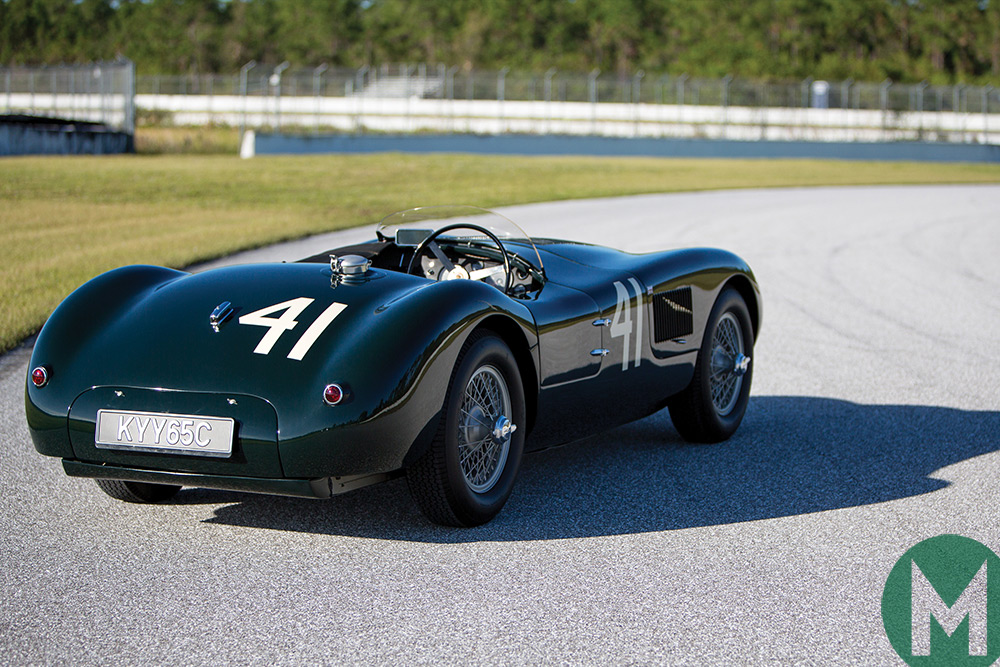 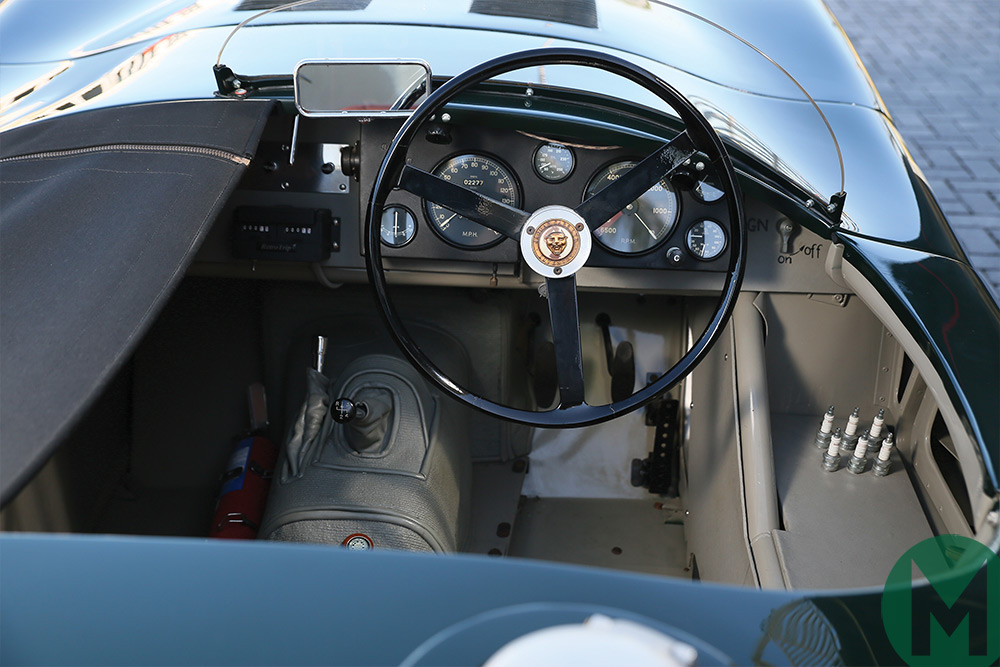 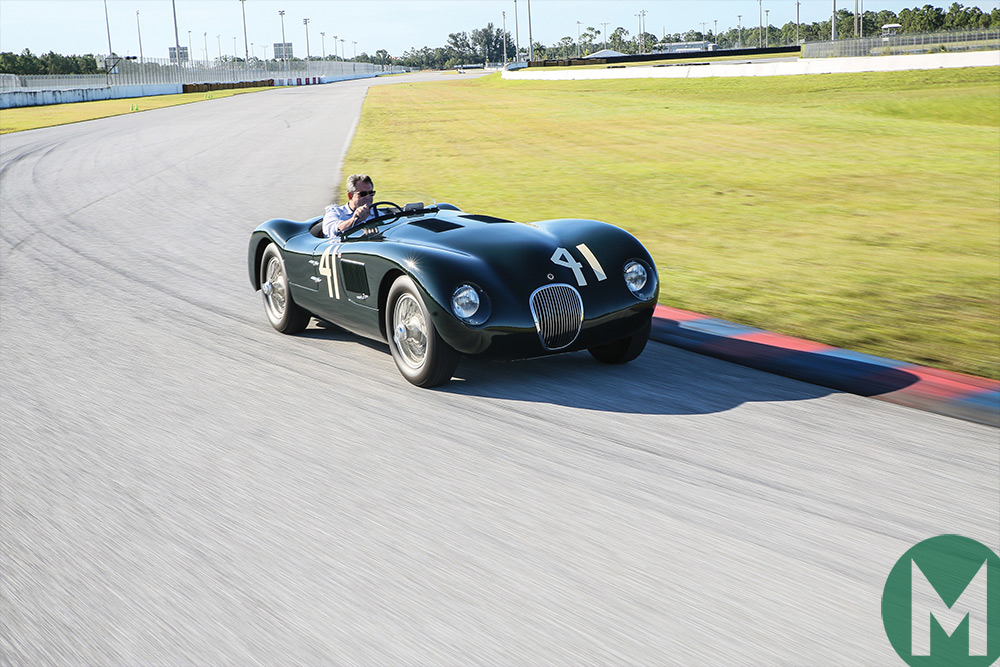 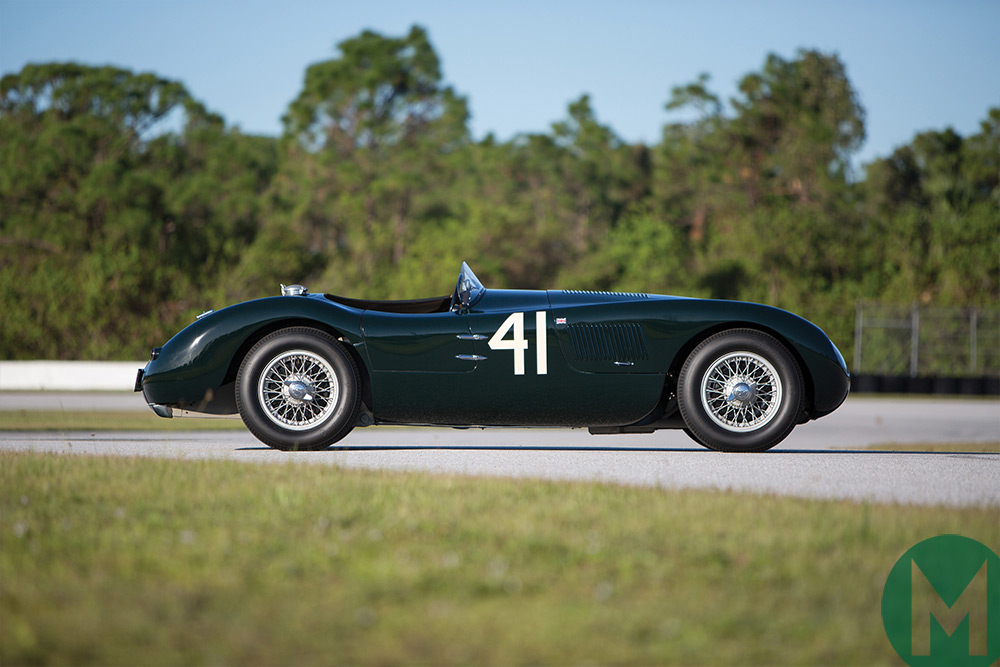 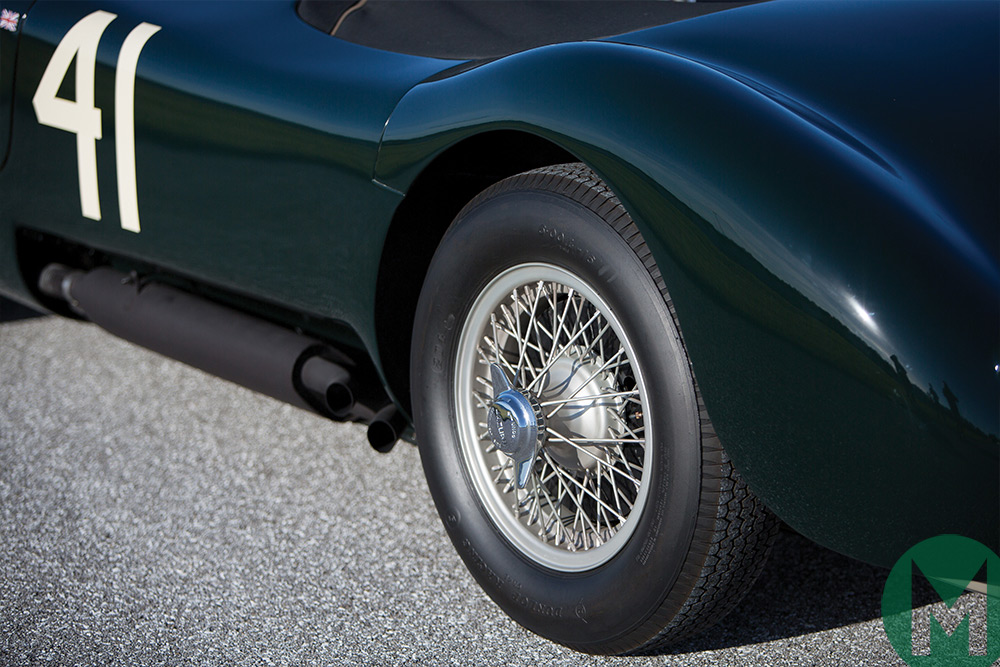 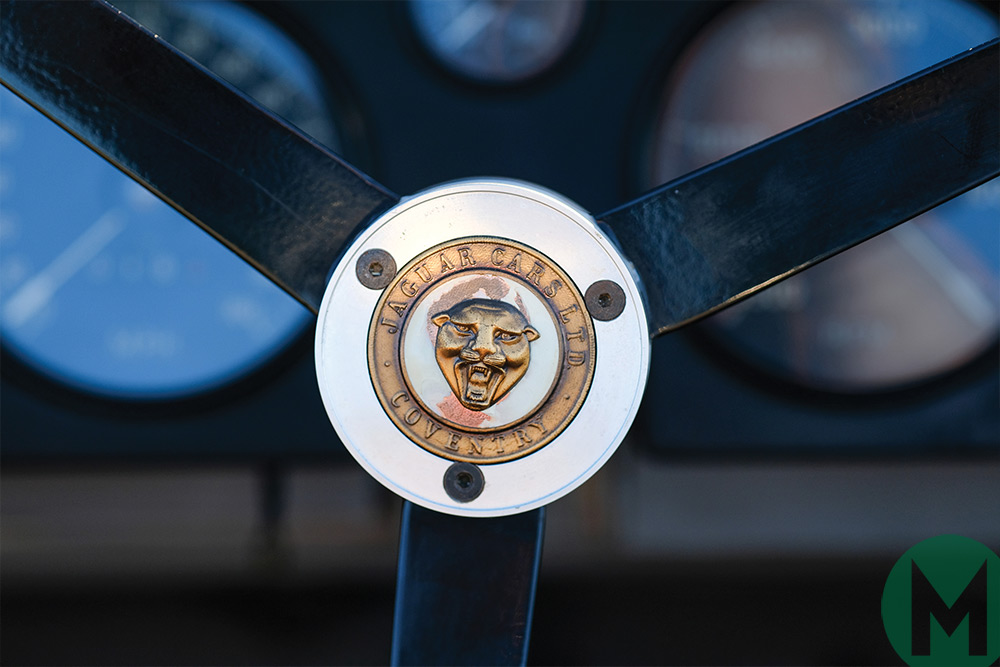 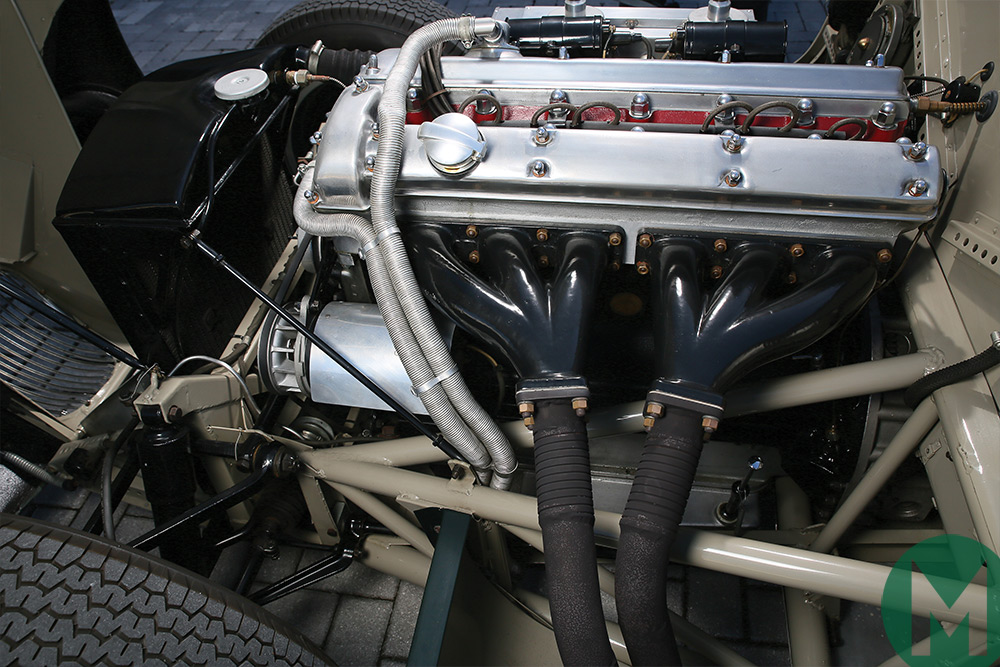 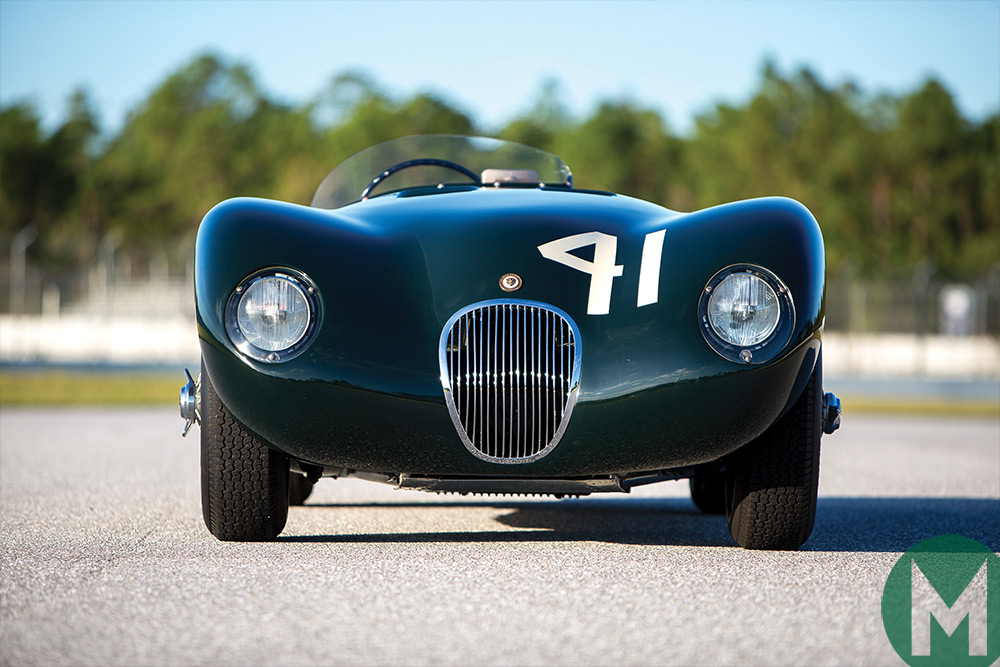 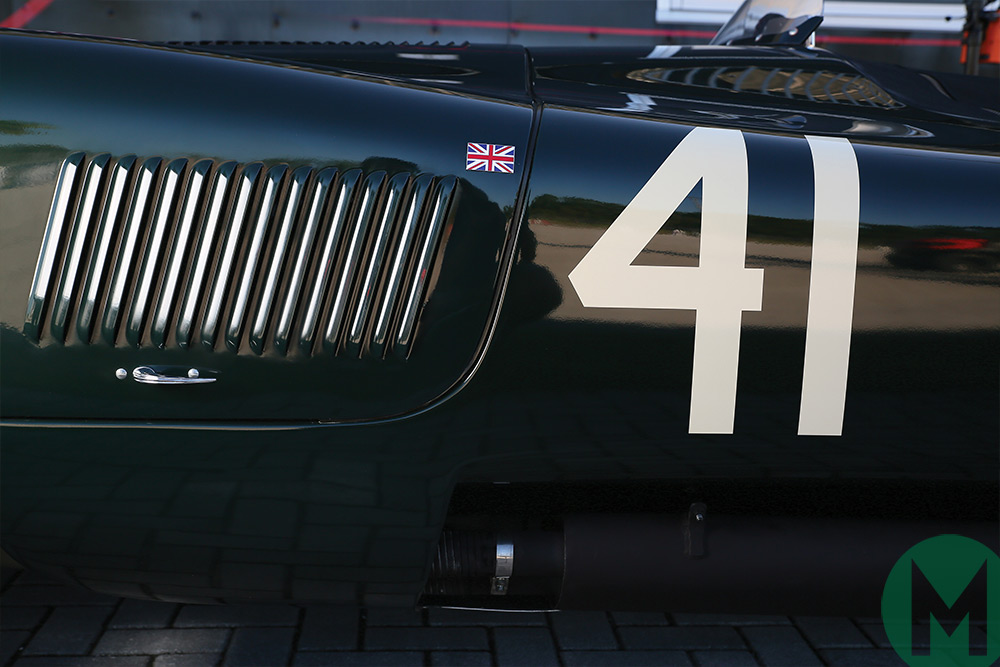