I’ve just got back from another amazing Goodwood Revival. In fact, I think I have the post-Goodwood blues today. The Revival just gets better every year and I’m a lucky fella to be invited back each time. 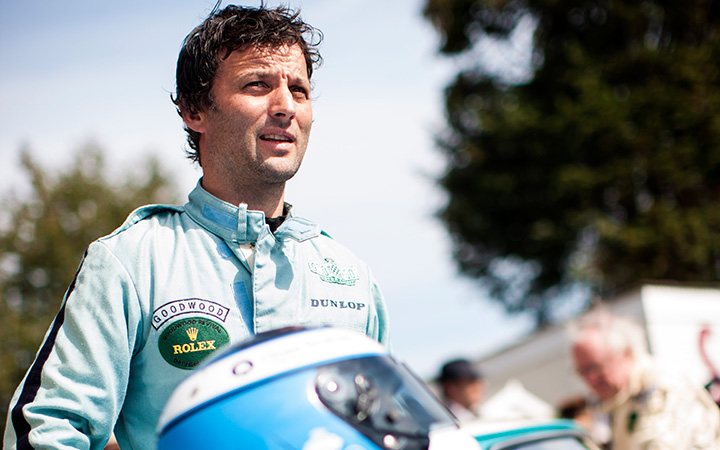 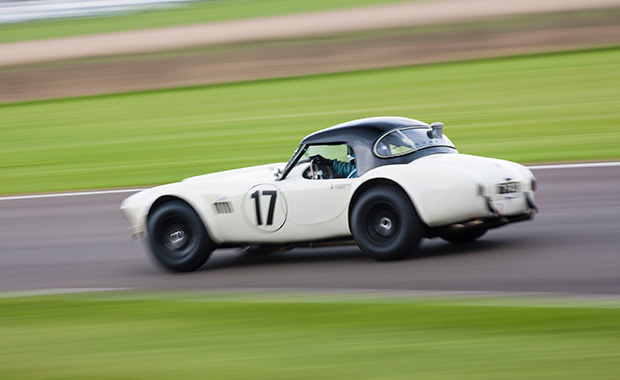 The TT race was a lot of fun; it’s hugely exciting to be part of the TT and a real privilege to be on that grid. I was sharing the Cobra with the owner’s son, Rory Henderson, and I was having a great time in the first half of the race and hoping to pick up a few places by staying out until the end of the pit window. Unfortunately I was forced to pit with a mechanical problem and Rory didn’t even get the chance to drive. 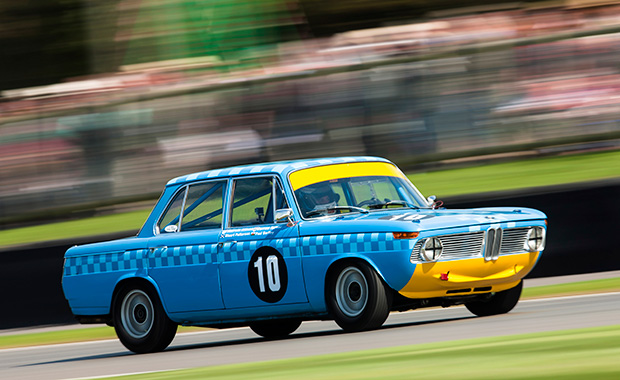 For the St Mary’s Trophy I was sharing Paul Bartley’s BMW. Part 1 on Saturday is for the professional drivers and then they have another race for the owners on Sunday. I had a very lonely race as I couldn’t keep up with the pack and for the first time in that race actually got lapped! The guys have only just bought the BMW this year so, even though it was competitive in its day, it needs some work to get it up to the level that the front running cars are now at. 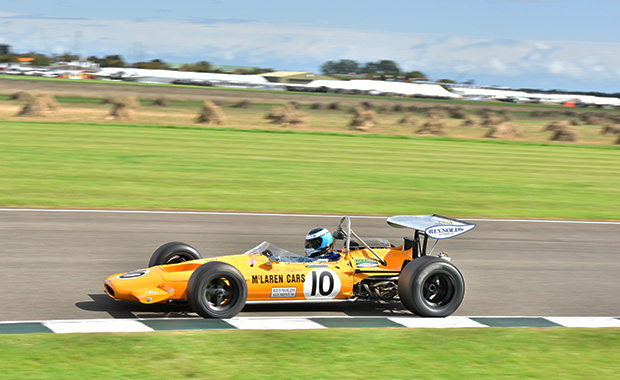 It was a huge privilege for me to show off the McLaren M14A during the Bruce McLaren parade. Even though it was a slow lap it gave me an idea what it must have been like to race in F1 in that magical era. I got a bit scared on my first run as the wheels were wobbly, but I was informed that the car has magnesium uprights so the wheels wobble until everything gets up to temperature!

I had a bit of a ‘pinch me’ moment on Saturday when I was driving the McLaren around behind Sir Jackie Stewart in another McLaren from that era. It felt like I was in a film. 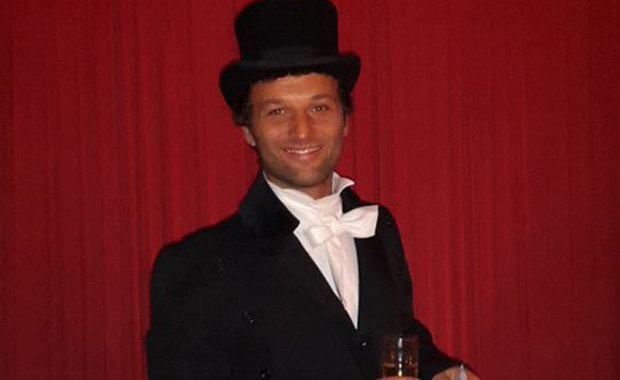 I think I got confused about the theme for the ball this year. I was attempting the ‘Mr Darcy’ look, but ended up looking like a chimney sweep. All the other guys looked like they had come from the Battle of Waterloo, which in retrospect may have been the theme. My wife couldn’t make it to the ball, so I took my sister-in-law instead and had to be on my best behaviour. I think I managed it but I’m not sure she was overly impressed with my outfit.

It’s always sad to leave Goodwood but I’m already looking forward to next year. It’s time for a change of scene though, so the family and me will soon head off to Texas for some much faster racing. 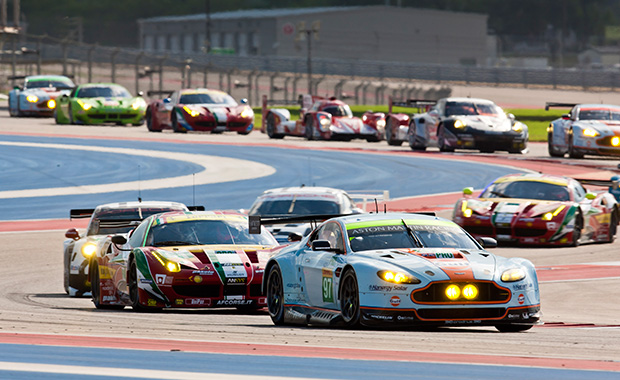 We had an immensely frustrating weekend at the Nürburgring WEC round as me and Stefan [Mücke] just couldn’t get the most out of the car in qualifying. We definitely learned a lot that weekend and hopefully when we get to Austin we’ll be in a much better position. After Le Mans we were handed a smaller engine restrictor, but if you look at the Nürburgring results, with no Aston Martins on the podium, it was probably a step too far on balance of performance.

I’m hugely looking forward to going back to Austin. It’s a great place to be – whether you’re racing or not – and last year we won there in really difficult conditions. The race got red flagged due to a torrential downpour. We were strong throughout the race and I remember having a great battle with Patrick Pilet in the Porsche and also with Toni Vilander in the Ferrari. I really enjoyed the race and the fact that we came out on top was a great bonus. 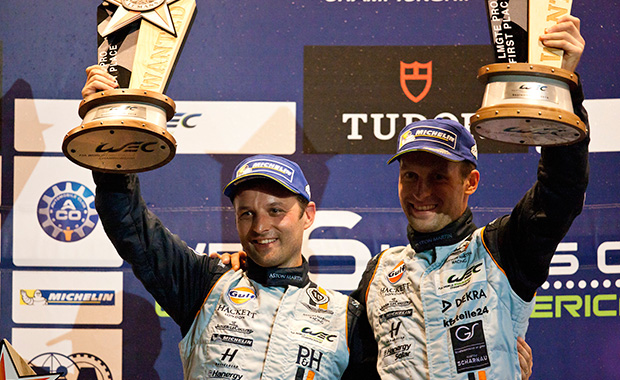 Like everyone else in the sport I was so saddened to learn of the death of Justin Wilson. For a driver to be killed in that way is very upsetting. It wasn’t his accident; he was just going past the debris and was very unlucky. If he had been a tenth ahead, a tenth behind, a bit to the right or a bit to the left, the debris would have missed him. But it didn’t and it is a real tragedy.

Our paths crossed in 1998, the first year of Formula Palmer Audi. We had a year-long battle and Justin was so strong that he went on to win the championship in style. I was made very aware of his driving talents that year. Since then I’ve occasionally seen him at American events and we’d always have a good old chat. Everything that has been said about Justin is true. It goes without saying that he was a great driver, but more than that he was a great person who made a lasting impression. 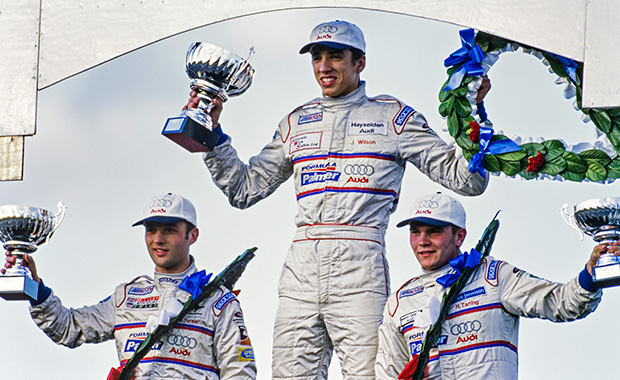 Motor sport safety has come a long way but you can’t prevent every possible accident scenario. That said, the cockpit protection ideas are interesting because there are so many pros and cons. I think what Mercedes has designed looks like a very interesting way of dealing with the issue. Whether it could completely eliminate that type of accident, I don’t know – I guess for Massa it could possibly have had no effect at all, but for Justin it could have produced a completely different outcome.

You can’t cover every scenario. Maybe you have a situation where something gets trapped in there and the driver can’t get out, or where whatever’s protecting the cockpit collapses and gets pushed into the driver because the impact is so big. If you look at a cockpit at the moment there aren’t many thin elements around there, it’s all heavy-duty composite monocoque. With a heavy impact, shards from the protection device could present a huge danger to drivers.

It’s great that people are thinking of ways to overcome the problem. It’s not an easy problem to solve, but thankfully our sport is full of very clever people with great imagination and problem-solving skills, so I’m sure a solution will be found.