The new ‘GTP category’ could signal a zenith for sports car racing, but it could also go horribly wrong 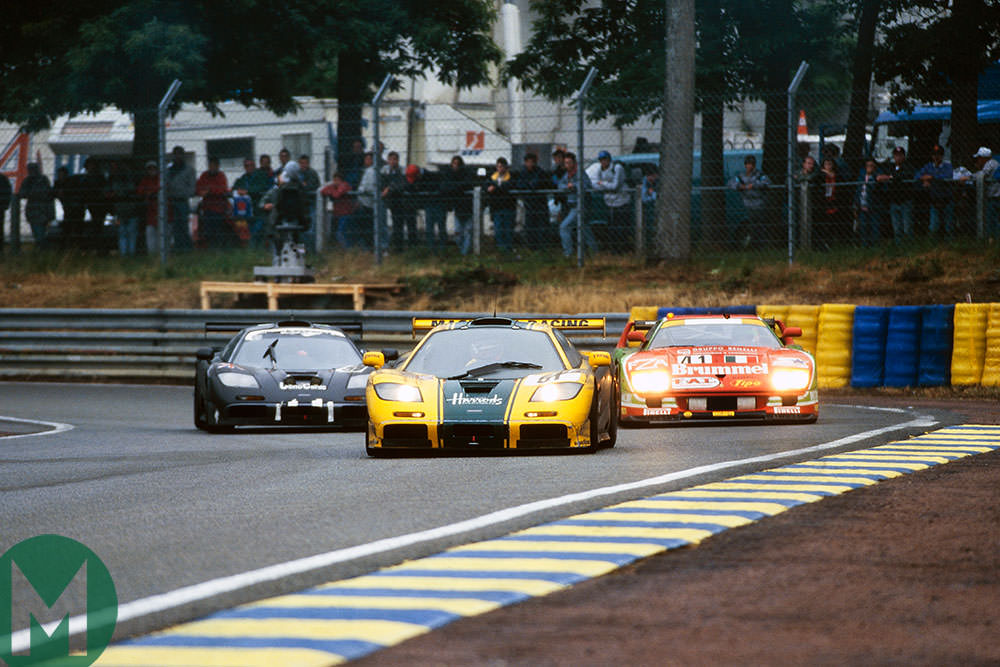 It is easy to be critical of the sport’s rule makers. I know, I’ve been doing it for years in this very column. But then, every so often, a new set of proposals appear that sound, well, really rather exciting. Which is exactly how I’m feeling right now about the new GTP category currently proposed to occupy the top level of sports car racing from the 2020/2021 season.

We have known for a long time that sports car racing has become stupidly expensive. It is true that both Audi and Porsche withdrew in the same post-dieselgate cost-cutting round that killed VW’s WRC programme and Bentley’s Daytona Prototype (yes, really) and because of the attraction of Formula E, but had LMP1 Hybrid not been so pricey in the first place, perhaps they’d still be there now.

What we’re left with is a wholly unsatisfactory period of transition and I know there are many LMP1 privateers hoping and anticipating that once Toyota has won Le Mans this year as, despite all its bad luck to date, it surely must (mustn’t it?), it just packs up and goes away having finally ticked that most elusive of boxes. If I were them I’d not hold my breath: Toyota knows that few people remember teams that win just once – who recalls BMW’s 1999 victory? – and to leave your name on La Sarthe in such a way that you can dine out on the results for decades to come, you need to win and win again. Personally, I don’t think Toyota is going anywhere: win and it’ll want to back it up; lose and to retreat with tail between legs as it did after eight winless Formula 1 seasons will be unthinkable.

Crucially it is one of five manufacturers known to be in discussion with the FIA and ACO about the new regulations due in 2020, and the inauguration of the so-called GTP category.

As I understand it, while there are no actual rules at the moment because it is all up for discussion, the idea behind GTP is to do exactly what it says on the tin. That is to have cars that look like GTs – i.e. racing versions of street cars that can be bought by the public – which nevertheless are much closer to prototypes under the skin. The theory is that this would provide the best of all worlds: cars the public can relate to, which actually help sell road cars, but whose performance is not significantly degraded relative to what we see today. And all for a fraction of the cost.

So far so good. Better still are the manufacturers involved: the others joining Toyota around the table are Ferrari, Aston Martin, Ford and, get this, McLaren. Porsche is understood to be keeping a careful eye on matters too and if Bentley and BMW don’t also have an ear to the ground I’d be very surprised indeed.

It sounds too good to be true and maybe it is. But FIA President Jean Todt has said the series needs a minimum of three manufacturers involved to work, that five to seven would not be ‘over-optimistic’ and that a success would be ten. He points out that other categories of sports car racing have 10 manufacturers involved as, indeed, GT3 does.

Of course it could all go horribly wrong, as it has on many occasions when rules for a new and exciting category are created. Everyone will want the dice stacked in their favour, and some will want the costs to be higher than other because in all forms of racing those with the deepest pockets tend to be most successful. Or it could start off brilliantly and continue that way until some bright spark discovers a tiny little loophole and ruins it for everyone. Remember the mid-1990s when the GTs like McLaren F1s and Ferrari F40s ruled the roost? It lasted until it became clear that while the rules intended the cars to be production-based, that production could be as little as a single car, so manufacturers designed pure racing cars, stuck a number plate on one of them and were eligible to compete.

What the FIA needs to do then is come up with its rules and invite an army of wannabe Adrian Neweys to find ways around them. And they should only be implemented once they’ve been stress-tested to destruction, redrafted and tested again and again until they are as foolproof as can be reasonably expected. Then we could have not only a new and golden era of sports car racing on our hands, but one with the staying power to last more than a few short seasons.