From the WEC to IMSA, change is flowing fast in sports car racing – but it’s IMSA that has it right 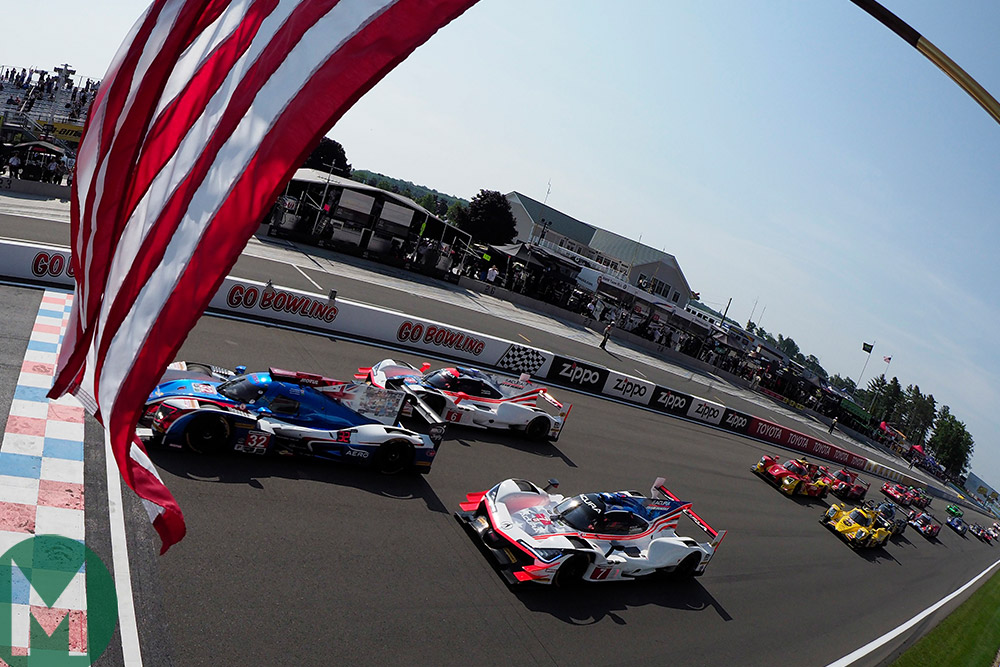 The landscape of sports cars has seen a shift in the past week or so. In America, IMSA is opening a fault line between its top-class DPi and LMP2 machinery and, in Europe, Stéphane Ratel is trying to protect his earliest customers: the amateurs.

IMSA’s decision to split the LMP2 cars from the DPi cars – those Cadillacs, Mazdas, Acuras and Nissans creatively derived from LMP2 chassis – is undoubtedly the right one. As of next year, the DPis will be unshackled from the Balance of Performance formula that IMSA has been wrestling with to create parity between them and P2s. And the cars will be let off the leash. To a certain degree. In a class where Mazda’s turbocharged two-litre races against cars with nearly three times as much capacity, BoP will be a necessary evil, but this will warrant a simpler solution. And IMSA’s success in levelling its GTLM class is cause for optimism.

The LMP2s will be for Pro-Am teams from 2019, meaning United Autosports and other European teams that make fleeting appearances in IMSA will need to either find an Am to fill one seat or field a DPi. Either is possible so IMSA won’t, or shouldn’t, lose out there.

Not only will IMSA also align itself to worldwide P2 regulations, which may attract more teams from the WEC and ELMS, it will also get a head start on what the World Endurance Championship is trying to achieve with its 2020/21 ruleset.

US-based P2 squads such as CORE Autosport, which has won the past two races, will no longer be able to run at the front in 2019. Colin Braun, this season in inspired form, will drop out of race contention unless the Jon Bennett-owned team takes the plunge and picks up a DPi.

It may strike as odd that IMSA is effectively admitting BoP defeat and splitting the two classes in a year where P2s have been more competitive against the DPis. The past three races have all gone to P2 teams, in fact. But accepting the DPis to be their own class, and the fastest one, removes a headache IMSA had created for itself and the negative pressure that comes with it.

Gone will be the headlines across news sites of P2 drivers saying the DPis are prioritised by IMSA, or that it doesn’t want P2s.

IMSA boasts a bevy of manufacturers, and they will be protected and kept happy by the move because they’re no longer going to be competing on a changing playing field, running within themselves and complaining the fastest car isn’t winning.

Not only will IMSA also align itself to worldwide P2 regulations, which may attract more teams from the WEC and ELMS, it will also get a head start on what the World Endurance Championship is trying to achieve with its 2020/21 ruleset. It also means the series can more easily introduce the KERS systems set for WEC, should it wish to.

The WEC’s ‘hypercar’ regulations, after all, are not as first advertised. It’s become clear that these will be prototypes with styling from the road-going cars on the cover of road car magazines, not the cars themselves. A lot like IMSA’s DPi concept, but more expensive and more technical.

That subtle but key change of tack will be the reason why Porsche, Ford and Ferrari have left the discussion table for the rules, as reported by Sportscar365. If Porsche could run a tweaked 918 or its descendant, and Ferrari could run the next LaFerrari, then they would at least be keeping a watchful eye.

Could these prospective cars, the ones just a few months ago thought to be heading to WEC, be the basis of the ‘new’ GT2 category?

This is the latest idea from the man behind GT3, Ratel. Race-prepared road cars of up to 700bhp, driven by amateurs who are being put off by GT3 as it increasingly moves to all-pro teams at the top level.

Manufacturer teams were never the plan for GT3, because of this very reason – an over-reliance on manufacturers is dangerous and customers suffer. It has since proved to be impossible to police the ‘factory-assisted’ programmes so this will be a novel way around it and enhance GT3 by accepting what it is. As a result, it will push it further on. This new GT2 will race with GT3 at times (such as in Blancpain’s series), but also with (before presumably replacing) the GT Sport s Club.

Ratel’s record speaks for itself, rarely making a misstep, so you can expect GT2 to start slowly before flourishing.

Still, it may have been less confusing to bump GT3 up to GT2 and return GT3 to the domain of the Ams.

As an aside, it’s difficult to keep track of the very public dispute playing out between Manor/Ginetta and Mecachrome. The privateer hasn’t had the smoothest of opening seasons, on and off track. Financial problems meant it missed Spa, then at Le Mans the running was limited. Now the team will miss the Silverstone WEC round, the home race for Manor and Ginetta, and it will switch to AER engines.

Mecachrome is less than happy about the decision, claiming contracts had been disputed and changed, problems had not been limited solely to the engine, and goalposts had been moved.

It signed off with a none-too-subtle swipe at AER: “We are surprised by Ginetta and Manor’s choice to go with an engine which has been developed for years, yet failed to finish at Le Mans in June.

“To see the chequered flag in its first participation shows the quality of our work and the potential of the Mecachrome engine.”

Ginetta has since told Daily Sportscar that it had fulfilled its contractual and financial requirements, but Mechachrome hadn’t hit the parameters set. “[Manor], and we, felt that in terms of performance and reliability a change needed to be made.”

The most important thing from here on is that Manor and the six talented drivers signed up make it to the grid, for there are good times ahead for sports car racing – especially in the US.