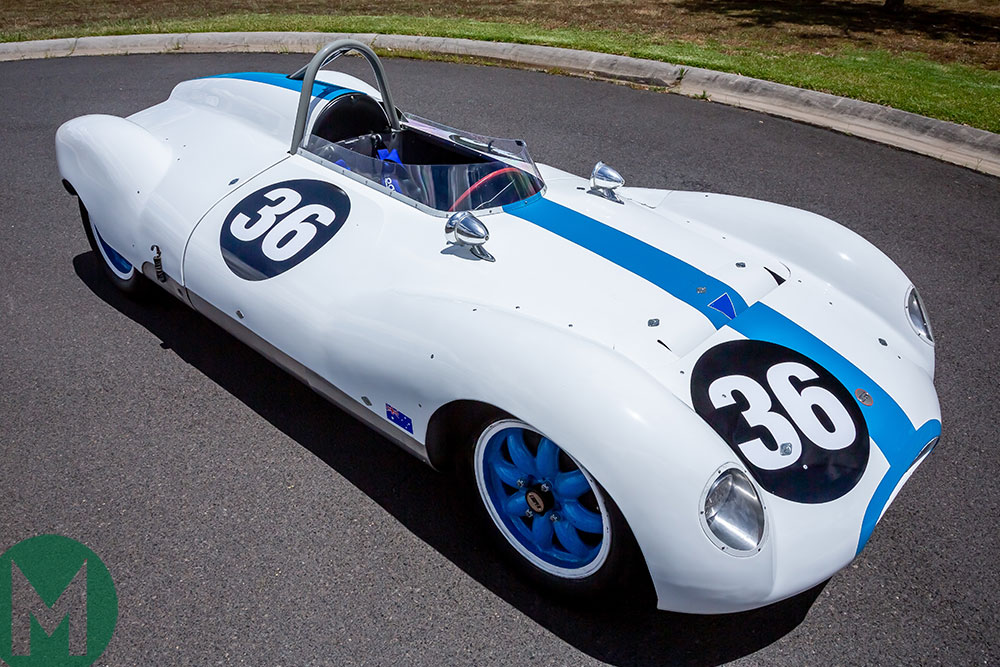 Original Cooper T39 ‘Bobtails’ are highly sought after. Of course that owes much to them being a product of the legendary Cooper Car Company. Further to that, the T39 Bobtail represented Cooper turning its considerable fire onto sports car racing, wherein the car had much success in several territories. In addition the elegant car is rare – it’s thought that only around 50 Bobtails were built and that only half of them survive today.

Topping all this off, this 1959 1.5-litre Climax-powered T39 to be auctioned at the Amelia Island Auction on March 7 has, as part of its extensive racing history, a direct link with three-time Formula 1 world champion Sir Jack Brabham – who took his first two F1 titles with the Cooper team. This T39 is expected to go for between £150,000 and £180,000.

After being formed in 1947, Cooper first dominated Formula 3 racing then began building Formula 2 cars. In 1955 it started to build sports cars with the T39 Bobtail – so called as its aero theory meant its bodywork cut off suddenly after the rear wheels (though the redoubtable John Cooper used to jest it was so it could fit into their transporters…).

As noted the Bobtails enjoyed great success, and this particular Bobtail for auction has a close association with none other than the late Sir Jack Brabham.

His link to the T39 is extensive. Sir Jack paired with Ian Raby finished 15th overall – and third in class – in a Bobtail in 1957’s Le Mans 24 Hour race. And a year earlier Charles Cooper asked Brabham to ship a T39 to Black Jack’s homeland Australia so it could be introduced to the country’s racing scene in November’s Australian Tourist Trophy.

A friend of Sir Jack’s, skilled amateur racer and Australian hillclimb champion Bill Patterson, learnt of the plan and asked Brabham to bring him a T39 too, and as was the case with Brabham’s one with an upgraded Coventry-Climax FWB 1460cc engine. Brabham mused years later that, such was the short supply of T39s, he had to intercept a model destined for America on Patterson’s behalf; indeed when it arrived in Australia it was painted in white and blue-striped livery meant for the Briggs Cunningham team. This is the very T39 going under the hammer.

Patterson managed to roll this T39 on the first lap of his race debut in the Tourist Trophy but went onto have success with it, starting in the meet’s second weekend with a class win and third place overall race finish. In the 1957 Victoria Tourist Trophy he took another third place and class win then he bagged second place in the 1957 NSW South Pacific Championship at Mount Panorama.

Come 1958 he only raced the T39 three times but still managed a class win and second overall at the Victorian Hill Climb Championship, smashing the class record by four seconds. 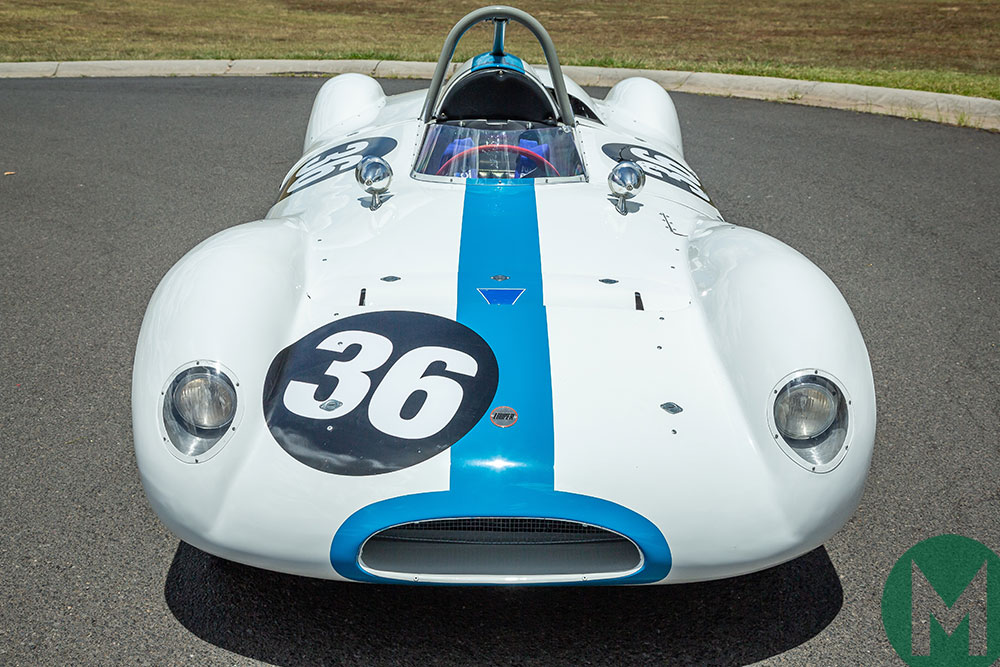 Patterson then sold the car to Alan Jack who raced it occasionally in 1959 and ’61, finishing fifth in the ’59 Australian Grand Prix and seventh – behind five other Coopers in the top six – in the 1961 iteration of the race. In the car’s final race before retirement Jack took another class win, and fourth place overall, back in the Australian Tourist Trophy.

The car then passed through several owners before having a stint at a rural auto museum in Western Australia. It was there that the present owner discovered the car and its history. Much of the original car was present; among other things the original chassis with number plate, driver’s seat, steering wheel and instruments. The owner replaced the original fragile ERSA gearbox with a Volkswagen unit and as part of an extensive restoration refreshed the engine and cylinder heads, rebuilt the carburettors as well as replaced the rims, uprights, brake pads among many other things.

To enter it in vintage racing a roll cage was added too, and the T39 took part regularly in vintage meetings from 2009 to ’15, and although it was damaged therein a new body was made to exact specifications using another T39.

It was racing as recently as last December and is ready to return to the track, with it eligible for the likes of the Goodwood Revival and Le Mans Classic.