Somehow it was fitting that I should be watching the modern iteration of the World Sportscar Championship when the chaps in the office e-mailed over the wonderful photos that take star billing in the January issue of Motor Sport.

We’d sent Kiwi super-snapper Greg Pajo to the workshop of historic Group C boss Bob Berridge to work his magic on one of the most striking racing cars ever created – the TWR Jaguar XJR-14 ‘atmo’ car, still resplendent in its all-purple fag packet livery – and sure enough the results were… well, somewhat pleasing. 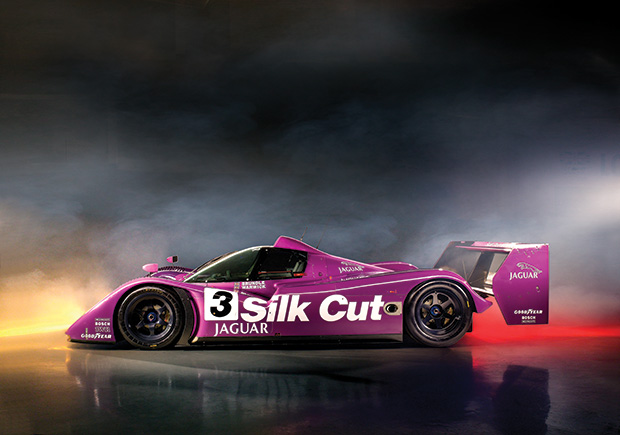 As practice continued for the Fuji round of the FIA World Endurance Championship, I attempted to stifle my excitement as the pics opened on my screen. You really shouldn’t show a packed press room the images that will soon appear on the cover of your magazine. Somehow I bit my lip with a big grin spread across my face, all at the same time, and hissed to my friend and colleague Gary Watkins to come over to my desk.

I wanted to give him a bit of inspiration as he worked on the story to go with these pictures. Between travelling and reporting on the WEC races, Gary was putting in the hours tracking down the main players in a short but fantastically inspiring tale when this car set new boundaries of performance during the early races of the 1991 WSC. Our man was confident he’d get hold of drivers Martin Brundle, Derek Warwick, Teo Fabi and David Brabham (who was of course circulating around Fuji at that very moment). He’d already spoken to chief designer John Piper and TWR veterans Steve Farrell and Tony Dowe, but the story really wouldn’t have been complete without the input of the technical director: one Ross Brawn.

Of course, Ross was in the middle of Formula 1’s own test of endurance: the daunting string of Grands Prix that were building towards the Interlagos climax. He was on the road a lot and had a bit on his mind – like trying to explain to the board of Mercedes-Benz why their team had gone so badly off the boil in the second half of 2012. Would Gary really convince Ross to call him back?

Our terrier of the sports car paddocks had a plan. He asked me to send him the pictures of XJR-14, so that he could forward them on direct to Brawn’s own inbox. He reckoned if Ross saw what we’d done with a car that remains close to his heart, he’d be keen to talk. As usual, Gazza was spot on. 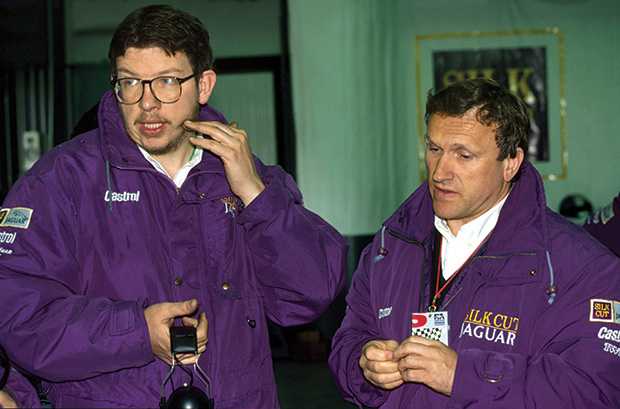 Brawn’s input would be the finishing touch to an amazing story of how Tom Walkinshaw’s team would steal a march on the opposition for one last, glorious occasion. In 1991, the new ‘Formula 1’ 3.5-litre engine regs for sports cars had taken endurance racing on a path that led directly to its eventual destruction, and sadly this would be Jaguar’s Group C swansong, too. Thus, the car remains the most spectacular racing ‘Big Cat’ ever, without the straightline grunt of V12 Le Mans conquerors perhaps, but with cornering capabilities that made Martin Brundle laugh out loud. (And at this point we’ll quietly forget about the embarrassing F1 campaign that would follow 10 years later).

“The starting point was the question: How keenly can we interpret the regulations?” Brawn told Gary. “We took a very competitive interpretation of the rulebook from a structural and aerodynamic perspective.”

Typical Ross. He’d employ the same inquisitive approach at Benetton, Ferrari and most obviously at Brawn GP in 2009, when his ‘new’ team would leave Adrian Newey fuming by its use of the dreaded double diffuser. Indeed, on that occasion the days of the Jaguar XJR-14 came quickly to mind.

“That project provided a clear lesson about taking opportunities with new rules,” said Brawn. “It taught me that when new regulations come along you can’t start early enough on designing and developing a car. I think I can say it was probably significant in Brawn GP’s success in 2009.”

Brawn will no doubt be planning to pull off the same trick for Lewis Hamilton when F1 switches to its new turbo regs for 2014. He’s done it before. He can surely do it again. 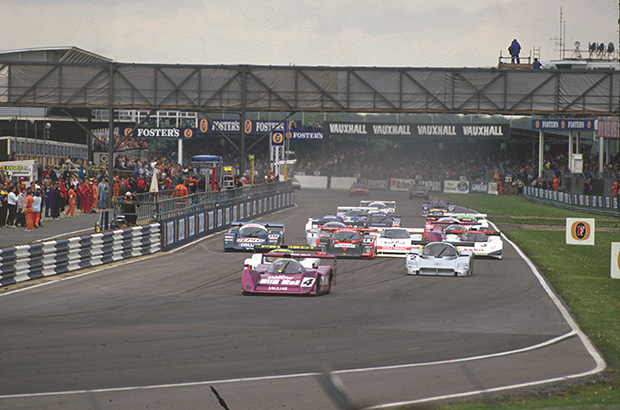 Elsewhere in the January issue, Simon Taylor and Nigel Roebuck offer a few gems – as usual. Simon meets IndyCar legend Rick Mears for lunch and is completely charmed by one of the most loved and respected gentlemen in American racing. Dario Franchitti will enjoy this one. Our own Indy 500 winner considers Mears as one of the best ever, and told us last month that Rick would be his pick to join him as a member of our Hall of Fame. After reading this lunch interview, I’d defy you to disagree.

Nigel, meanwhile, reflects on the tragically short life of Ricardo Rodríguez, younger brother of Pedro and perhaps the one who would most likely have become a World Champion had he not died 50 years ago in practice for his home Mexican GP. It’s a fascinating tale that kept us gripped as we put the pages together.

We had fun putting this issue together. I hope you’ll read and enjoy it as much as we did.