Andrew Frankel takes the wheel of the Birkin Blower, around Le Mans 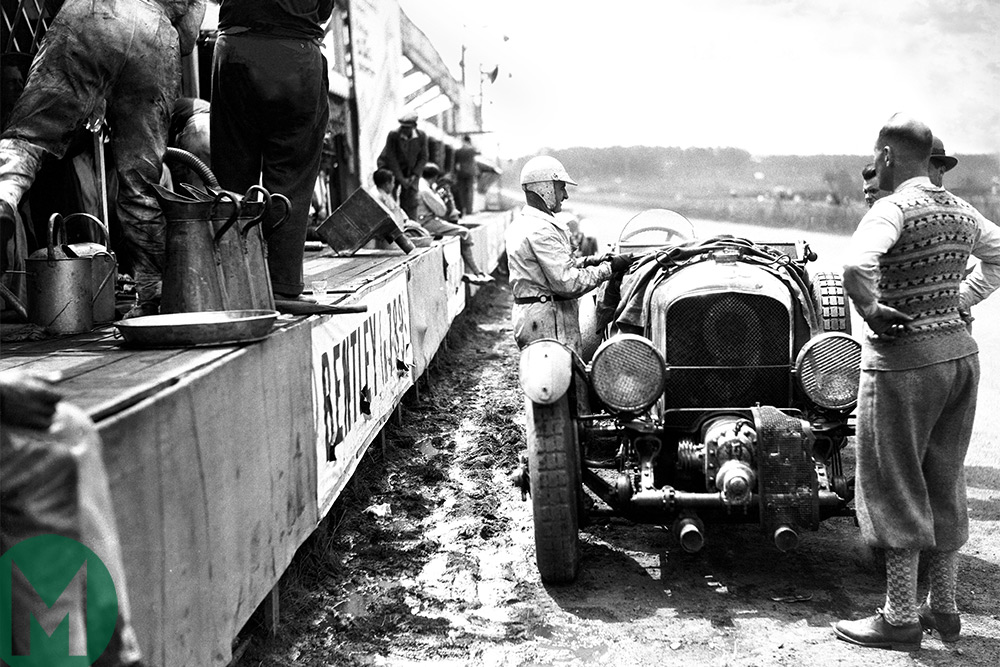 I think for most who remain schoolboys at heart there is usually a story we can recall hearing from childhood that captured our imagination more than any other. In my case the story involved a driver of incalculable bravery in a car of implausible beauty going up against a rival of indescribable villainy and, against impossible odds, somehow prevailing.

That, of course, was my interpretation of the facts as a seven year old. Sir Henry ‘Tim’ Birkin was as courageous as any who raced skinny-tyred leviathans before the war, but whether you consider his supercharged 4 1/2-litre Bentley to be beautiful or not is a matter for you. And I’ve known for a while now that Rudi Caracciola was no kind of villain at all, but back then I thought anyone who engaged my hero in mortal combat was, by definition, one of the bad guys. The German ace hardly helped his cause by doing so in a similarly supercharged SSK Mercedes with an engine more than half as big again as that under Birkin’s right foot.

The story is well known so I’ll keep it short: the Bentley team knew that in the single SSK at Le Mans in 1930 it had the greatest opponent it faced in the eight years it had been racing as a factory team, and in Caracciola one of the finest drivers the world had yet produced. So despite the fact that WO Bentley loathed Birkin’s supercharged cars and that, officially at least, they were entered not by Bentley by Birkin’s backer Dorothy Paget, it was agreed that Birkin should be the hare hoping to push the SSK faster than it cared to go. So off he hared from the start in inimitable style, chasing the Benz until he came up right behind it on the Mulsanne straight. It was narrower then than it is now, and if a car positioned itself right in the middle it was extremely difficult to get past unless…

Unless you took to the grass, which Birkin duly did at 125mph, despite the fact a sound like a shotgun going off had already told Birkin a rear tyre had shed its tread. On he thundered, undaunted, and instead of pitting for fresh rubber he broke the course record on the next lap, essentially on three wheels. Of course the tyre soon failed entirely, and by the time the car got going again its race was essentially run. But it had played its part: the SSK did indeed retire and handed victory to the slower and more consistent Speed Six of Woolf Barnato.

To me it didn’t matter that Birkin didn’t win the race, any more than it mattered that no supercharged Bentley ever won any major race in period. It was the combination of Birkin, his Blower and Le Mans that captivated my childish mind.

Related: Monoposto! – the tale of the Birkin Blower

So perhaps you can imagine how I greeted the prospect of driving his car? And this was not just down the street, but around as much of the current and original Le Mans circuit as I could, which was almost all of it.

Partly because it was owned by the Sears family for much of its post-race life and then bought by Bentley Motors, this is the most original of all the factory racing Bentleys. While the Speed Six that won Le Mans that day has become such a Trigger’s broom it required a court case to settle its identity, UU 5872 is very much today as it was then. And just to sit in that seat, hold that wheel, look at those clocks and press those pedals – all unchanged since Birkin was last here, was a privilege of indescribable proportion.

But I did more than that. I drove as fast as was prudent on the public road sections and, without taking the smallest risk, as fast as I could on the closed track. I heard for myself what the drivers called ‘that bloody thump’ from the engine, saw the needles of its chronometric gauges flick around their dials, and through the corners felt that massive chassis start to move around beneath it. And, no, I could barely believe I was doing it either.

So we made a small video about what it is like to drive, which I hope you find mildly diverting despite the sweaty and increasingly grimy driver. We shot it on one of the hottest days of the year, yet despite being asked to do endless high speed passes past the camera positions the car needed no special care or management at all. Which is more than can be said for its driver.

They say you shouldn’t meet your heroes. I say there are always exceptions to prove every rule, and this, believe me, was one of them.