Les Vingt-Quatre Heures du Mans held little interest for me. A motor racing fan since I was five years old, when my parents took me to Goodwood, it was Grand Prix racing that did it for me. The drivers were my heroes, I joined the BRM Supporters Club, my Dad read to me from his Motor Sport, and later we went to Silverstone, always in the same seats at Stowe. 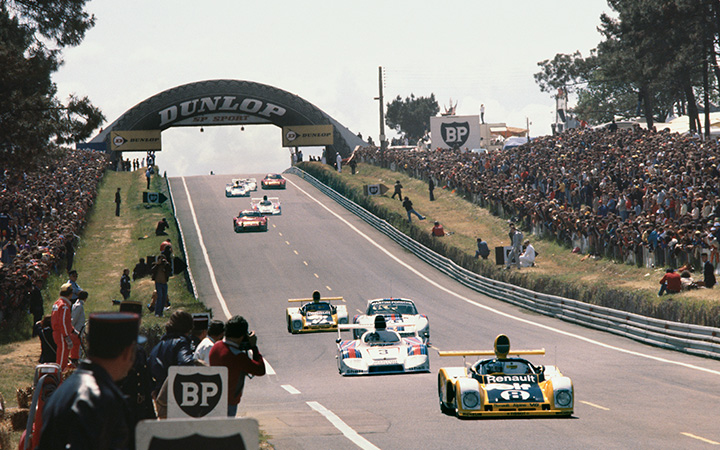 Then, on a school summer holiday, he took me to the Hotel de France in La Chartre, and there were the Ford GT40s in the courtyard, the signed photographs on the dining room walls, faces I recognised at the bar. This was in the weeks leading up to the big race, with John Wyer’s team based in this pretty little town south of Le Mans. The idea of watching cars race round a track for 24 hours began to appeal. 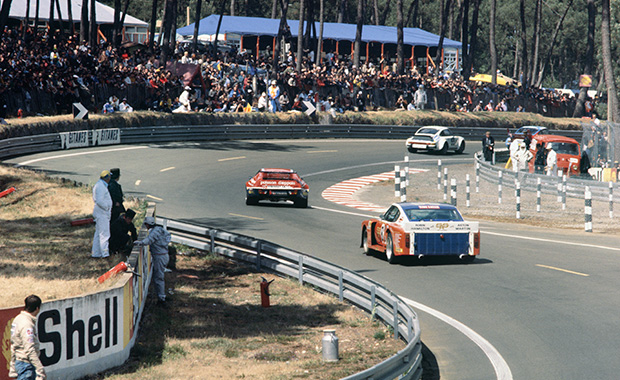 In the summer of 1977 I was working at Radio Victory in Portsmouth. On Thursday nights I presented a motor racing programme and had got to know Derek Bell, who lived along the coast in Pagham. Two years earlier he’d won Le Mans in John Wyer’s Mirage-Ford GR8 and Renault now had him signed up to help them win the biggest prize for any manufacturer, especially a French one. “You should come with us, make a programme,” said DB one day. So I went. My first time.

Having hired a Leyland van, I gathered up tape recorder, notebook and sleeping bag and headed for France. Maybe Derek would give us the story we all wanted – ‘local man wins Le Mans’ or “Lee Manns” as one of our newsreaders insisted on calling it.

Arriving in the little French town was exciting: signs to Arnage, Mulsanne, names from the magazines. A huge campsite, a funfair, lots of nice French things to eat, fellow Brits everywhere unpacking their tents and crates of beer.

The black and yellow Renault Alpine A442, with its 2-litre turbocharged V6, was fast but fragile. Equipe Renault Elf came to the race with huge expectations, not so much from the team, but from the patriotic fans who’d made the pilgrimage to see their team take the big prize. The company had spent a very large amount of money on this project, hired the best drivers, and now all it had to do was beat the Porsches. 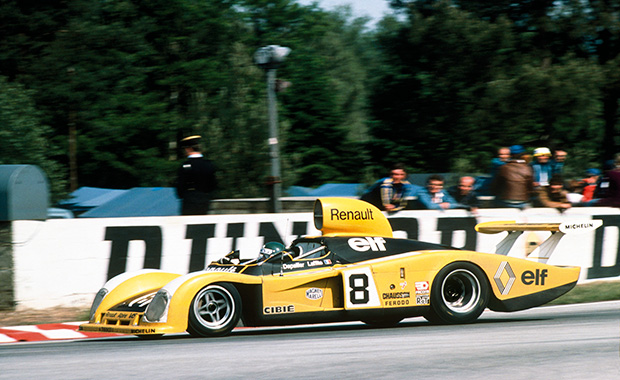 Things started well. Jean-Pierre Jabouille, sharing with Derek, put the car on pole, the sister car next to him, in an all-black and yellow front row. Lugging my Uher tape recorder, I followed the team’s every move and nothing was too much trouble for the squad of charming marketing people who looked after us. I was determined to stay awake, get the full Le Mans experience. Derek advised walking out to the Mulsanne at night, which I did, and there I understood what everyone had been raving about all these years. Even better was the run down to Indianapolis, the cars flashing between the trees. Sadly, some of the best vantage points are now out of bounds.

After 257 laps the Renault dropped off the lap chart. Engine failure. None of the Regie’s cars reached the finish, so no win for our local hero, and lots of tired, unhappy people. Time to go home. Jacky Ickx won in a Porsche after a drive that has gone down in Le Mans history.

In 1991 I went back, this time as a reporter for Screensport, tasked with live commentary.

As long as the Mazda 787B kept circulating, there was not a hope of sleep, so I volunteered for the shift that nobody else wanted. I very soon understood why. At 3.00am, on top of the grandstand opposite the pits, I sat in a small, cold, dark room with a monitor that showed only a locked-off shot of the pitlane and a similar static shot on the Mulsanne. Every now and then something happened out there in the darkness, a car came in, a car went out, not a lot to say. I am rarely lost for words, but I was that night. 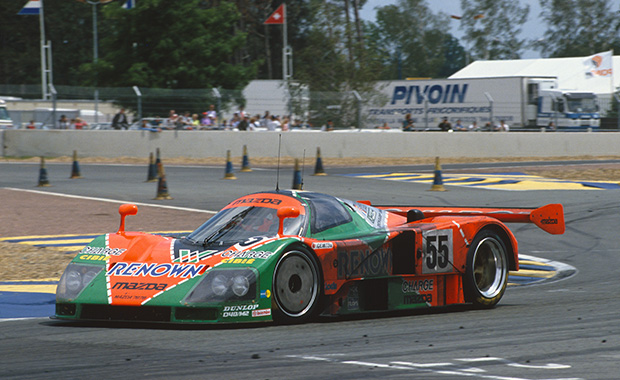 I didn’t like Le Mans very much as I finally walked down from my perch, lay down in a portacabin and listened to Johnny Herbert and Betrand Gachot screaming round in that Mazda.

For the final hour of that race I was dispatched to the pitlane and things got a great deal better as it became apparent that the Mazda was going to win. As Herbert crossed the line, utterly exhausted (him and me) I ran to the Mazda pit, brandishing my microphone, urging the cameraman into the throng. In my headset I heard the transmission director utter these unforgettable words. “Rob, get in there, give me weeping Japanese, get me Johnny Herbert!” It still makes me laugh all these years later.

A few years ago I went back, this time to see the Audis in action. I will be there this year, to witness what we all hope will be a titanic battle.

Can Audi win yet again and overcome the speed of those Porsches? I have long ago been converted and am now a huge fan of this extraordinary motor race. The event just does that to people, it sucks them in, immerses them in the sheer spectacle of it all. It’s going to be a vintage year, and I’m just happy I eventually discovered the unique motor racing experience that is the 24 Hours of Le Mans.