5am, Thursday morning. I’ve locked the front door, duvet and pillow under one arm, travel bag in the other and stumble bleary-eyed to the car as I spot my next-door neighbour starting his. He winds down the window: “Early start?” “Yeah, I’m off to the Le Mans 24 Hours,” I reply. “Me too,” he grins back.

What a coincidence. I had no idea he knew of ‘my’ world. Turns out he’s yet another moth-to-a-flame pilgrim to the world’s greatest motor race. 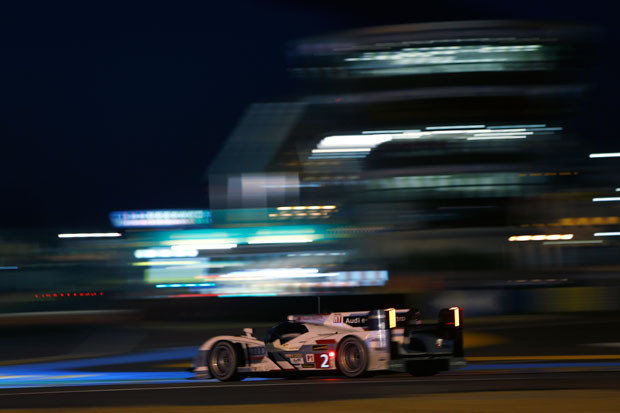 An hour later I pick up colleague Simon Arron and we head towards Folkestone for the Channel Tunnel. We’re still on the A20, within the bounds of greater London, when we spot our next pilgrim: a Porsche 914 carrying a natty livery of the 24 Heures du Mans.

Next up is a fabulous Talbot Sunbeam in full rally livery, driver and co-driver wearing large (and very period) earphones as if they’re between stages on some long-forgotten RAC. We assume they’re heading to Le Mans, anyway. If not, this crew are a long way from Kielder and Grizedale.

Once into France, we stop immediately to pick up the breathalysers, high-vis vest and warning triangle that French road laws demand – and we have forgotten. At the pumps, a Dino fills up ahead of a beautiful Bentley 4 ½. Across the way, a modern Merc CLK carries Moss ’n Jenks 722 colours, while a Range Rover and BMW 730d blatantly flaunt France’s zero-tolerance for fag advertising, boasting large JPS logos on their black flanks.

Nothing out of the ordinary here, then.

Le Mans is as much about the journey as the weekend itself for the many thousands who trek to the Sarthe region. But there’s little to revel in right now. Heavy rain meets us as we set off across northern France, counting our blessings as our Audi A4 ‘All-Road’ wafts past a couple of sopping Caterhams. Oh, the romance.

A road closure in Rouen forces us off piste at the very first road sign for Le Mans, but it’s a blessing. We take the ‘N’ roads, just like we used to, and unspoilt, beautiful, ‘real’ France passes by us as we wend our way through postcard villages and tree-lined avenues. No longer the trunk routes, these roads are quieter than they used to be and we reach Le Mans only slightly later than planned. I’d recommend it, if you have the time.

The Circuit de la Sarthe looks glorious on a sunny afternoon, only the churned up fields and campsites a tell-tale of the heavy rain that blighted the previous day (and most of this summer). Still, the guys at the Motor Sport campsite, run in association with our friends at Speed Chills, are still smiling. That beer looks good as they sip away in the Clubhouse. But we tear ourselves away to head to the paddock.

The Legends practice is just finishing and our man Ed Foster is on the timing screens in his MGB. Sadly, a slipping clutch has ruined his debut on the great circuit. He faces a day of sourcing parts to be sure of racing on Saturday morning. He’s a man of mixed emotions right now, still buzzing on the high of lapping the great circuit, then worrying about what is to come when the search begins in the morning.

Soon, the main act takes to the stage – but the rain returns. Soaking in some places, dry in others, the teams can only lose in these conditions and they are frustrated – especially with more than 60 drivers still to qualify following the curtailed session on Wednesday. When the night session begins this time, the track is still damp and times are meaningless when it comes to grid position. The sting is taken from the race’s pre-story, as teams simulate race runs, refine set-ups and assure their drivers qualify.

Loic Duval’s pole position time from Wednesday of 3min 22.349sec was never threatened, but as midnight approached the order was shaken up. The number one Audi – winner at Le Mans for the past two years – had been third best the night before. But in the last half-hour dash, after a second red-flag stoppage had disrupted the session, Andre Lotterer posted a 3min 23.696sec to push the number three car of Lucas di Grassi, Oliver Jarvis and Marc Gené off the front row.

Allan McNish, who shares the pole car with Duval and Tom Kristensen, described the two days of practice and qualifying as “nuts – I’ve never gone into a 24-hour race with so little mileage.” But there’s little doubt that the trio of Audis head into the 90th anniversary Le Mans 24 Hours in forebodingly strong shape. Unless Toyota’s greater efficiency or rain – that great leveller – comes into play (more than possible!), it’s hard to see the German giant losing its 12th victory at the race.

Stéphane Sarrazin gave his all in the final night session and improved the number eight Toyota’s time from Wednesday, leapfrogging its sister car to go fourth. The Frenchman’s time of 3min 26.654sec was just two hundredths better than the number seven Toyota’s best – but a full 4.3sec slower than the pole winner. 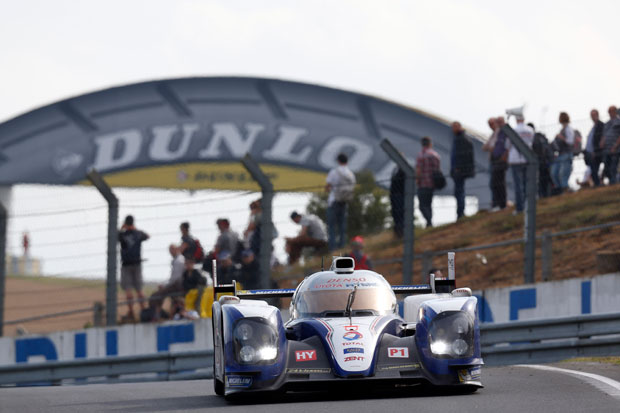 Aston Martin took the honours in the opening GT duel with a qualifying one-two, the number 99 car of Fred Makowiecki, Rob Bell and Bruno Senna pipping Peter Dumbreck, Stefan Mücke and Darren Turner. The returning factory Porsche team lines up third, thanks to Marc Lieb, Richard Lietz and Romain Dumas, ahead of the first Ferrari of Gianmaria Bruni, Giancarlo Fisichella and Matteo Malucelli. 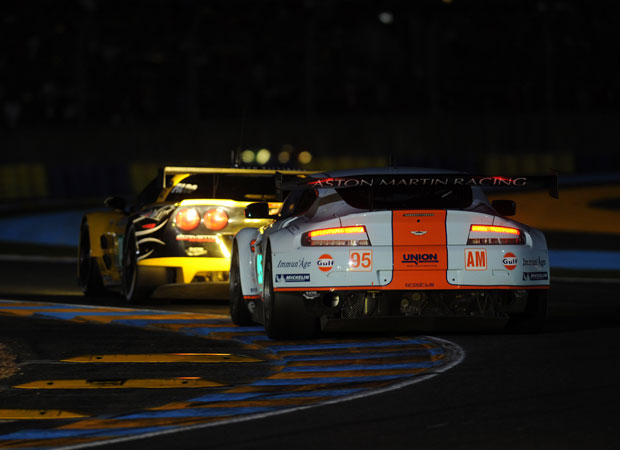 The biggest story of the week so far has surrounded the legal rows that have engulfed the Lotus LMP2 team, but that should change tomorrow. It’s press conference day at Le Mans as track action ceases, and Nissan will be hoping to steal the headlines by unveiling its novel challenger for Le Mans 2014. Tune in tomorrow for details.