Everybody loves a trier – although I’m not sure that the world’s biggest manufacturer of cars will (initially) thank me for calling it such. 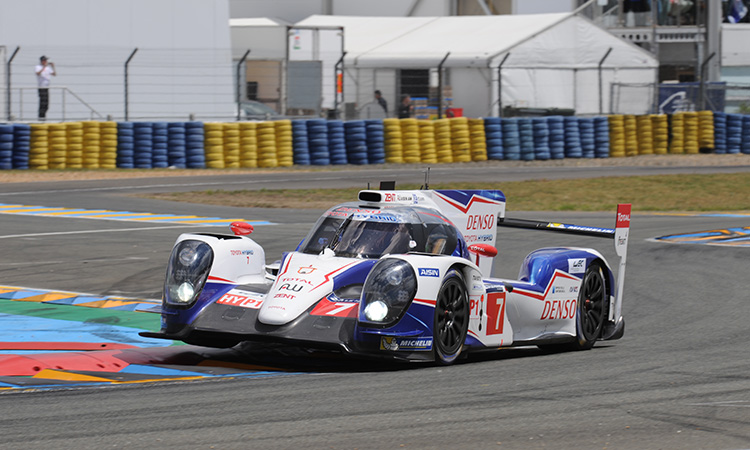 Admittedly Toyota is today more of a player than a trier at Le Mans – its TS040 Hybrid was the fastest car in the joint last week – but once again it has tried and failed to win the world’s most famous endurance race.

It’s a quest that stretches back to 1985, when Satoru Nakajima/Masanori Sekiya/Kaoru Hoshino finished a respectable – and encouraging – 12th in an 85C-L fitted with a turbocharged 2.1-litre ‘four’.

The 15 attempts since have yielded a brace of second places, a heap of heartache – and much goodwill from the fans. 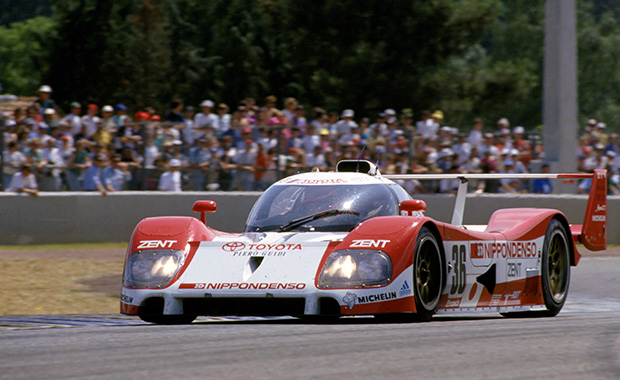 Those seconds occurred in 1992 and ’94. The former saw designer Tony Southgate’s handsome TS010 outrun by Peugeot. The latter, however, was an agonising and emotional near miss.

The reworked ex-Group C machine that should have been co-driven by the late Roland Ratzenberger – his name was still carried by the car – was leading with 90 minutes to go when a weld in its gear linkage sheared as Jeff Krosnoff passed the pits.

Toyota finished fourth that year, too. Among the drivers of that second entry was a 50-year-old from Strasbourg, who had suffered his fair share of disappointment.

That was Bob Wollek’s 24th start at La Sarthe since 1968. Though he scored three second places – to add to that of ’78 – in his next four, this ex-ski star and four-time winner of the Daytona 24 Hours, never would number the victory he most craved on his CV. 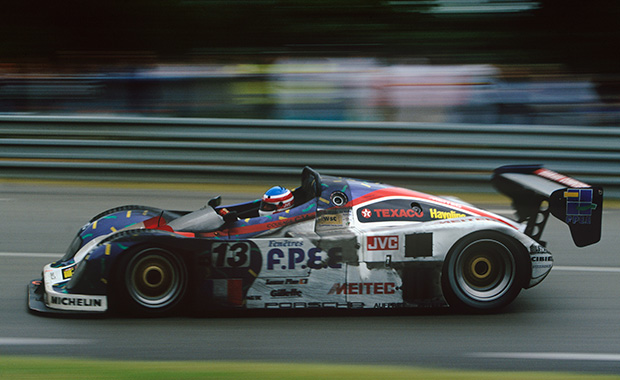 In 1995, he shared a Courage-Porsche with Eric Hélary – winner on debut with Peugeot in ’93 – and someone who also spent more than 30 years, on and off, trying to win the thing: Mario Andretti.

The latter ultimately drew a Le Mans blank, too. But at least he won the Indy 500. Once.

The luck ran with Andretti at the Brickyard on that occasion. First, he emerged relatively unscathed from a practice crash caused by a hub failure on his 4WD Lotus 64. Second, he was able to switch to his back-up Hawk when Lotus’s Indy story ended in ignominy.

He enjoyed a third slice of luck to go with his brilliant adaptability and ferocious competitive instinct: his rival-most-likely that day was Lloyd Ruby.

The fast-driving, slow-talking Texan was star-crossed at Indy. Having finished top newcomer in 1960 – when Jim ‘Herk’ Hurtubise, the sensational fastest qualifier, was selected as Rookie of the Year – Ruby finished third in ’64. 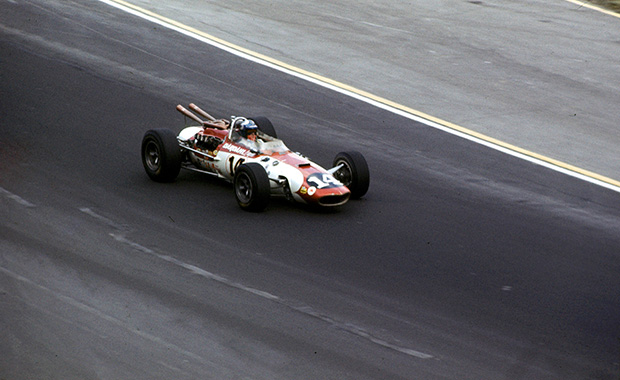 In 1966, now driving a Dan Gurney Eagle-Ford, he looked set for victory until a bolt from a cam cover stud came undone and the escaping oil cost him the lead at three-quarter distance.

In 1968, a magneto coil on his Mongoose’s Offenhauser failed when victory was just 25 laps away.

And in 1970, having whipped through the field from 25th on the grid to lead by the 50-lap mark, he suffered an engine failure.

He only had himself to blame in 1969, however. A fraction too eager to rejoin after his halfway pit stop, he dropped the clutch before one of the two fuel hoses had been disconnected. The car lurched three feet and the force ripped the side from the tank.

Mario never would, however, secure racing’s Triple Crown: the F1 world championship, the Indy 500 and Le Mans. Not like Graham Hill did – thanks partly to Ruby (see 1966, above). 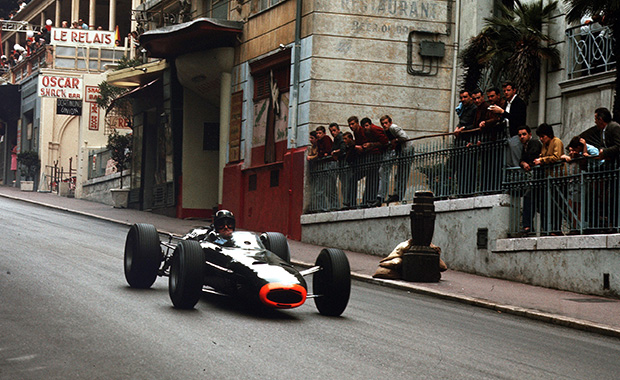 It’s a funny old thing, luck (when allied to talent, that is). Hill, supposedly hard on his cars’ brakes and gearbox, couldn’t stop winning at Monaco, whereas the silky smooth Jim Clark couldn’t buy a victory there.

Yet Hill never won the British GP in 17 attempts, while Clark won five from six from 1962. The latter twice denied the former by a second or three – in ’64 and ’65 – but when these roles looked likely to be reversed at Silverstone in ’67, a bolt fell from the rear suspension of Hill’s Lotus 49.

Rallying also has its anomalies. Colin McRae, for instance, never did win the Monte Carlo Rally, while perma-rival Tommi Mäkinen never finished better than third on the RAC. 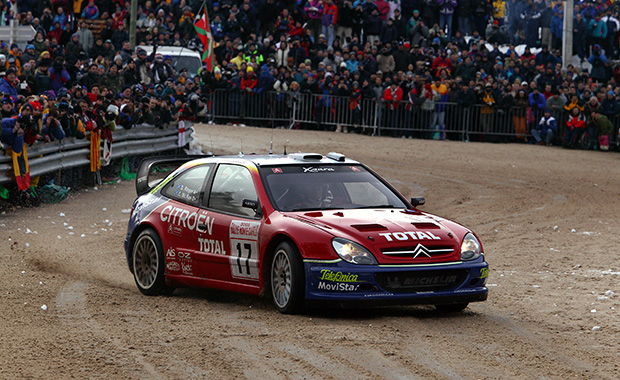 But few could match Finn Rauno Aaltonen’s determination when it came to trying to win the Safari. ‘The Professor’ on the thinking man’s rally should have been a cinch. Yet he tried 19 times from 1967 to ’87 and ‘failed’ each and every time.

He might have done better to switch to rugged Toyotas.

Once Aaltonen’s Manta 400 had developed clutch slip while leading in 1984, the Celica of Björn Waldegård moved ahead to score that marque’s first win on this demanding event. 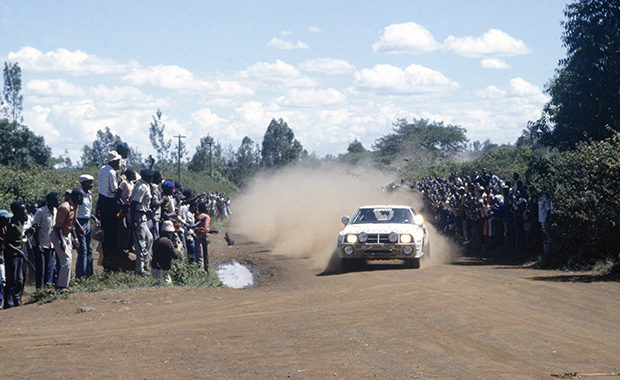 Aaltonen, Andretti, Clark, Hill, McRae, Mäkinen, Ruby and Wollek: that’s a pretty classy line-up, universally admired for how they lost as much as what they won.

Toyota, no doubt disappointed about another Le Mans defeat, should take comfort from that.