It was a dark and stormy race… The 2001 24 Hours of Le Mans was certainly a baptism of fire. In fact, the extended periods of torrential rain that lashed the Loire Valley made that year’s edition of the twice-around-the-clock enduro one of the most brutal of all time. 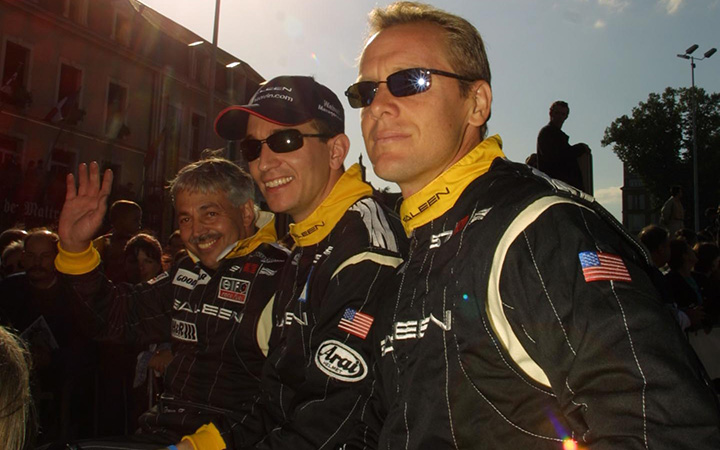 My first experience of the French classic definitely stands out as one of the hardest of my career, but I look back at the race with pride, because I was involved in a great David and Goliath-style tale, driving alongside Franz Konrad and Terry Borcheller for the relatively small Saleen-Allen Speedlab squad, against the might of the factory Corvette Racing team. 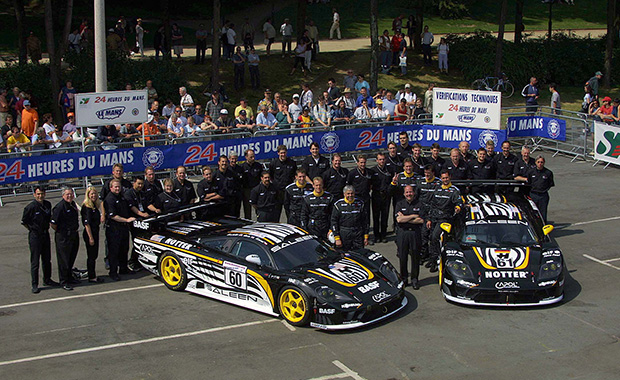 We arrived at Circuit de la Sarthe off the back of a surprising victory on the Saleen S7R’s debut in the 12 Hours of Sebring. The car had never run for more than three hours in pre-season testing so nobody expected it to last, but we ended up taking pole position and translating that into a race win, beating the Velocity Yellow Corvettes.

All of a sudden, our GTS rivals stood up and paid attention and we headed to central France confident that the #60 car would be fast, but unsure how the story would unfold.

As at Sebring, pole position was ours. Franz elected to start the race and, using his many years of experience, instilled a sense of confidence within the Speedlab garages, a strong belief that we could survive and overcome the treacherous conditions.

However, we would be punished for our complacency when a freak shower between Arnage and the Porsche Curves caused a series of crashes involving as many as 15 cars, including ours.

A spin sent Franz into the Armco, necessitating extra pitstops to repair a damaged rear wing and rear deck, and I suppose this is where the larger and experienced teams come to the fore, as Corvette Racing wisely split its tyre strategies and simply drove around the carnage to establish a healthy and ultimately indomitable lead. 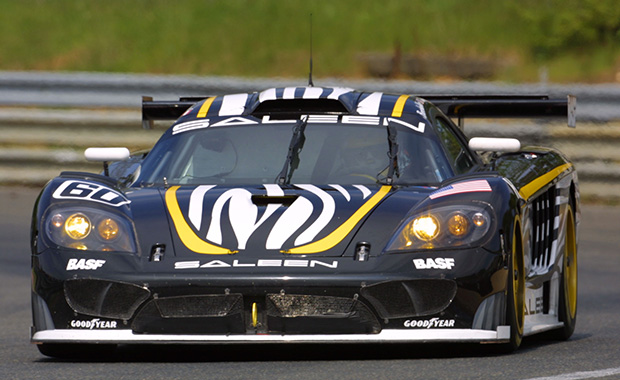 There were many times when I asked myself how the organisers could allow the race to continue as conditions worsened. It’s quite something when you’re aquaplaning on the Mulsanne Straight with zero visibility through a fogged up windscreen, trying to spot your braking point by gazing through the side windows for road markings and other landmarks, while listening intently to the engine notes of the cars ahead of you.

A stick with a sponge taped to the end accompanied Terry, Franz and I in the cockpit; the Saleen’s gullwing doors would send rainwater into your lap and the car’s electronics during the stops, only for the moisture to then accumulate on the inside of the windscreen.

As a result, misfires and other strange problems developed, but we kept plugging away and the #60 S7R was in an ideal position to grab a runner-up spot in the latter stages of the event but lost an engine cylinder with little more than three hours remaining.

The Speedlab crew repaired the ailing V8 engine for one last tour of the French countryside, having already completed the necessary laps to earn an official finishing position.

As I’ve always said, finishing is a victory in itself and that was never truer than in 2001. Proudly carrying battle scars and limping home on seven of its eight cylinders, Terry took the #60 machine over the line, third in the super-competitive GTS class, etching the Saleen name into the Le Mans record books. 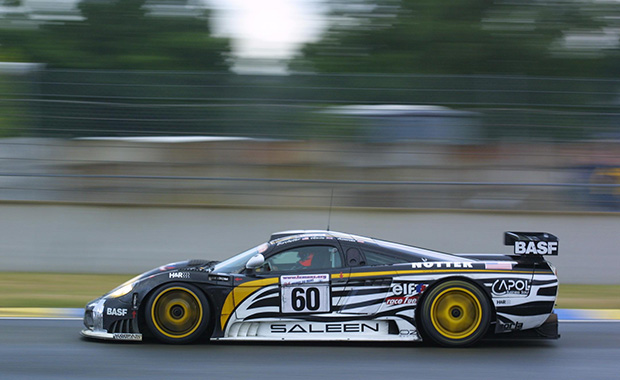 My maiden Le Mans was an extreme experience and coming through such an ordeal taught me a huge amount, standing me in good stead and setting me up nicely for everything the French endurance classic has thrown at me since first entering the Corvette Racing fold in 2002.

I have taken the start of the 24 Hours on all but one occasion since. I have a good feeling for how to drive the opening stint of the race, but I also know that once you get past those first few laps, it’s pretty much all out of your control.

Of course, the story of the 2015 24 Hours of Le Mans is yet to be written; I’ll probably draft the first chapter and then the plot will thicken with unexpected twists in the tale, inevitable moments of doubt and dramatic swings in fortune, building towards a tense and emotional climax.

You throw in other variables like changes in climactic conditions and driver error, as well as the challenges associated with racing during sunset, the hours of darkness and sunrise and you have a masterpiece on your hands. These are all parts of the narrative and Le Mans is one of those books you just can’t put down.