Fernando Alonso rightly took the headlines at the Le Mans 24 Hours, says Dickie Meaden, but there was so much more to appreciate in this year’s race 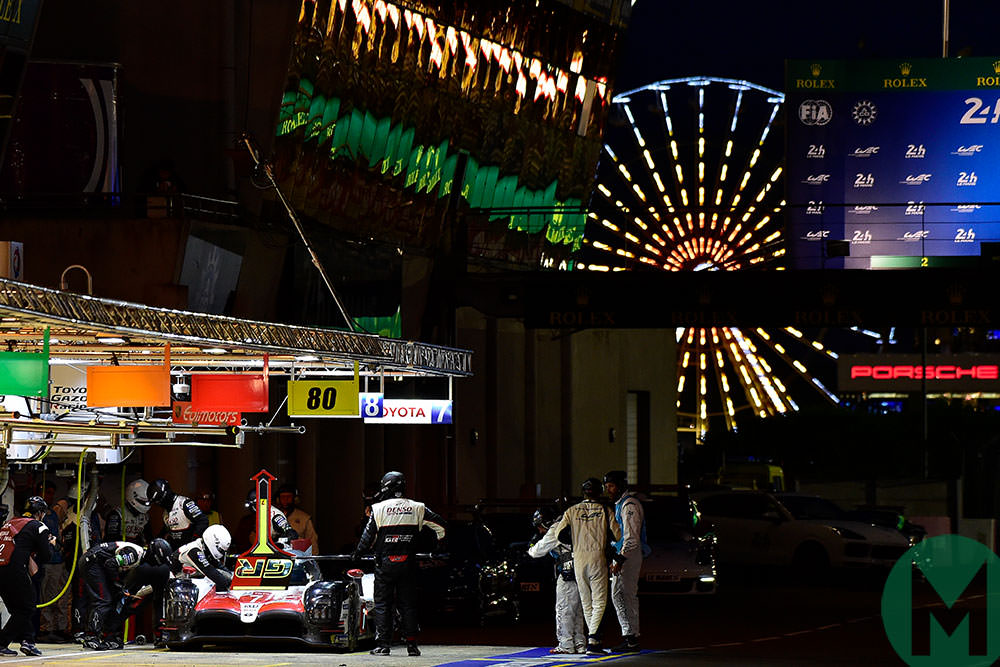 I haven’t made the pilgrimage to the Le Mans 24 Hours for longer than I care to admit, so it was good to be back this year and discover that I still feel the same heady surge of excitement and anticipation on arriving at the circuit.

I’m sure I’m not alone in saying it’s the sounds of Le Mans that are often more evocative than the sights. Hearing car after car dance through Tertre Rouge and take ever-taller gears before holding full-throttle in top gear on the run into the first chicane is one of the greatest soundtracks in motor sport. If someone produced an album I’d buy it.

Of course, the biggest story of this year’s race was Fernando Alonso’s tilt at a win. Rightly so in my book. His attitude was exemplary, his driving otherworldly and his smile during and after the race a refreshing change to the often sour-faced fizzogs we see stalking the garages and pit lanes in Formula 1.

Nevertheless, the lack of hybrid-powered, factory-backed opposition to Toyota made the LMP1 class a curious affair. It really was its race to lose, but this somehow made the commitment seem all the more valiant. The Toyota team refused to be beaten by a race that has repeatedly slapped it down in the past. What I found remarkable was the sheer pace of the race. They only had themselves to fight, but Toyota’s two TS050s were leaving little or nothing in reserve. It was almost as though they were trying to outrun the ghosts from the past.

You will have read and seen how quick these hybrid LMP1s are, but the speed they carry really does blow your mind. The privateer LMP1s were also something to see, the Rebellions in particular looking and sounding like feisty, physical machines to drive, especially in comparison to the imperious and utterly planted Toyotas. They might have been left gasping, but the Rebellions never stopped pushing.

As ever, the LMP2s were going at it hammer and tongs like it was a 24-lapper not a 24-hours. It’s a shame they all look and sound largely the same, but there’s no denying the ferocity of the competition amongst these second-tier prototypes.

Without Porsche and Audi to slug it out with Toyota at the front of the field, it was the GTE Pro category that was left to deliver the big-budget inter-marque and intra-team battles. And boy, did we get some action. At times it was all-out war between the factory Porsches and Ford GTs, Andy Priaulx and Sebastien Bourdais engaging in a wheel-to-wheel war with the Rothmans-liveried 911 RSR for lap after breathless lap. It was epic stuff. Marginal at times, but a highlight of the race for me, along with the ‘Pink Pig’ winning the GTE Pro class.

Further back in the pack the Corvettes were thunderous as ever, but were having a muted time in the race. As were the new Astons, which looked fabulous but struggled for pace throughout the weekend, despite being given an additional Balance of Performance (BoP) concession between qualifying and the race. I’m no fan of the BoP, but understand the logic behind it when applied fairly. Still, as a fan, it’s hard to understand and harder to accept seeing Aston and Corvette (and Ferrari, for that matter) being sidelined.

It says a lot for the drama that Le Mans so often serves up that a race in which Toyota scored its first win in three decades of trying and a multiple F1 World Champion took his second step towards the triple crown is deemed to be lacking in excitement. No, it wasn’t an all-time classic, but it’s unquestionably a year that will jump out from the history books. One that I’m glad I can say I witnessed firsthand. Further proof, if proof were needed, that there’s no race quite like Le Mans.