It was the first French car to win Le Mans since 1950, making Graham Hill the only driver in history to secure motor racing’s unofficial Triple Crown.

It was also the culmination of Jean-Luc Lagardère’s seven-year project to win the endurance race with Matra.

But, after slipping into a well-deserved retirement as a museum piece, the 1972 Le Mans-winning Matra-Simca MS 670 is back at the centre of attention after being put up for sale.

The car is due to go under the hammer at next February’s Rétromobile show, with an estimate of between €4m to €7.5m (£3.6 to £6.8m). Pescarolo called the car a “monument of world and French motor sport”, and said that he feared it would be sold to an overseas buyer, removed from display in France and taken out of the country.

Matra’s 1972 Le Mans victory was the start of a golden spell for French endurance racing, with the team going on to record three consecutive wins.

The company had made its race debut in 1966, and viewed 1972 as the year that it would finally challenge for victory in the sleek, V12-powered MS 670.

Alongside rising French star Pescarolo was the veteran Hill — a choice that his team-mate didn’t initially embrace.

“At first I said, ‘No, I don’t want him,'” he told Motor Sport in 2007. “I was concerned about how he would cope with the conditions, the dangers. Le Mans is so different from F1. I said ‘What if it’s raining in the night, or there’s fog in the morning, do you think he will be prepared to take risks?’

“I was still a young driver,” says Pescarolo. “Graham Hill was a legend. I had never even spoken to him. But eventually I said, ‘Okay, I will drive with him.'”

Pescarolo Sport had garage number one at Le Mans this year, pole position in one of the world’s most recognisable pitlanes. The French team enjoyed this honour thanks to its…

Helped by the withdrawal of Ferrari, the blue cars led from the front; Hill and Pescarolo in the No15 car battling for the lead with team-mates Howden Ganley and François Cevert in the No14 Matra.

There was rain – unpredictable and intermittent – but Pescarolo soon relaxed. “he was bloody quick of course,” he said. “When I looked at his lap times during the night, and in the rain, I thought, ‘Okay, I can sleep now.'”

A Matra win looked increasingly secure on Sunday, but the victorious car was still in doubt. As Ganley tiptoed cautiously round the wet circuit on slick tyres, late on Sunday morning, he was hit by the Chevrolet Corvette of Marie-Claude Beaumont and limped to the pits for repair work that would put his car nine laps down on the leader — still second.

The result was a comfortable formation finish, with Matras first, second and third in a race made trickier by the intermittent rain.

“There was an explosion of joy after the race,” Pescarolo said. “Right through the night, with champagne at a big Moët et Chandon party. Then the whole team went to lunch with President Pompidou at the Elysée Palace. Incredible.

“Matra had been trying to win at Le Mans for so long and now they had their first victory. It was absolutely fabulous for them and for me. Everybody was calling us the Matraciens, the men of Matra. We had been really ready to kill ourselves for the team.”

It’s that passion that appears to be behind the row over the Matra’s forthcoming sale. The car is currently owned by the Lagardère Group, a publishing and retail company run by Jean-Luc’s son, Arnaud Lagardère, and is on display at the Matra museum in Romorantin, in the Centre-Val de Loire region.

The cash-strapped group, which used to own Matra Automobiles, said that it was selling the car after being ordered to pay €4.2m in a court judgement related to former Matra employees.

“Our wonderful memories of Matra’s part in motor racing history are no compensation for the Lagardère Group’s obligation to honour the consequences of an unfavourable court ruling,” said Thierry Funck-Brentano, co-managing partner of the Group. “Hence the decision to offer at auction, in total transparency, the 1972 Le Mans 24 Hour-winning Matra.” 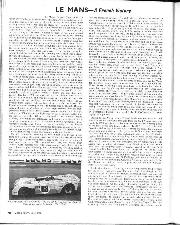 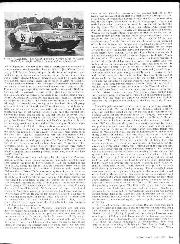 -A French Victory Le Mans, France, June 10th/11th The 1972 Le Mans 24-Hour Race, or Grand Prix of Endurance as it is called officially, will not go down in history…

Pescarolo’s view is somewhat different. “Arnaud Lagardère is destroying everything that his father created,” he said.

The six-time Le Mans winner has described his attempts to get the car classified as a historic monument, which would prevent its export.

We tried several years ago to get the cars in the museum classified,” said Pescarolo. “There are many that tell the story of the Matra and Jean-Luc Lagardère legend but the group has refused.”

Funck-Brentano responded in the French media, saying: “I did not appreciate the disparaging comments made by some in the media targeting Arnaud Lagardère, who is not the owner of the MS 670 and who therefore had no personal interest in selling it.”

Motor Sport has contacted the Lagardère Group for comment.