If the season so far had not provided all the evidence you need of Audi’s dominance of sports car racing, then the times from this weekend’s test day most certainly did.

Audi is a team that subscribes fully to WO Bentley’s view that far from making its cars go as fast as it can, they should in fact go as slowly as possible to get the job done. And even in 1929 when Bentley won Le Mans so slowly one of his drivers solicitously enquired if it might not be better to ‘get out and push the bloody thing’, this was not to preserve the machinery but to keep its true speed from the opposition. 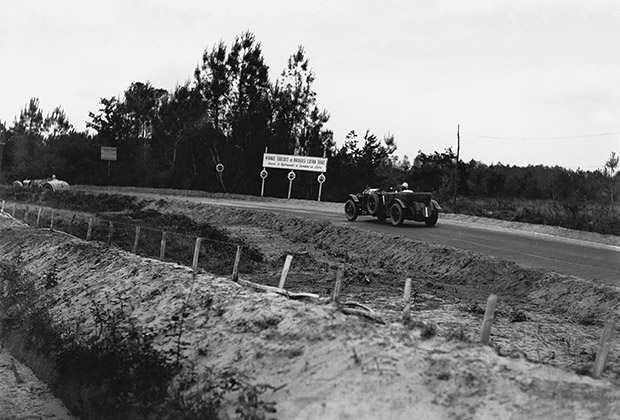 And yet Audi’s times this weekend were still the first, second and third fastest of the day, Loïc Duval’s 3min 22.5sec lap being fully five seconds quicker than Stephane Sarrazin’s best time for Audi’s only rival, Toyota.

Explanations came thick and fast – the Audi was in qualifying trim and Toyota claimed not to be trying for lap times but five seconds? In qualifying for last year’s race the gap between the fastest Audi and even the slowest Toyota was 1.7sec… This will be the 14th year in which a Toyota has raced at Le Mans and despite claiming all the minor bragging rights – pole, fastest lap, highest speed on Mulsanne etc – along the way, the top step of the podium has remained out of reach and I fear much the same for 2013. Even Toyota top brass have been quoted as saying its chances in France this year are ‘very, very small’.

Still there are some reasons to think Toyota may make a race of it: it may be the team really wasn’t trying very hard at the weekend to go fast, recent rule changes have allowed them another three litres of fuel the diesel powered Audis won’t be getting and it does seem the TS030 is lighter on its tyres. 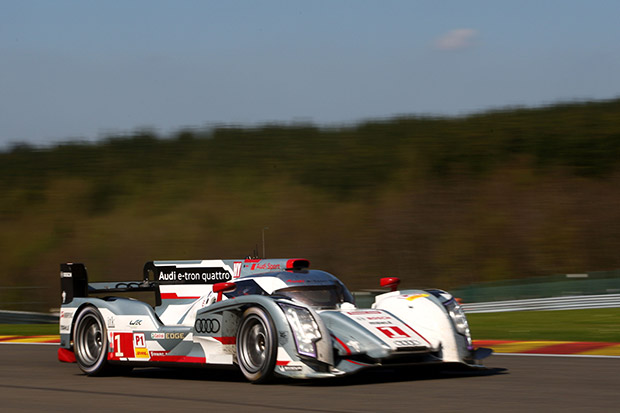 But time and again we have seen that even when it goes horribly wrong for Audi, they usually win. The statistics show that Audi has only failed to win three of the 14 Le Mans it has entered, but even this data is misleading: one of these losses was its very first attempt and another when the factory team took a year out, leaving a brand new Bentley run by Audi’s pit crew and using an Audi engine to fight off older Audi R8s run by private teams. Truth is that since its first Le Mans win in 2000, the works Audi team has been beaten just once, by Peugeot in 2009. No manufacturer, not even Porsche in its Group C heyday has come to dominate this event for such a long period of time.

Which is why it’s entirely understandable that people would like Audi to acknowledge it has made its point very well and should now let someone else have a go. It may not be a representative sample but the poll on the Motor Sport website asking browsers to name their favourite Le Mans winning manufacturer is fascinating: as I write Audi is down in sixth place, ignominiously behind the marque known only as ‘Other’. Nor is this because we hate being beaten by the Germans: the most popular manufacturer in the poll is Porsche with almost five times as many votes as Audi. Nostalgia? Perhaps, but can you see Audi garnering Porsche level of support 15 years after its most recent Le Mans win? Me neither.

But for myself I hope Audi stays. I think total dominance of any event by any team or individual is monotonous, and it’s one reason I’ve not been to Le Mans in a while. I also don’t like diesel because at night it means that not only can’t you see the cars, you can’t hear them either. And yet any victory today achieved without beating Audi will be, if not hollow, then surely less satisfying as a result. Le Mans’ greatest moments usually come when one great factory team beats another, be it Bentley beating Mercedes in 1930, Ford beating Ferrari in the 1960s or Jaguar beating Porsche in 1988. And you can hardly blame Audi for doing its job too well. 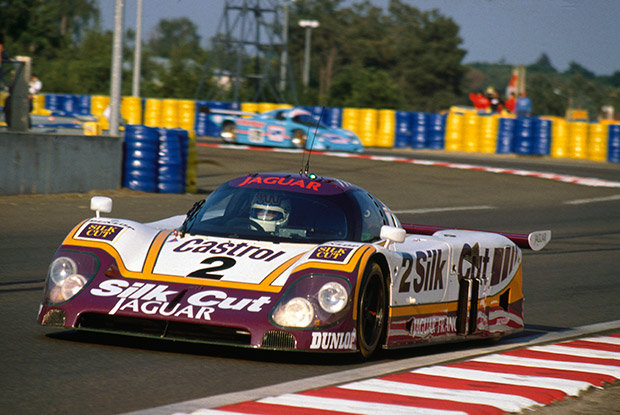 I for one would feel robbed if Audi withdrew from racing at the end of this year, and denied us the chance to see how it fares against factory Porsche prototypes in 2014: every victory would seem qualified. From Audi’s point of view too, the ultimate accolade still awaits: there is no team in sports car racing with a bigger reputation to uphold than Porsche, nor any with more victories at Le Mans. Beating Porsche at Le Mans will count for more than all those other triumphs over comparative minnows put together, and Audi will dine out on it for decades to come. If you don’t believe me, ask Jaguar. It still does.