While Martin Brundle got back behind the wheel of his Jaguar XJR-12 for this month’s magazine, Motor Sport talked to Liz Brundle about being a wife and mother to racing drivers 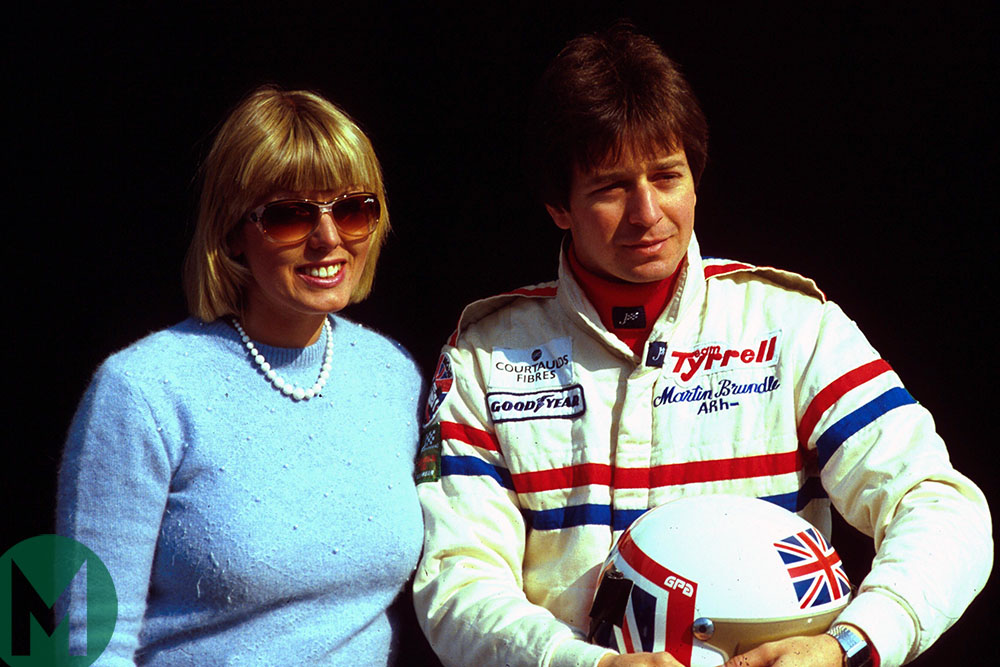 Martin Brundle is reunited with the Jaguar XJR-12 that he drove in his Le Mans-winning year, for the current issue of Motor Sport.

Brundle, the Jaguar and Tom Walkinshaw, who led the team, proved to be an unbeatable combination, but there was also a crucial member of the team who earned rather less publicity.

Liz Brundle, Martin’s wife, has not just watched Martin’s career, but now that of their son, Alex, who was also able to drive the XJR-12 for the first time.

She also knew Tom Walkinshaw, and describes how he helped bring Martin out of his shell and give him the confidence to become a world-class driver.

“Tom was a mentor for Martin,” she says. “I don’t think Martin ever had a contract with Tom. It was always just a handshake. That’s just the way you did it in those days. There was complete respect for one another.

“One year – I think it was at Daytona – Martin called me and said, ‘It’s not going well, I don’t think we’re going to win the race.’ Martin was very protective of his car and would do everything to make the car perform to its best on track. It got toward the end of his final stint and the race, and Tom took him out of the car, and said ‘You’ve had enough, Martin’ and Martin was protesting, saying ‘I’m fine, I’m fit, I can do another stint. Leave me out!’ but Tom wouldn’t have it. Martin walked off, around the team truck and promptly collapsed on the floor, where Tom found him.

“We had a lot of success with Tom, it was great. Tom looked after Martin and in turn Martin would give Tom everything he’d got.”

So, what does she make of seeing her son follow in Martin’s footsteps today with the Jaguar?

“To see Alex get into the Jaguar is quite strange,” she adds. “I was six weeks from having Alex when Martin won the race [1990 Le Mans] and I was at the track. I kind of blame myself for the fact he’s become a racing driver because he was exposed to all the sounds of the engines. I think it must be really exciting for him to get in a car that his dad won Le Mans with.

“I love this car. I have been around in it, after Martin won Le Mans. We came to Silverstone, and they put me in a passenger seat and Martin took me on a full flying lap. Tom Walkinshaw was kind enough to organise it.”