The best way to take Eau Rouge and Raidillon? With Jochen Mass in a Porsche 956 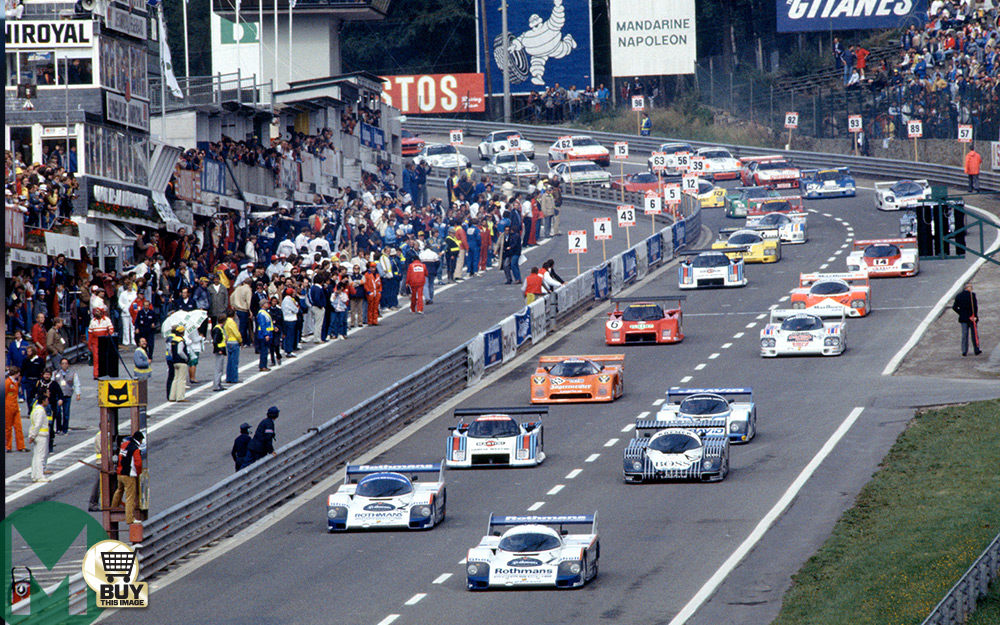 This weekend the World Endurance Championship (WEC) visits Spa-Francorchamps for the 6 Hours of Spa. Traditionally viewed as a warm-up for the Le Mans 24 Hours, it’s one of the highlights of the WEC calendar as the field of LMP1, LMP2 and GTE cars attack the iconic incline from Eau Rouge to Raidillon with a level of commitment that beggars belief.

Whenever there’s a big race on the modern motor sport calendar it’s always fun to look back at what the race was like in previous eras. As you can probably tell, I don’t need much of an excuse to lose myself in YouTube. Especially if I can pass it off as work.

To this end I’ve been thoroughly reseaching clips of Group C cars racing at Spa. Unfortunately that combination is forever scarred by the death of Stefan Bellof, but look beyond that dark day and there’s some remarkable things to watch.

I’ve got a few favourites, but the video I return to time after time is some incredible in-car footage of Jochen Mass in a works Porsche 956. You may have seen it too, in which case I’m sure you’ll watch it again. And if you haven’t had the pleasure, well, prepare to be amazed.

Being the Eighties it was shot well before GoPro and HD clarity, but the grainy quality of the footage only adds to the grittyness of witnessing Mass manhandle this brute of a car around one of the world’s most demanding race tracks.

It’s not often raw speed will make me wince, but seeing Mass attack Eau Rouge is never less than unsettling, lap after lap. You can hear the tyres howling as he leans on the front-end and sense the physicality of the car. The steering looks really heavy, the combination of lateral and vertical g loading enough to crush the breath from his lungs. And despite the huge downforce the car still slips and slide out of the corners. Magic stuff.

It’s a proper race, too. Wheel-to-wheel and flat-out right from the start. Today’s LMP1 teams say WEC rounds are six-hour sprint races, but riding shotgun with Mass it would appear things were much the same back in the Eighties.

What has changed noticably is the circuit. You forget how Spa used to be. How bumpy it was. How close the barriers were. How quick and dangerous the Bus Stop chicane was. True it’s nothing like the gnarly old Spa complete with Masta Kink, but much more like a classic road course than it is today.

So, make yourself a coffee, sit down and take a hair-raising ride with Jochen Mass (ignore the YouTube title, it’s not Stefan Bellof driving) in the Spa 1000kms. I guarantee you won’t regret it, or forget it!