Rare, exclusive and extremely fast, this is one of just 13 special competition MC12s produced 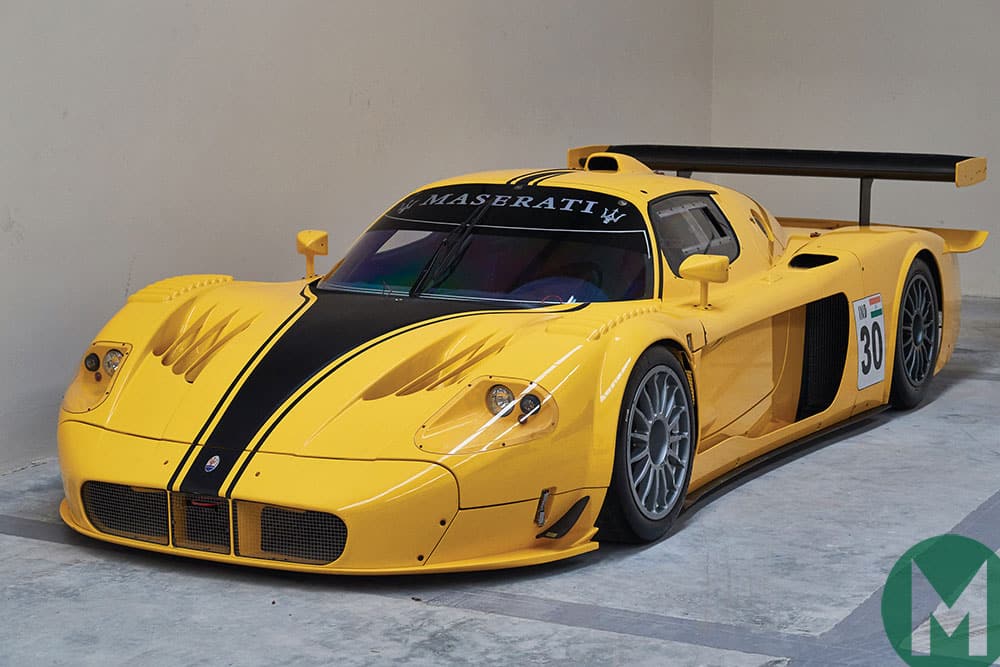 This 2005 Maserati MC12 Corsa about to go under the hammer ticks all of the boxes. A competition version of Maserati’s iconic 21st century supercar, it’s ultra-rare, ultra-exclusive and, best of all, ultra-fast. And reflecting all of this it is expected to go for up to $2,000,000 at RM Sotheby’s Amelia Island sale on March 8-9.

The car was produced in the mid-2000s to compete in FIA GT racing, built on the chassis of the Enzo Ferrari car owing to Maserati’s close relationship with Ferrari. Fifty road-going MC12s were produced to satisfy the racing series’ homologation requirements.

Then famous Formula 1 engineer Giorgio Ascanelli – who had worked for Ferrari as well as was Ayrton Senna’s race engineer at McLaren – led the effort to modify the road-going car for the race track. The result was crushing success, including in the FIA GT championship, with the MC12 taking a total of 40 wins from 94 races as well as six drivers’ and six teams’ titles.

Which is where this car comes in. Maserati then, responding to customer demand, built a further series of 12 race track MC12s so a select band of fortunate private owners could drive the supreme machine in special track events. The car being auctioned is one of those, meaning it’s one of only 13 competition MC12s in existence.

The customer car also is not far removed from the successful racing prototype, although it features the shortened nose that allowed the GT1 to compete in the American Le Mans series. Its 6.0-litre V12 engine is essentially the same as the racer’s, with horsepower up to a whole 755bhp at 8000 rpm and it is capable of reaching 60 mph in just 3.3sec. To offer some comparison, the 50 road going versions had ‘only’ 630bhp and took half a second longer to reach 60mph…

This car being offered also has less than 1300 miles on the clock having for most of its existence garaged in the UAE in the care of the Maserati race team. It has been meticulously maintained and benefited from a recent refinishing. Underlining that this car is a racer at heart, its interior has a suede-wrapped carbon fibre steering wheel with a digital telemetry screen, as well as Sparco carbon fibre racing seats with five-point Willans harnesses.