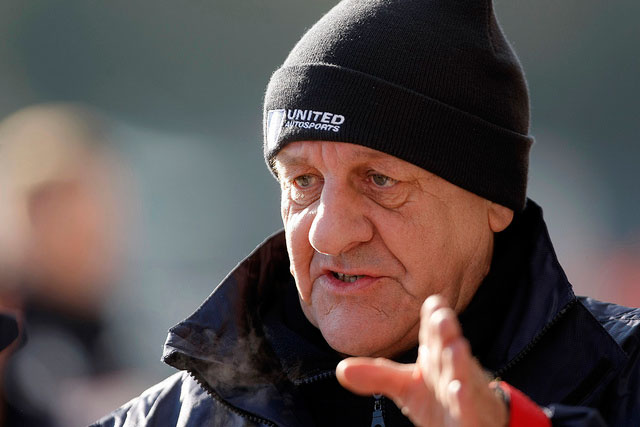 Paul Haigh started work at a Ford garage straight out of school and, of course, this garage just happened to have a racing team. Having considered a career in journalism Paul stayed with the racers. Now, 50 years later, he’s the technical director at United Autosports where, among other things, he looks after Zak Brown’s historic car collection.

He was a founder member of Robert Synge’s highly successful Madgwick Motorsport team, running Brazilian Maurizio Sandro Sala’s cars in FF1600, FF2000 and in Formula 3 where our tale begins. In 1985 Synge did a deal to run a Saab engine in Adrian Reynard’s new F3 chassis. There were high hopes for the combination, but optimism soon turned to despair.

“I will never forget that year,” he tells me. “People were surprised when we turned up with the Saab engine, but the deal came to us and we knew the Reynard would be quick. The engine, though, was a problem. They’d tried to be radical: it had a Bosch management system, which was basically a road car system. The plenum was inside the sidepod, to reduce drag, which worked fine until it rained and the water came into the sidepod, hit the hot wires and put it onto full rich. 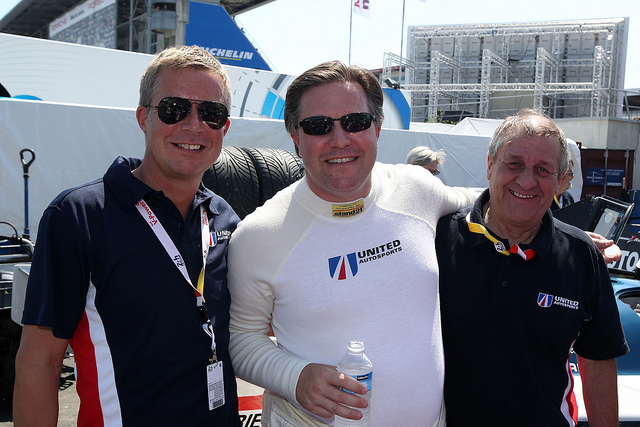 “The engine produced great figures on the dyno, but it was far too heavy, and Autosport ran a cartoon of Maurizio sitting on the dyno… and we reckoned we’d be better off racing that. But we worked hard, did an all-nighter about once a week. The new Reynard was hard to work on, had to be stripped down all the time, but we were a great little team, full of enthusiasm.

“Morris – that’s what we called him – put the car on pole at Zolder that year and that was just a truly amazing drive. Like putting a Marussia on pole for a Grand Prix. Needless to say, even he could only manage one lap at that kind of pace… and he fell down the field during the race. A world champion in the making if ever there was one.”

At the time Sandro Sala was being tipped as a future world champion, having risen spectacularly through the lower formulae. Now he was very frustrated.

“Maurizio was probably the most likely world champion who never drove in Formula 1,” says Paul. “He was amazing, he was so talented, but he left us and went to Jordans to drive a Ralt in ’86, which was a mistake. We took Andy Wallace and won the British F3 Championship with the Reynard – and Maurizio had always been able to beat Andy – so that really finished him, but it was his choice. He was frustrated after the year with the Saab engine. 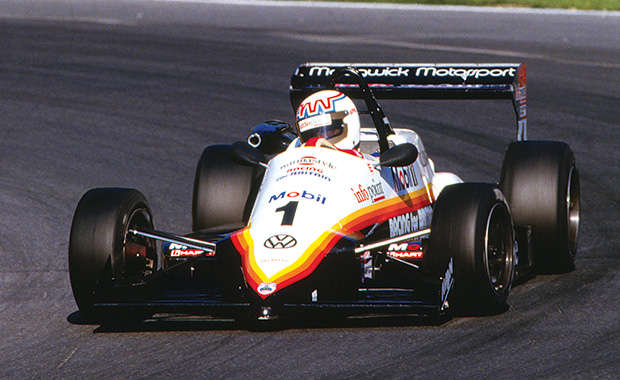 Despite the team’s unstinting efforts that ’85 season, when some folk had talked of Saab going all the way to F1, ended almost as badly as it began.

“The car just wouldn’t get off the line,” says Paul, “whatever you did, not even with a million revs would it leave the line. So we binned the Bosch system and changed to Lucas, but we still had problems, so we took the car to Donington to find out, in real time, what was happening. We plugged a device into the ECU using a 30-metre cable. Somebody stood on the cable and when the car went off it pulled the plug out and this new device then spewed out all this paper to give us the data.

“Problem was, it was light-sensitive, this paper, so we took it somewhere dark to look at it – I know, it sounds like Fred Karno’s Circus – but the engine had some potential and when we put it on mechanical injection it was better. In the end Minister took over the engine from Nicholson and Martin Murphy did a brilliant job with it, worked on the pistons and lightened the block. In the end Saab pulled out, which was a shame really, because it did have some potential as a racing engine.”

In 1986 and ’87 Paul went on to engineer cars for Motor Sport columnist Perry McCarthy. Now, after 50 years in the sport, he questions the wisdom of so many new technologies, the reliance on computers and data logging. 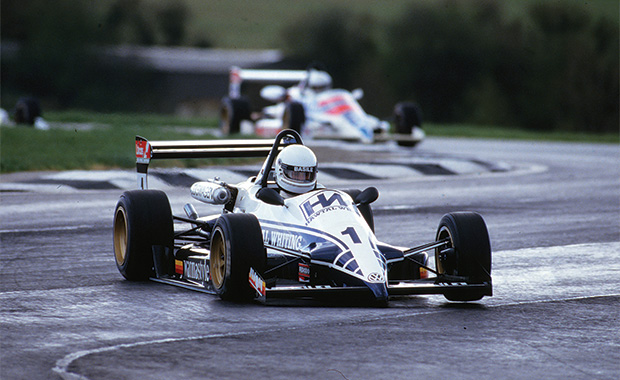 “I sound like an old man,” he laughs, “but there’s too much electronics, too much technology, and it’s too expensive. There was a time when if a driver didn’t heel-and-toe properly he’d lock the rears and spin off. Now it’s paddle shift. Using telemetry and data logging, you can make an average driver look good, when before you’d just know by watching them, where they braked, where they turned in, it was just a man and a car, and if they were good, they were good, it was obvious. If it’s killing Formula 1, what effect is it having further down the road?”

Just back from Paul Ricard, where he’s been overseeing Zak Brown’s historic cars, Paul is looking forward to the arrival of an IMSA Porsche 935, a car he worked on when it was new. What Mr Haigh doesn’t know about running a racing car is probably not worth knowing.

“I love it, always have,” he says, “I’m lucky, I love my job, and not everyone feels like that when they go to work.”