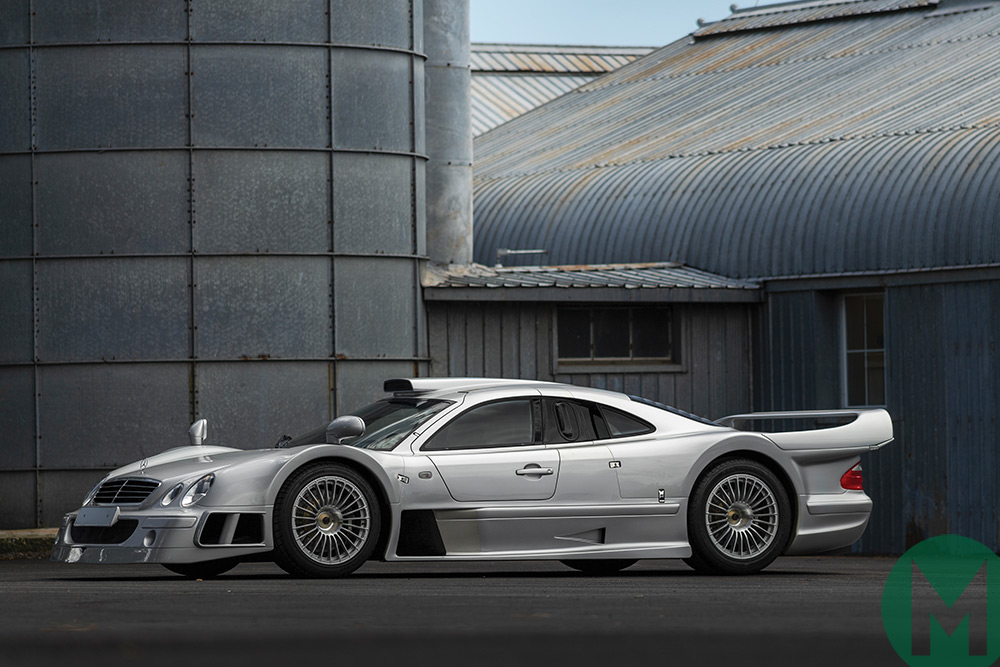 The FIA GT Championship was the ultimate competition for road-based sports cars. Along with the Porsche 911 GT1 and McLaren F1 GTR, the Mercedes-AMG CLK GTR was emblematic of the upper echelon of endurance racing towards the end of the millennium.

Eligibility was simple: manufacturers needed to build 25 cars within four months. McLaren decided to modify its F1 to compete in the championship, while Mercedes produced 25 racing cars for the road – 20 coupés and five roadsters.

All 25 were produced at Affalterbach, Germany, painted in silver and given ABS, two small storage compartments under each door, a smattering of leather in the interior and a smoother rear wing and front air dam. Beneath the engine cover was the same mid-mounted 6.9-litre V12 engine that was to power the race car.

Three hundred prospective buyers reportedly registered their interest when, on April 1, 1997, the road-going CLK GTR was unveiled – six days before it was set to make its competitive debut at the Hockenheimring.

But it was the McLaren F1 GTR-BMW that laid down the gauntlet for the 1997 FIA GT Championship, winning the first three rounds. Mercedes stepped up at the Nürburgring 4 Hours, winning there and in Austria, Japan, Britain, and the final US rounds at Sebring and Laguna Seca.

In 1998 it was phased out for the V8-powered CLK LM, which scored six 1-2 finishes to claim the championship. Mercedes’ competitors pulled out the following season, and the GT1 category folded for the GTP category. The succeeding CLR was perhaps most famous for its backflipping antics at Le Mans, however.

It’s rare for a CLK GTR to find its way to auction, but RM Sotheby’s is offering number nine of 25. It was owned by a German owner from 1998 to 2005 and then sold to a collector in Hong Kong.

Its original paintwork remains but the carbon fibre panel on the front was removed for safekeeping, and is included. A new fuel bladder and fuel filters kept it on the road and the GTR comes with the Mercedes toolbox and spares.