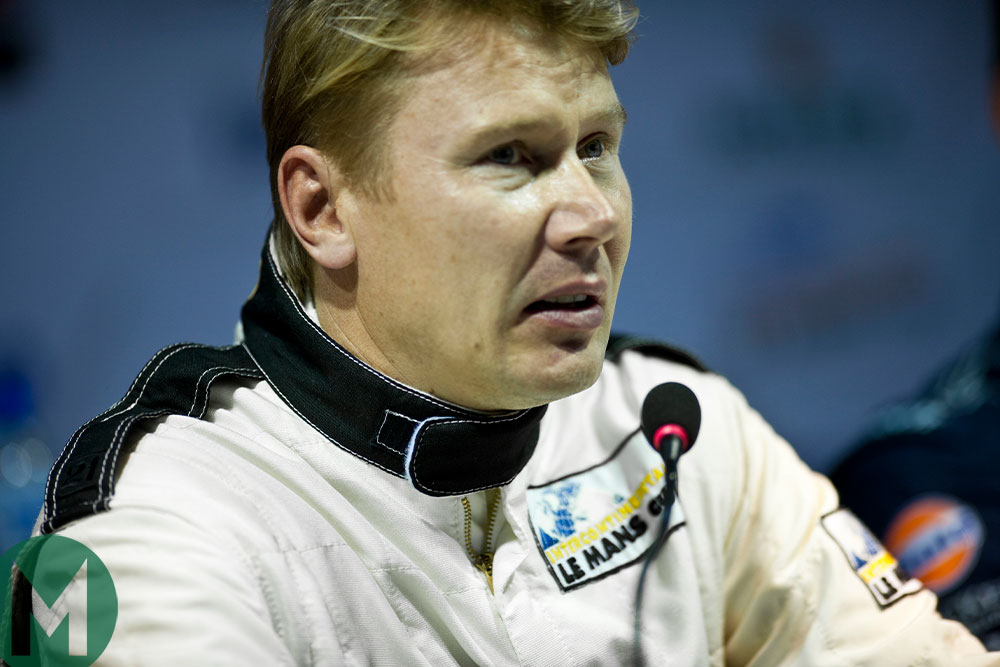 Two-time Formula 1 world champion Mika Häkkinen will race at the Suzuka 10 Hours on August 23-25 for the penultimate round of the Intercontinental GT Challenge.

Häkkinen will race a McLaren 720S GT3 alongside Katsuaki Kubota and Hiroaki Ishiura, returning to the venue that he secured his 1998 and ’99 F1 titles.

Kubota, who drives in the Masters Historic Formula One category as well as Japanese F3 and other historic categories, will join two-time Super Formula champion Ishiura.

This will be the Finn’s first competitive race since the Intercontinental Le Mans Cup final at Zhuhai in 2011.

Häkkinen still demonstrates McLaren F1 cars all over the world, having driven a McLaren M23 at Monterey in 2017, a 1995 Le Mans 24 Hours McLaren F1 GTR at the same festival last year and the ’98 F1 championship-winning McLaren MP4/13 at Suzuka as well.

“I visited Suzuka Circuit for the first time in 16 years in March 2017 and was able to meet Japan’s enthusiastic fans once again,” he said.

“Then, last year, I drove the MP4/13 and enjoyed Suzuka’s unique figure-of-eight track layout. So, this year, I decided to return to racing for the first time since the Intercontinental Le Mans Cup round at Zhuhai in November 2011, and I chose Suzuka Circuit as the place for my comeback.

“Suzuka was also the place where I won the Formula 1 championship for the first time and where I have so many enthusiastic Japanese friends. I am very grateful to Katsu [Kubota]-san and Mobilityland for making this wonderful project possible.”

The Intercontinental GT Challenge ends with the Kyalami 9 Hours, back for the first time in 19 years, on November 21-23.