Motor racing has dealt some cruel hands over the years, but Le Mans last year was something else 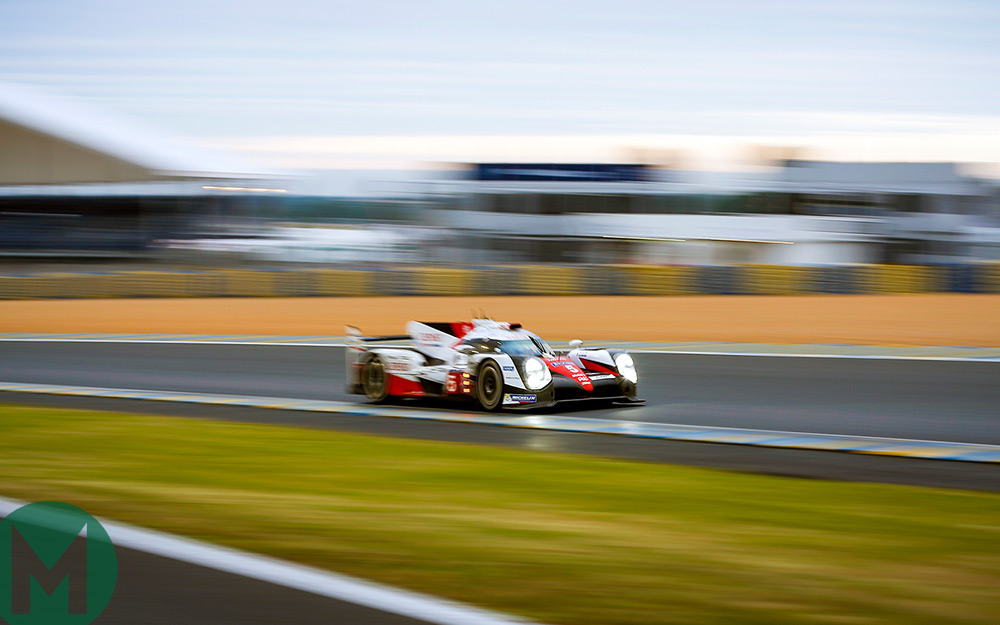 “In terms of could’ve, would’ve, should’ve stories at Le Mans, I think I’ve got the best one. I’m kind of happy and sad about that!” reflected Anthony Davidson on the cruel events that unfolded at 2.57pm on the June 19 last year. With three minutes left to run on the Rolex timer, the chequered flag was poised as Davidson’s Toyota led onto the final lap at Le Mans in the capable hands of Kazuki Nakajima.

“How long does it take to get over it? I’m really still not over it,” he admits. “Even if I go on to win Le Mans three or four times, I’ll still remember 2016 as the one that got away.

“The way I got through last year was by telling myself that Le Mans is a one-off event. As grand as it is, a lot of it is down to luck, as we saw last year. You can have all the credentials on paper to win it and do everything you want to win it, but if it’s not meant to be, it’s not meant to be. In a way, it’s more gutting when you lose the race very early on. Then you have to get back in the car once it’s fixed and endure the whole 23 or 22 hours knowing there’s no hope. That’s what happened in 2014 and it was the hardest Le Mans I’ve ever done.” 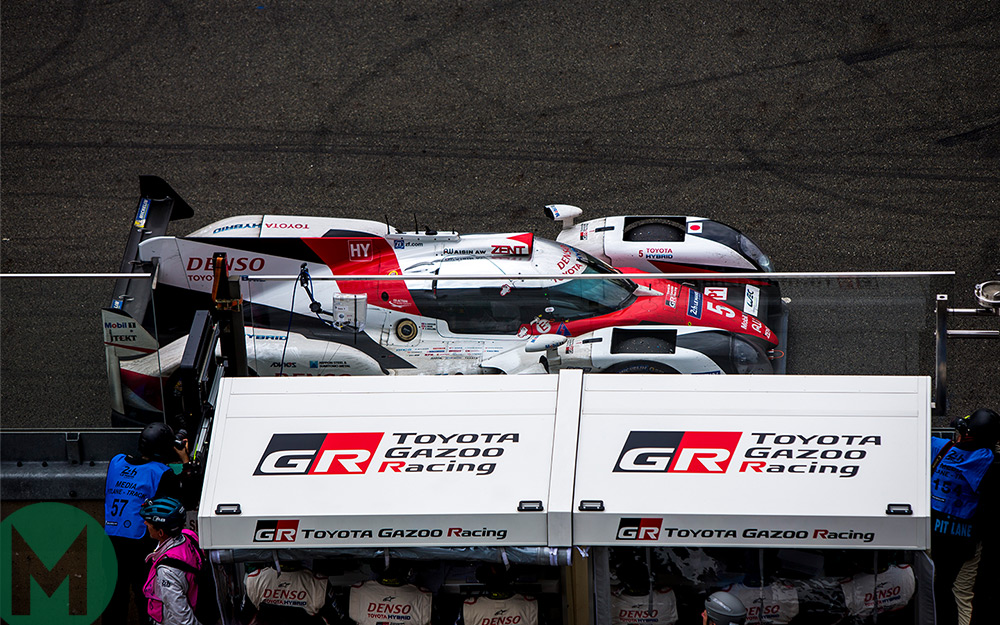 Insult was added to injury last year when the Toyota was not classified as a finisher at Le Mans after completing the final lap too slowly. Given last year’s agony, Davidson revealed that he was falling out of love with the great race: “I did that a long time ago. With no disrespect to the race whatsoever, I got the best out of myself last year by treating it like a 24 hour go-kart race for charity.

“I drove the wheels off the thing, don’t get me wrong, but it was because I didn’t really care about it that meant I was loving it. If you go into the race really het up, wishing you’re going to win it and knowing you’ll be so disappointed if you don’t, then you’re never going to win it. It will eat into you, because it’s a cruel race.

“For me, it worked. I think that’s the best I’ve ever driven in a sports car race.”

For some, victory at Le Mans is worth more than the world title. Not for the 2014 World Endurance Champion though. “No,” he says definitively. “Winning a championship as a driver is much harder compared to one day of racing. Different circuits, permutations, weather conditions, traffic scenarios, handling conditions of the car – as a sportsman, that’s much harder to come out on top of. It proves that you were the best throughout the whole season.

“Whereas that one race? Well, you can fluke it.” 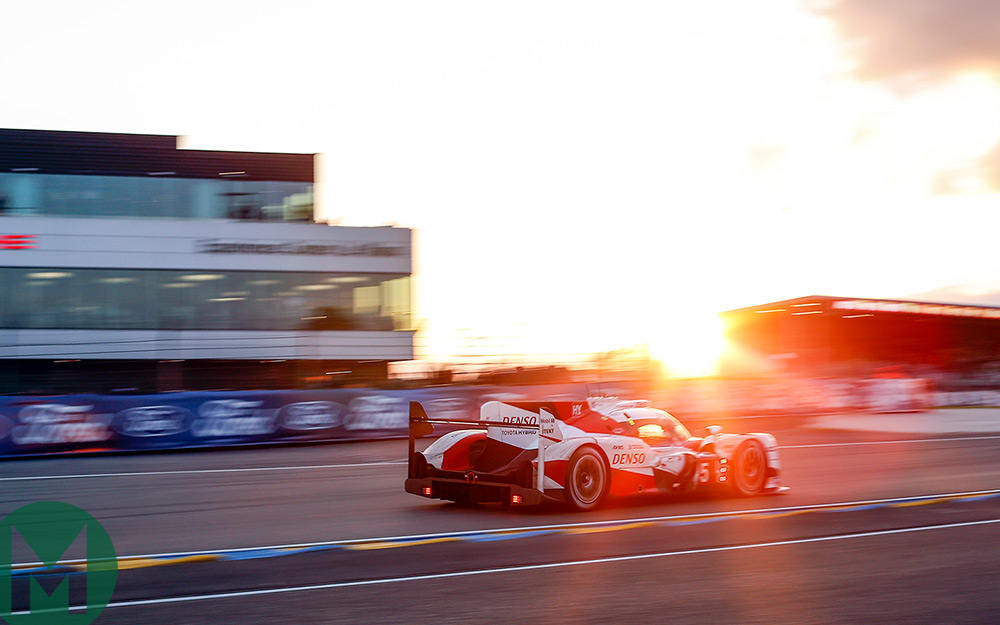 Despite coming so close to victory last year, Davidson refuses to put defeat down to bad luck, insisting the team could have averted such an eventuality. “Last year, as a team, we threw it away,’ he admits. “As unfortunate as it was, from a team’s point of view it wasn’t really unlucky because a team can control reliability. A driver can’t, perhaps like they could’ve done in the older days. When it happened was unfortunate, but these things can be controlled from a team’s point of view. It’s just like a driver can control not going off track.

“The guys that ended up winning the race deserved to stand on the top step. All we needed was one more lap. If they designed our car to do 23 hours and 57 minutes, they did a really good job. But we need 24 hours!”

Since becoming a fully-fledged world championship in 2012, sports car racing has emerged as a viable alternative to Formula 1 for professional race drivers. Davidson has witnessed this change.

“When I first joined sports cars I called it the secret formula of motor racing,” Davidson said. “No one really knew about it, especially the younger drivers. Now it’s very much in the spotlight. As a young driver, you have to grab any opportunity in Formula 1 when you can, but if it’s not there then you have to look elsewhere before it’s too late and you’re forgotten.”

Sports car racing has become an especially popular career option for British drivers in recent years. More than a quarter of LMP1 drivers on the 2017 grid are British, representing all three manufacturers. Is there something about the British mentality that gives them an edge?

“We must be so accommodating as a nation!” Davidson joked. “But maybe there is some truth to that. It fits well in sports cars, where you have to be selfless. We’re good team players. 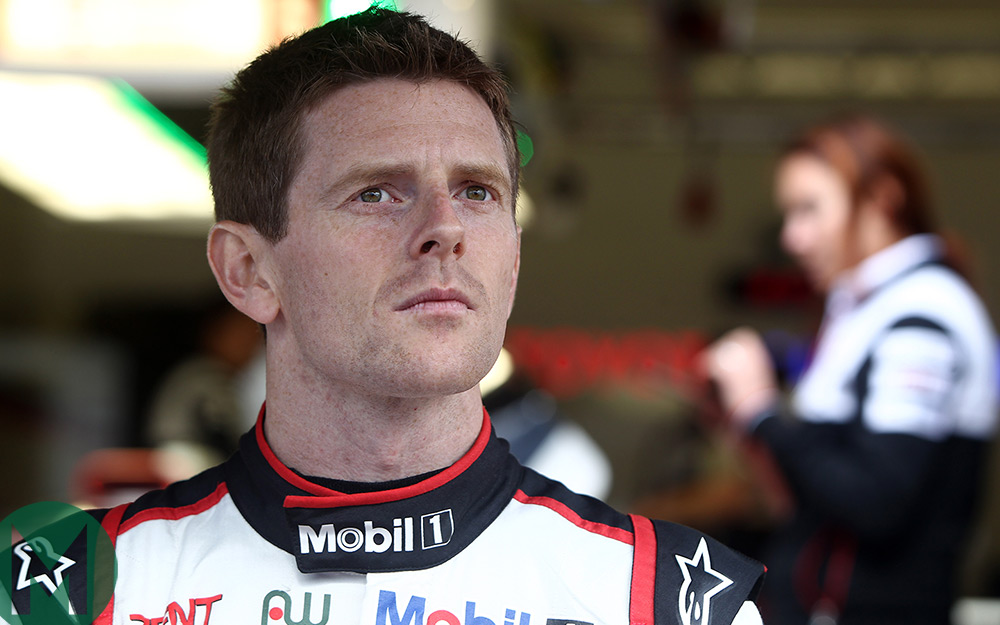 “F1 is an egotistical series where only the strongest survive. It’s really fascinating to watch the drivers who struggle in sports cars, even the drivers who you pick from Formula 1. It’s not just sharing the car with team-mates, it’s how you behave as a driver and as a person within the team. You can be very destructive if you rock the boat too much in a sports car team, as it can change the whole atmosphere.”

Six years in F1 as a test and race driver set Davidson up well for a career in sports car racing. Looking back, he has no regrets on making the change.

“It’s quite a lonely experience sometimes in F1 or single seaters. You get the accolades, but there’s no one else feeling like you. That’s the great thing about sports cars. There are at least two others who feel exactly what you feel. I like that side of it.

“With my background as a test driver, I was always quite a good team player. Maybe I settled into that role too well,” he admits. “I was always doing the donkeywork for the race drivers: setting the cars up, giving them all the information in the debrief, before they jumped in the car and got all the glory on race day. I much preferred being in a less egotistical kind of atmosphere. The camaraderie between the drivers and the sharing of victory or defeat means there’s more elation than when it’s just yourself.”

Victory at the Silverstone 6 Hours opened Davidson’s 2017 account in fine style, once again partnering Formula E champion Sébastien Buemi and Toyota stalwart Kazuki Nakajima. Chased hard to the flag by Porsche, Silverstone proved just how competitive top-flight sports car racing is set to be in 2017, even after Audi’s withdrawal.