Twenty-four years into my journalistic career and finally a story lands in my lap.

When my new neighbour expressed an interest in motor sport our conversation soon turned to her father’s racing of a modified Ford Escort at the old Kyalami.

During the recent festive break it was my pleasure to meet the man himself. We yarned about Rhodesian Gary ‘Socks’ Hocking – Howard was present at Durban’s Westmead in December 1962 when the 1961 350cc and 500cc world champion crashed a Lotus 24 with fatal consequences – and riffed on a wide variety of motor sporting obscuriana. At no time, however, did he mention his family’s part in a compelling racing-car mystery. His USA-based brother lobbed that grenade a week or two later, via email: Warwick Fitzwilliam is the last-known registered owner of the IGM-Ford. 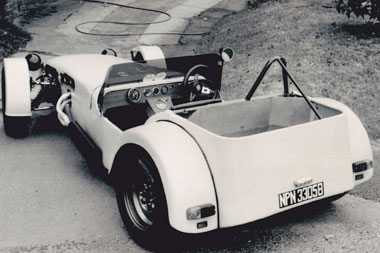 This poor-man’s ‘Lotus 7’ was a homebrewed South African special. According to Warwick, its welding “was not up to expert quality” and its handling was “iffy on Dunlop racing tyres”. Yet it was touched by greatness: the poor man who designed it was Ian Gordon Murray, first link in the chain of thought and deed that connects Colin Chapman to Adrian Newey.

The inspiration behind those gorgeous Nelson Piquet Brabhams and peerless McLaren F1 supercar, Murray was studying engineering at Durban’s Technikon when that racing flame burning within ignited his gas welder. 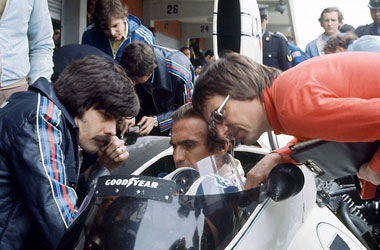 “The IGM looked like it did because I used a Lotus 7 nose and wings; it was cheaper than making new moulds,” he says. “The frame was a lot lighter, more triangulated and stiffer than a 7’s. It was a completely different layout.”

It looked like a kit car but was in fact bespoke: “I bought a 1-litre 105E Anglia engine, made my own pistons and bored it to 84mm: 1073cc. Most people imported Mahle pistons and went out to 85mm – 1098cc – but I couldn’t afford to. Buying a pair of Weber 40DCOE carbs had broken the bank.

“I lightened some Consul conrods. Made my own camshafts. Reworked the cylinder head. Fitted Jaguar inlet and Peugeot exhaust valves. Made my own manifolds. And lightened the flywheel by much more than was reckoned safe by the British tuning magazines. They also said that you must fit a steel crankshaft to rev beyond 7500rpm. I used a standard cast crank. I reckoned that if you carefully balanced every part – reciprocating mass as well as rotating – you could get away with it. I did so to within a tenth of a gramme and revved to 8500rpm for two seasons with no problem. 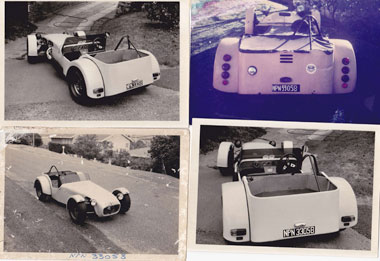 “It only had 90bhp but the car was quick because it was so light: about 400kg. The only thing I didn’t touch was its four-speed Ford gearbox. I made my own fuel tank from 22-gauge steel, the suspension, even the seats. I learned to weld on that car. One of my crashes at the Roy Hesketh circuit was caused by poor welding.”

Murray met with considerable national success from 1967-68, winning his class at Roy Hesketh and at the Polly Shortts and Burman Drive hillclimbs. But when wealthier opponents began to import Elfins and Lotuses, he decided that it was time to move on. The IGM went swiftly through several pairs of hands after he relocated to England in 1969. Warwick bought it from a Durban lawyer in 1971 and set about a series of updates. 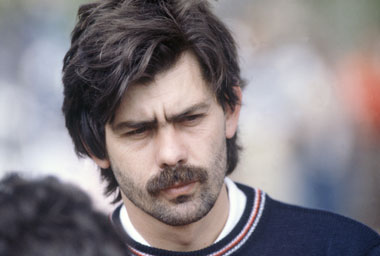 “Gordon had used a coat-hanger to weld with, and it showed,” he says. “I reskinned the body, replaced the windshield and front mudguards and lowered the headlamps.” He also extended the central facia so that it blended with the wide transmission tunnel. “The A-bracket locating the rear axle was worn, which made it tricky at the limit. Howard drove it too, but we never raced it. Gordon had learned a lot by the time he joined Brabham.”

“I spent 15 years looking for it,” says Murray. He even flew to Cape Town to cast his eye over a contender for the title, but came away disappointed. “Eventually a lawyer friend of mine in Durban put a private detective on the case. He tracked down the documentation and we concluded that it had been written off and not rebuilt.”

There might now be another avenue to explore, however. Although Warwick has no record of the man who bought the car – the sale was made through an intermediary, racing driver John Rowe – he takes a different line on its possible fate and whereabouts.

“My feeling is that it’s in East London,” he says. “I saw it, circa 1975, in the back of a furniture-removal truck, the registration of which was prefixed CE for East London. That’s in Cape Province, a relatively remote area. If the car has since been sold, chances are that it would have been bought by other local enthusiasts.” 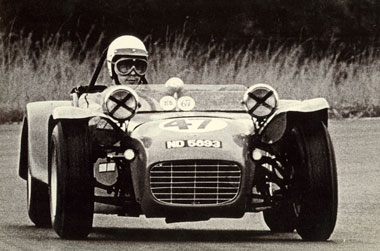 He has kept some of his telltale mods secret to obviate the creation of an unauthorised facsimile, and so hope still remains that Murray and the IGM will be reunited.

Should that occur, Murray – no doubt with much emotion – would be able to reaffix the hand-made badge that Warwick long ago prised from that discarded Lotus 7 nose and forwarded to him as a keepsake.

“I have the original hand-made steering wheel too,” says Murray, “and a large proportion of the original drawings. I’m considering building a replica and doing some historic racing before I get too old.”