WEC has successfully avoided a headache when it comes to determining driver ratings, but there are still creases to iron out before The Prologue 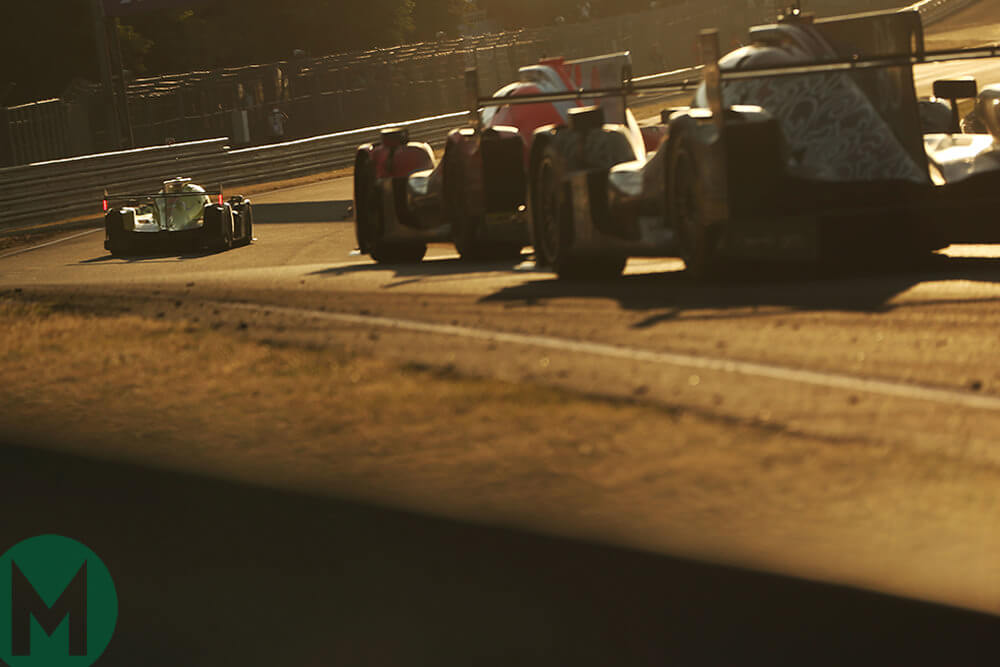 Never far from furore in recent months, the World Endurance Championship and European Le Mans Series can soon start focusing on what’s happening on track. The Prologue, WEC’s preseason 30-hour test, is just weeks away and the entry list for the opening round at Spa has been released too.

‘TBA’ looks like they will be busy, currently taking stints in six of the 37 cars across the four WEC classes. One of those is in the Roman Rusinov G-Drive LMP2 car, fresh from a dispute about licences.

In LMP2, one driver must be an amateur and ranked no higher than silver. Rusinov, ‘businessman first, racing driver second’, he says because he has a day job, is supposedly the team’s ‘am’ (despite having once tested for Midland when he was racing in A1 GP…). He’s quick, professionally so, and therefore a gold.

Licencing has been a potential minefield for the two championships, as talented drivers step off the single-seater ladder onto a high rung of the sports car ladder, with budget, and low grading – they’ve not registered quite enough to warrant a gold or platinum licence so are silver- or bronze-coloured gold dust for teams. They’re quick, have budgets, and can slot in beside two established pros.

The FIA has, in recent years, tackled that issue by enlisting Karun Chandhok to help make sense of the madness, so it’s more difficult to slip through the net than in previous years. Thomas Laurent managed to, and soon became a leading light of the category and earned himself a P1 drive in the process. While he slipped the net initially, he’s also an example of the prototype ladder in action.

But back to G-Drive. When the team announced its intention to partner Jean-Eric Vergne, platinum because he has held a superlicence, with the gold-ranked Mathieu Vaxivière and Rusinov in ELMS, eyebrows were raised and people aired concerns – typically, and most noticeably, on Twitter.

However, Rusinov wouldn’t sack himself.

To WEC’s credit, G-Drive has since agreed to recruit a silver, with either Vergne or Vaxivière being replaced, potentially, by Jean Alesi’s son Giuliano. But the team’s technical director David Leach admitted to Gary Watkins that Alesi was in the running, “along with anyone else who is a silver or a potential silver.”

Recently at Aragon, as part of a Dunlop tyre test, the team also tried out Alexandre Imperatori and Andrea Pizzitola.

This isn’t such a problem for WEC to deal with because the team is only expected to enter Spa and Le Mans, where Vaxivière is already contracted to race for TDS Racing – itself a partner of G-Drive in that it runs one of the Russian squad’s two cars. The other is entered by Graff Racing, which becomes the latest in a long line of background staff: recent teams playing that role have been Jota, OAK and DragonSpeed, as G-Drive has pinballed around the LMP2 pack.

But an all-pro line-up could have been a precedent-setting, rapidly snowballing issue for LMP2 if it had slipped through. In theory, it is exactly the type of line-up that the WEC would have expected to make the most of the new privateer LMP1 revival.

And there, in LMP1, the TBA still appears often as deals are being finalised. Manor is yet to firm up its line-up, still listing only Oliver Rowland and Charlie Robertson as lead driver in each of its two Manors, with Oliver Webb only in the ByKolles as of yet. Neel Jani, André Lotterer, Bruno Senna, Mathias Beche, Thomas Laurent and Gustavo Menezes comprise the impressive Rebellion line-up, although only one car will be at April’s Prologue. Mikhail Aleshin partners Vitaly Petrov in a strong, yet-to-be-completed, SMP entry.

In the 10-car P1 field (the most P1s since Le Mans 2015) there will, of course, be Fernando Alonso. Another of those frequent furores, as WEC shifted the Fuji round of the championship to avoid clashing with his Grand Prix commitments, ruining the plans of many contracted to contest Petit. Again, it was Twitter that hosted that outrage.

Toyota’s Kazuki Nakajima and Kamui Kobayashi will miss the penultimate round of – and conceivably championship-deciding – Super GT, perceived as equally unimportant collateral in the Alonso whirlwind.

Maybe, just maybe, this will all be forgotten when wheels start to turn and times start to register at Paul Ricard on April 6/7. But especially so when the flag drops at Spa a month later.