Last week I wrote about Nissan’s greatest sports cars. Then, over the weekend, Katsumasa Chiyo, Wolfgang Reip and Florian Strauss made me look clever by winning the Bathurst 12 Hours. 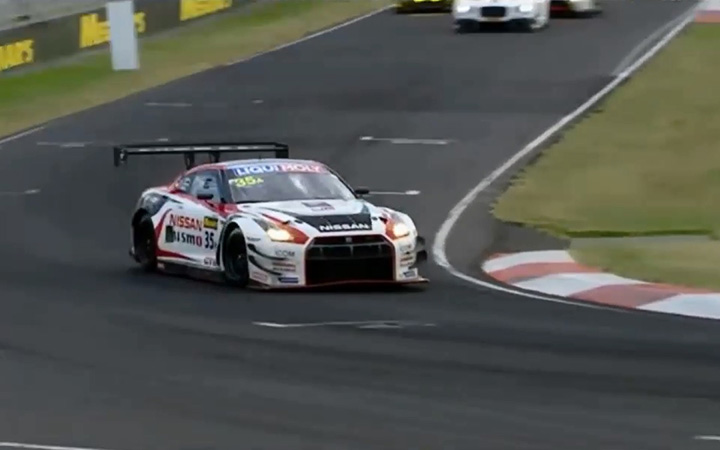 In recent years the race is finally starting to come out of the shadow of the Bathurst 1000, Australia’s premier race. Great drivers are drawn from different series all over the world; David Brabham, Oliver Gavin, Ivan Capelli and Gordon Shedden all appear on the entry list. And, just like last year, the final laps were spectacular, with three cars vying for the lead.

The video starts with the factory Bentley of 2013 British GT runner-up Matt Bell defending hard from 2014 Blancpain Endurance Series champ Laurens Vanthoor in the Phoenix Racing Audi. We know how the race turned out, but this is one of those times where it’s worth watching anyway.

It’s worth noting that Reip and Strauss are products of Nissan’s GT Academy programme. How long will it be before other manufacturers start to catch on?