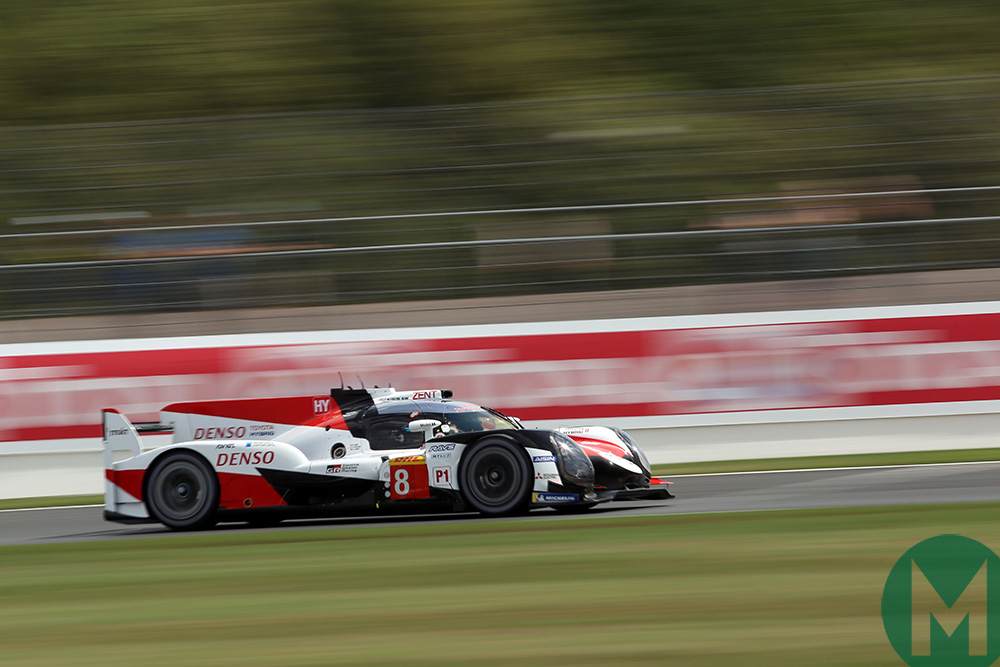 When Toyota won Le Mans in June there was an overwhelming feeling of relief as decades of near-misses and heartbreak had been put to rest. The Japanese marque would have been forgiven for packing up, like its rivals had done in previous consecutive seasons, and leaving the World Endurance Championship without a manufacturer.

Team director Rob Leupen reckons otherwise, but the relief he feels is palpable.

“Winning actually created a lot of support internally,” he says. “We had stupidity, bad luck, good luck. It was a relief. We don’t have to speculate on what might have happened if we didn’t win.”

Had Toyota failed again, it could have been one failure too many. Pascal Vasselon, Toyota’s technical director, admits the company had begun to question its participation in the race.

“We were very good in WEC races, but Le Mans always escaped us. Winning changed our vision of Le Mans but we have seen this year that when things go well we know that we can do it. We will approach Le Mans next year in the same way.”

The car had proved quick enough to win ‘The Big One’, but the team somehow contrived to miss out when there were big-money manufacturers piling pressure on and ready to scoop up a presented victory.

He has evolved, he is engaged, he confirms everything, he has seen the teamwork he needs to do and he hasn’t put himself on a higher level than everyone else

The pressure was off last time around, from a competitive point of view, and that’s something Leupen rues.

“We would have loved to have had a Porsche and Audi to fight and to beat,” he explains. “Especially Audi, we had great battles and you miss them a bit – I do now. It was the monkey falling off our back, a big stone, a box that had to be ticked; still you have those feelings that [our victory] was two years too late.

“Since 2016 we have had a very good car but we weren’t able to bring it over the line. 2016 was… it happens once in a lifetime, maybe twice. But 2017 from my point of view was a disaster. We didn’t tick the boxes we should have done, we had a dominant car. This year we have developed the car further, if you analyse the numbers from ‘16 and ’17 to ’18, the car is good.”

That final point is one many overlook. Toyota went half a second quicker in qualifying at Silverstone a fortnight ago than it did in April 2017. Conditions were different (a frozen April compared to a warm but windy August) but the story was the same at Spa. And at Le Mans Toyota lapped a full second quicker. Despite its rivals walking away, the team hasn’t been standing still.

Accusations have been thrown its way that it is prioritising the no8 car of Kazuki Nakajima, Sébastien Buemi and the moonlighting Fernando Alonso. Accusations Leupen refutes. Even before Le Mans, during the ‘superseason’ opener at Spa, no7 driver Mike Conway was scything into Alonso’s lead and entered the Bus Stop chicane on Alonso’s diffuser before disappearing into the pits. On resumption he briefly showed his pace and quickly fell away. Suspicions were raised.

“I remember it well. Mike was close but Fernando did a marvellous job because there was an LMP2 in front of him. It was cutting his way, he reacted extremely well not to crash into him. Mike had to come into the pits, so he wouldn’t have been able to stay ahead because he would have run out of fuel and do what Kamui [Kobayashi] did at Le Mans [enter fuel save mode and limp to the pits].

“If he had passed earlier in the lap then he would have stayed in front. It would have been their race, it’s not fixed in any way to please Fernando or the WEC. We have agreed on this with the drivers, they are used to this kind of management. We let them race until the last pitstop, and we will do the same until the end of the season.”


What cannot be argued is Alonso’s continued impressive performances in the TS050, not least his night stint at Le Mans that turned the race the no8’s way and moved him a third closer to the triple crown.

“He is there and matching our top drivers,” admits Leupen. “He lost out to Mike [Conway] by two hundredths in qualifying [at Silverstone]. He’s been great since he joined the team, he brings something extra. He has evolved, he is engaged, he confirms everything, he has seen the teamwork he needs to do and he hasn’t put himself on a higher level than everyone else. I’ve enjoyed working with him, really.

“The tension at Le Mans was big – I have seen Fernando both tense and relaxed. The stint at night at Le Mans was marvellous, he went in smiling and came out smiling because he is a racing driver; it’s the same with all of them. There have been no complaints at all with the way he has joined in, he’s been much, much better than everyone told me he would… I hope he stays on for next year.”

Whether Toyota does likewise is up in the air, and we’ll only find out in the early stages of 2019 – when the team will still only be halfway through this ‘superseason’.

No manufacturer will join Toyota in LMP1 for next season, because the big impending rule change means it would make no commercial sense to develop a car that will be obsolete in a matter of months. According to Vasselon, that means Toyota could compromise: retain almost all of the current car while it develops something for the new ruleset.

But he is keen to see those final regulations soon before committing to a new programme. “We have our deadlines,” he says definitively, “but we are not close to them. We have time to see what is coming.

“At the moment we are confident the regulations are attractive and we are convinced all manufacturers will understand and see what can be done. You’re putting on the track a car that looks like the car you want to sell.

“The category will be a prototype one, not based on road cars. The cars will appear as a GT car, but they will be prototypes for the purpose of performance and cost. Prototypes is a cheaper way to perform well, because if you start with a GT it will be extremely expensive to bring it up to the performance we want to achieve. The new regulations should emulate our GR concept, the [Aston Martin] Valkyrie and the [Mercedes] Project One.”

Toyota could conceivably turn its Le Mans hoodoo on its head and win three in a row. The third would be the sweetest, admits Leupen. “It will almost be a new race series. But first of all, we have to [win] in 2019. We know we have to be careful: in ’16 and ’17 we beat ourselves.”