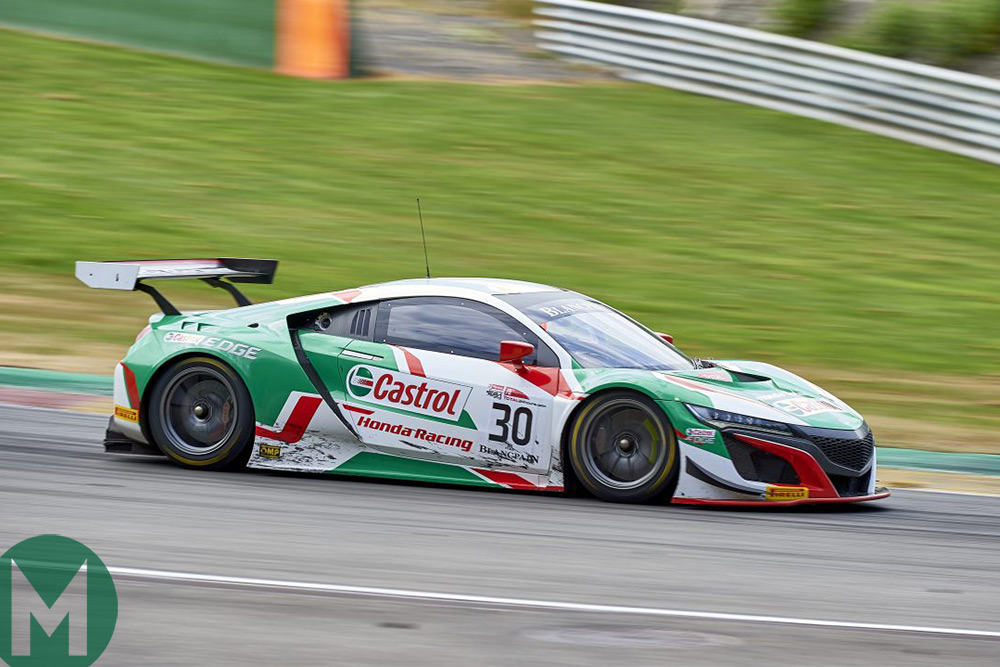 Honda Racing has recruited a surprise pairing to team up with Bertrand Baguette and Esteban Guerrieri for this month’s Spa 24 Hours: Riccardo Patrese and Loic Depailler.

Patrese, a Grand Prix winner with Brabham and Williams and runner-up in the 1992 Formula 1 World Championship, is classified as bronze in the FIA driver categorization due to his age (64) and therefore helps the pro-am team fulfil part of its ‘am’ requirement.

He’s of course no stranger to sports cars, racing for Lancia with success in the 1980s around his F1 commitments. He missed on the 1982 World Endurance Championship to Jacky Ickx by eight points.

Depailler, 44-year-old son of two-time Grand Prix winner Patrick, is likewise a bronze. He switched careers in the late 1990s, racing in Formula Renault and sports cars before becoming a journalist in his native France.

“Spa-Francorchamps has been one of my favourite circuits for a long, long time,” Patrese said. “I thought I’d raced there for the last time 25 years ago, so when I was given the opportunity to join Castrol Honda Racing and drive such an exciting car as the NSX GT3, I couldn’t say no.

“The car handles very well and is nice to drive in the high-speed sections as well as the slower corners. I haven’t had too much seat time in the car yet so I’m re-learning things every time I complete another lap, but I’m excited about the race the car and to work again with a team and breathe in the atmosphere of a race.”