As races go, the 2011 Le Mans 24 Hours didn’t need any extra drama beyond an epic Audi and Peugeot battle, and spectacular crashes that underlined the safety of the latest generation of endurance racers.

But just as momentous was the identity of Audi’s winning race engineer: Leena Gade, the first female to mastermind a Le Mans victory.

Ten years ago today, she was sat on the Le Mans pitwall; the race engineer for Audi’s No2 car as the flag dropped for the 2011 running.

Although the André Lotterer, Marcel Fässler and Benoît Tréluyer car started from pole, it was the team’s third car: the reserve for the reserves. 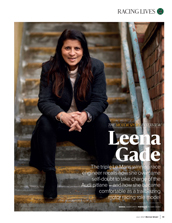 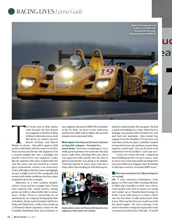 Ten years ago, in 2011, Leena Gade became the first female race engineer to win the Le Mans 24 Hours when she ran an Audi R18 driven by André Lotterer,…

Gade was in her first full season of calling the shots: she had joined the Audi programme after a chance meeting with lead engineer Howden Haynes; had impressed in her role as his assistant; and drivers had backed her for promotion when a vacancy opened up.

“We’d done the odd test but we hadn’t done much together and didn’t know each other very well,” Gade says in the July 2021 issue of Motor Sport. “As the third car that year [the drivers] were realistic about their chances at Le Mans.”

Before the race, Gade was in demand, fielding questions about being a female in a male-dominated role.

Before long, she was spearheading the Audi charge.

First, Allan McNish was tapped by a Ferrari and flung into the tyre barriers, as his car disintegrated around him. Then, Mike Rockenfeller’s Audi was swiped by another Ferrari in another display of dramatic destruction.

It was a thriller, as the lead chopped and changed, with the gap rarely larger than half a minute. And then it came to a crunch in the final laps, as Simon Pagenaud in the lead Peugeot and Lotterer came in at the same time. A slow puncture delayed Audi as the crew changed tyres as well as refuelling.

“When the car crossed the finish line I turned around and everyone else in the pit was crying and I couldn’t understand why. In my head I understood what was going on and we were going to make it to the finish line, whereas everybody else was saying, ‘Oh my God, that was so close.’ Well, 13 seconds is still quite a lot, guys, even after 24 hours.”

Following the success, Gade became more integrated in Audi’s racing efforts and was behind two further Le Mans wins in 2012 and 2014 before leaving the team. She remains a race engineer with Multimatic in IMSA, and is the president of the FIA GT Commission.

Read the full interview in the July 2021 issue of Motor Sport for more on Gade’s early career; her time at Audi; why she left; and becoming a role model for women in motor sport.