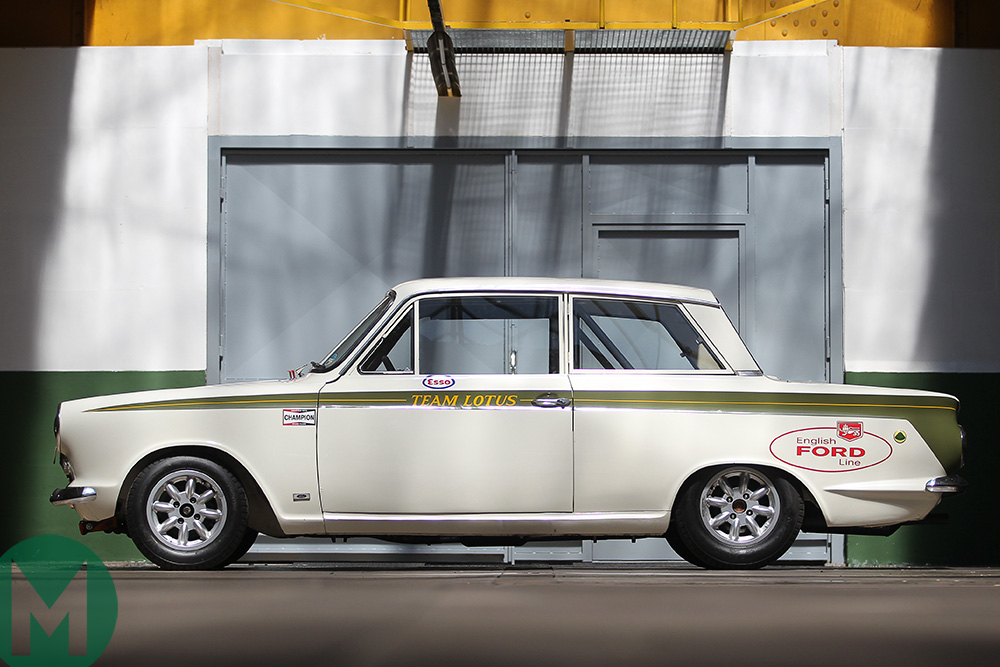 That quartet includes one of the first Lotus Cortinas to race at the hands of drivers such as Jim Clark, Trevor Taylor and Dan Gurney; the Silk Cut-liveried Jaguar Group C sports prototype; a Tojeiro campaigned by a young Jackie Stewart; and a very rare factory built competition Shelby Cobra.

Colin Chapman was tasked with building a Group 2 competition version of the Cortina, with Lotus to build 1000 cars for homologation in 1963. In February, this Cortina rolled off the production line at Cheshunt and soon sported the numberplate ‘166 RUR’.

One of two Cortinas to make the saloon’s racing debut, ‘166 RUR’ first raced at Oulton Park, and its second outing was at Snetterton at the hands of Clark – who had just won the 1963 World Championship – for second in class.

Related: A Cortina transformed by Lotus

Gurney found himself at the wheel for the car’s North American debut, at Sebring, as it was sent to the United States in 1964 as part of the English Ford Team. Drivers such as Peter Arundell and David Hobbs raced it that season, and the car was sold to a collector in North Carolina at the end of 1964.

In 1990, touring car driver Andy Middlehurst found the car in Florida, rust-free and with Cosworth engine intact, and the Cortina was raced at the Revival’s St Mary’s Trophy in 2003 by Middlehurst and Tiff Needell. Musician Chris Rea and historic racer Kevin Kivlochan subsequently owned the car, the latter driving it with Emanuele Pirro in 2011. 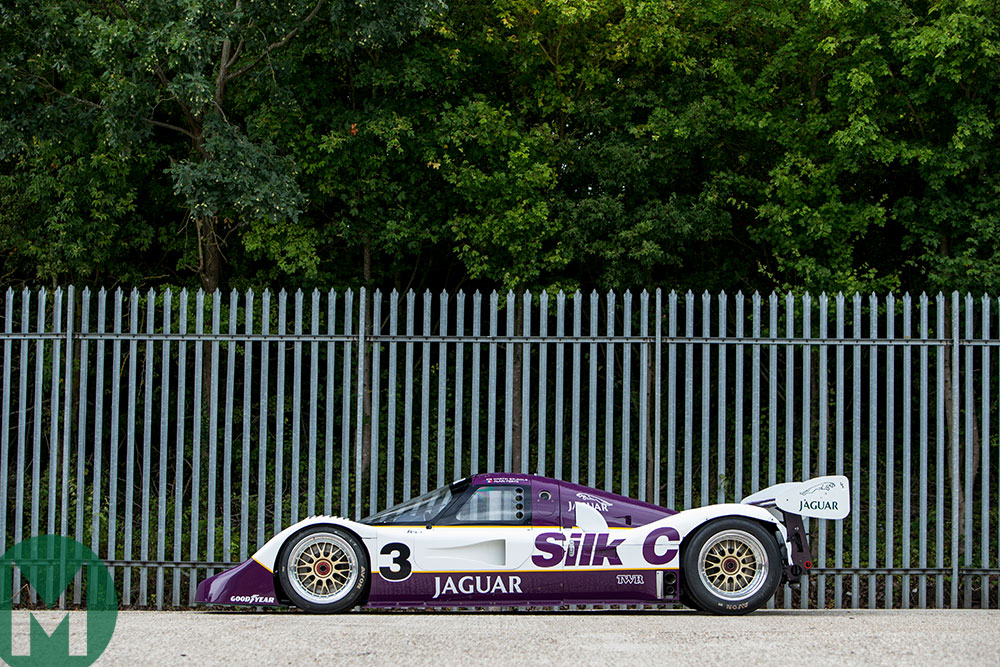 Powered by a twin-turbo MG Metro-derived V6 engine, chassis 490 made its debut at the hands of Martin Brundle and Alain Ferté in 1990 at Suzuka, and Tom Walkinshaw’s squad took a 1-2 at Silverstone – the car’s only victory.

Jan Lammers partnered Brundle for the last two races of the 1990 season but reliability was their downfall; this Jaguar was still the most successful of three XJR-11s when it was phased out in 1991. 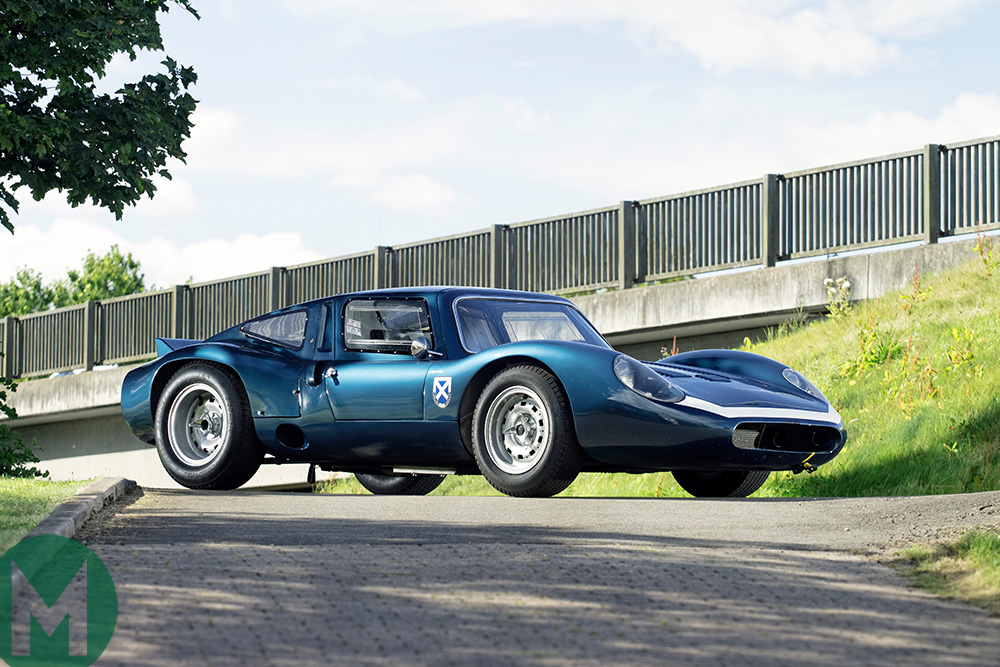 ‘I have a 2½-litre Coventry Climax engine and I feel that this engine in a coupe body could do well in the GT Prototype class’, he wrote to team backer Major E G Thomson.

This Tojeiro was one of two cars hastily prepared and delivered for June’s 24 Hour race. So hastily that, on the journey, the team’s famous Commer transporter skidded on a wet road in Kent and damaged its body panel.

The Ecurie Ecosse Tojeiro Endurance Racing Coupé ended up racing, but retired after eight hours with a broken gearbox. Jack Fairman spun and rolled the car at its following race, the Brands Hatch Guards Trophy, and the team’s attempt to break records at Monza later that year failed due to a broken oil pipe.

Attention turned towards General Motors’ lightweight V8 engines – the same ones that would soon capture the imagination of Bruce McLaren and even Rover, for its SD1 saloon.

In Edinburgh, it was agreed that Buick V8s would be fitted to the Tojeiros. This one retired on its debut, driven by Stewart at Snetterton in June 1963. But Stewart managed a win at the same circuit in August, with another podium two weeks later.

In 1964, the Buick engine was replaced by that of a Ford and Stewart drove the 4.7-litre-engined Coupé at Silverstone for sixth in May, following up with a retirement at Goodwood and a podium at Brands Hatch in July. John Coundley won at Brands in September, taking second there the following month.

Related: Out of the blue

It was damaged by Bill Stein at a 1966 British Grand Prix undercard race and sold on, changing hands a number of times before Crosthwaite & Gardiner restored it in 1993, fitting the original roof for David Leslie to test it at Snetterton. With a rebuilt engine, new gearbox and new brakes, the Tojeiro Ford Coupé could now fetch £400,000-£500,000 at auction. 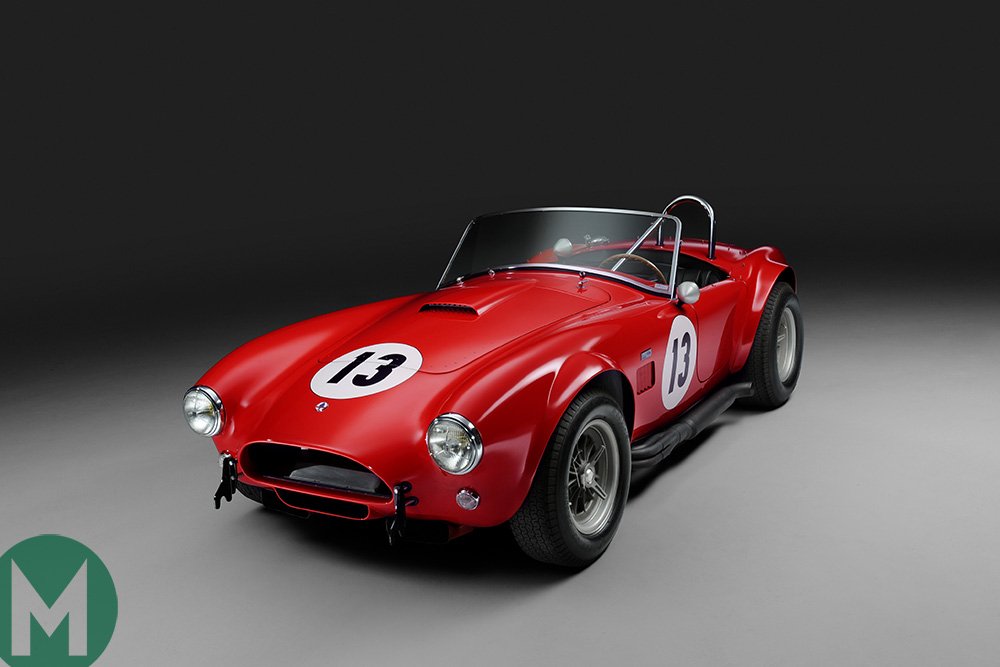 Powered by a similar engine, this Shelby Cobra isn’t an evocation or recreation: this is one of only 32 Cobras built by the factory for competition.

Tom Payne, a Michigan businessman and racer, opened a Ford dealership and – having driven a Cobra at an SCCA meeting earlier in 1963 – ordered this one a few months later. Ford’s Special Vehicle Division approved it and Shelby American began work on ‘CSX 2430’, building it to the same specification as the factory team cars.

Output was 400bhp, and the car was delivered in the summer of 1964. But it remained the property of Ford, and was run as a factory-sponsored Shelby American entry at SCCA meetings with Payne at the wheel. He earned consistent podiums, including first in class at the Nassau Trophy Race against the likes of Roger Penske, Phil Hill, McLaren and AJ Foyt.

Payne took it back to Nassau in 1965 and finished third in the Tourist Trophy, before the car changed hands. The next owner, Dan Schlames, campaigned it until 1967 and the car was raced at historic meetings in the 1980s, changing hands over the years before being restored by specialists in 1985 to concours condition.