Alongside Fangio, Surtees, Clark, Stewart, Ickx and the other legends of the Nürburgring Nordschleife sits the name of Sabine Schmitz.

She also founded the Frikadelli Racing team with her husband Klaus Abbelen, and drove the Ring Taxi, giving rides to passengers who paid to be terrified at high speed.

But it was her famous appearance on Top Gear that brought her to prominence: a magical few minutes of TV from behind the wheel of a Ford Transit, with her bubbly commentary and irritation at slower motorbikes and sports cars, as she wrung every horsepower from its diesel engine in an attempt to lap the Nordschleife in under 10min.

The attempt may not have been successful, but it led to Schmitz becoming a co-presenter of the BBC show in 2016, where she raced Eddie Jordan from London to Venice; the former team-owner on the Orient Express and Schmitz in an Audi A8.

In a statement issued this morning, Frikadelli Racing said: “Sabine Schmitz passed away yesterday (Tuesday) after her brave fight against cancer. She was 51 years old. Klaus Abbelen and all relatives and friends are deeply saddened by the immeasurable loss.” 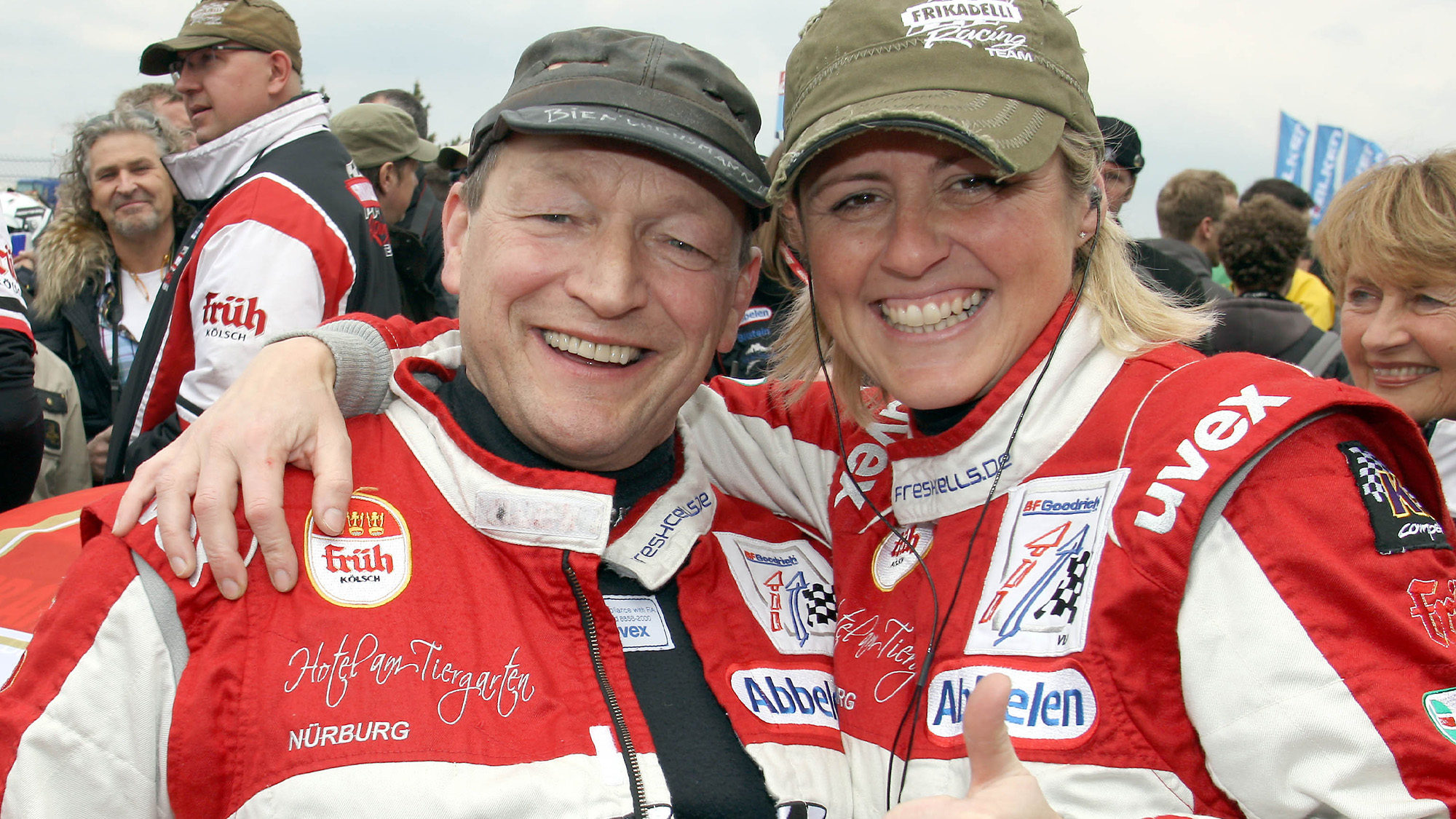 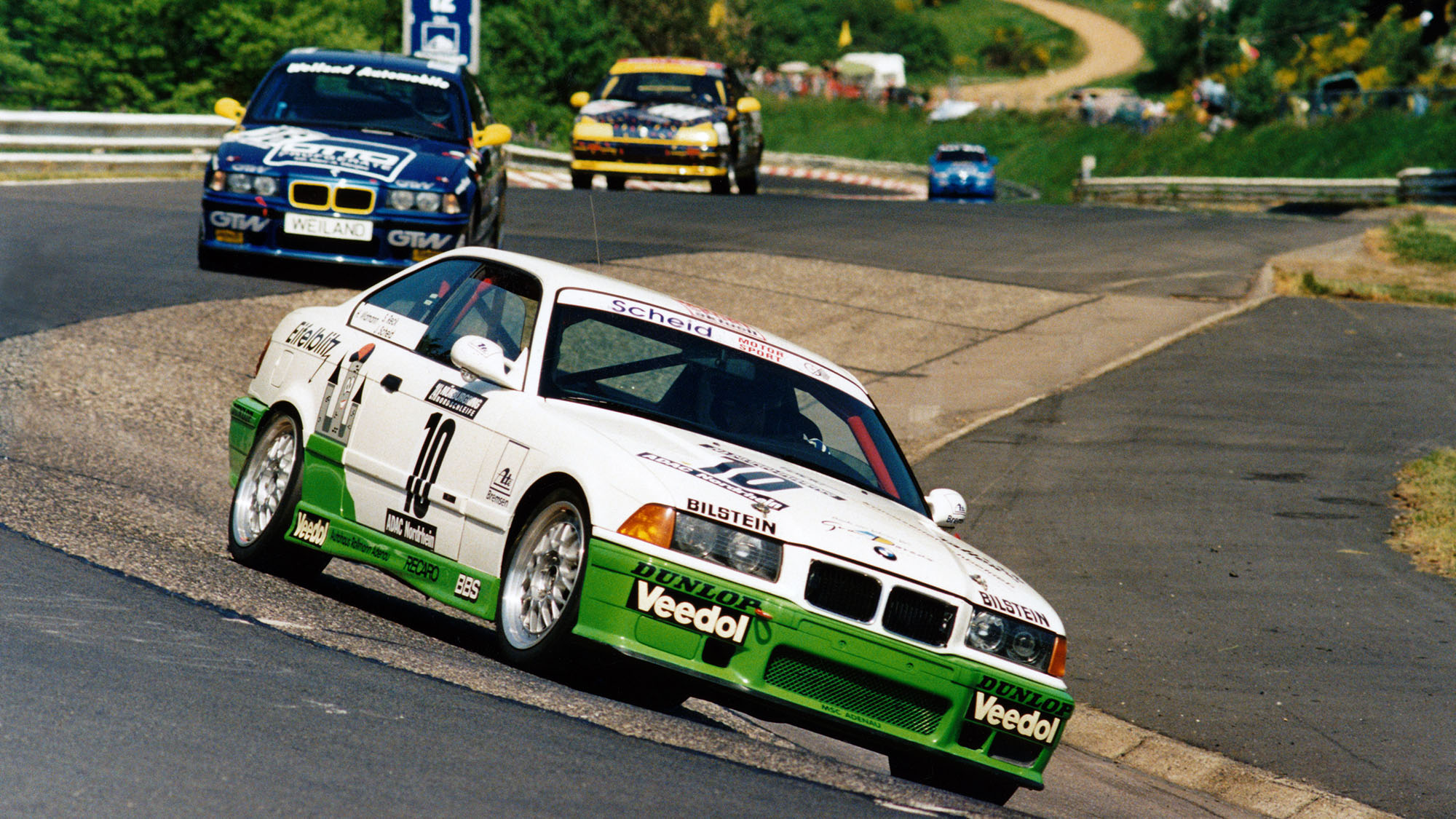 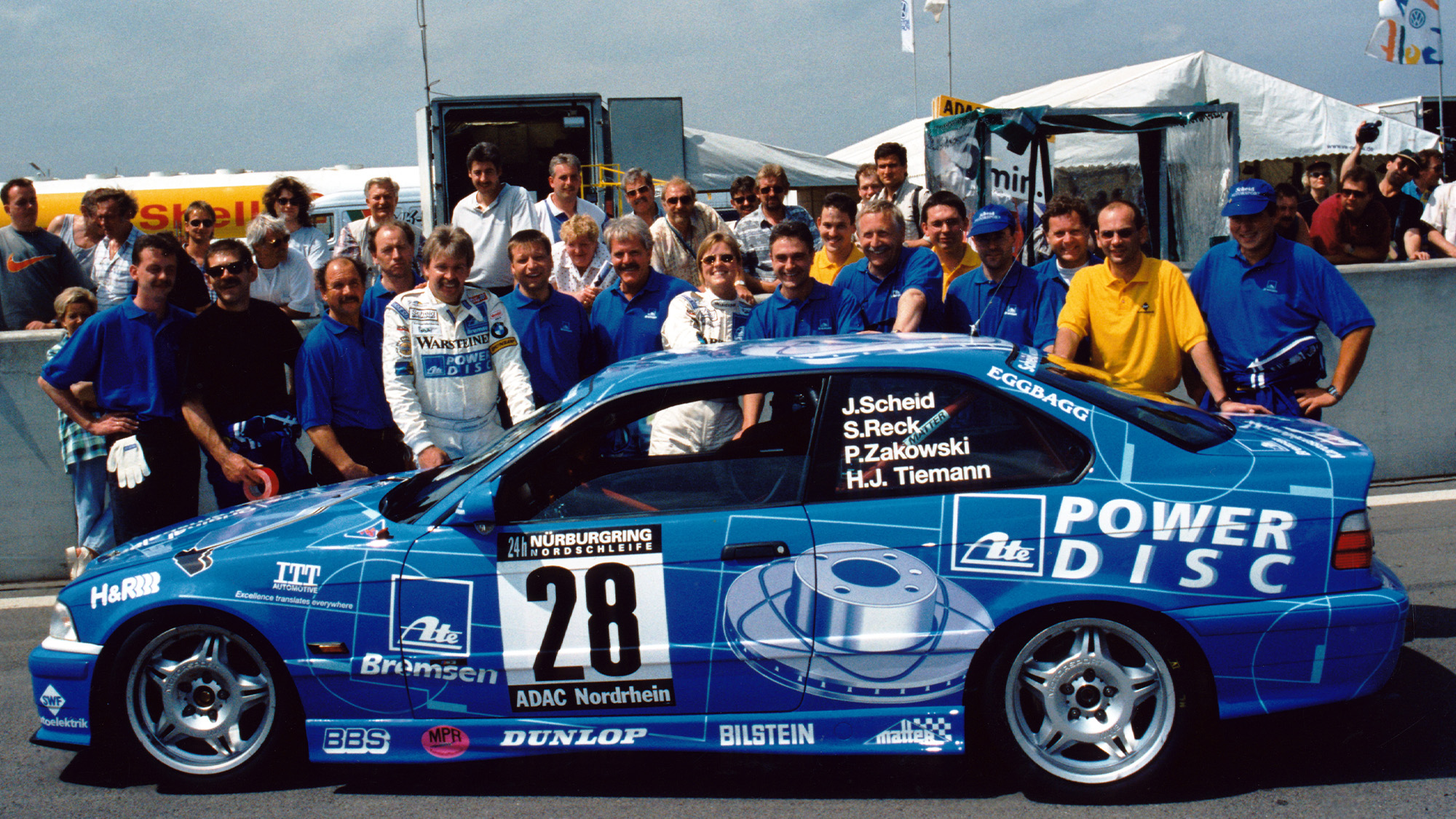 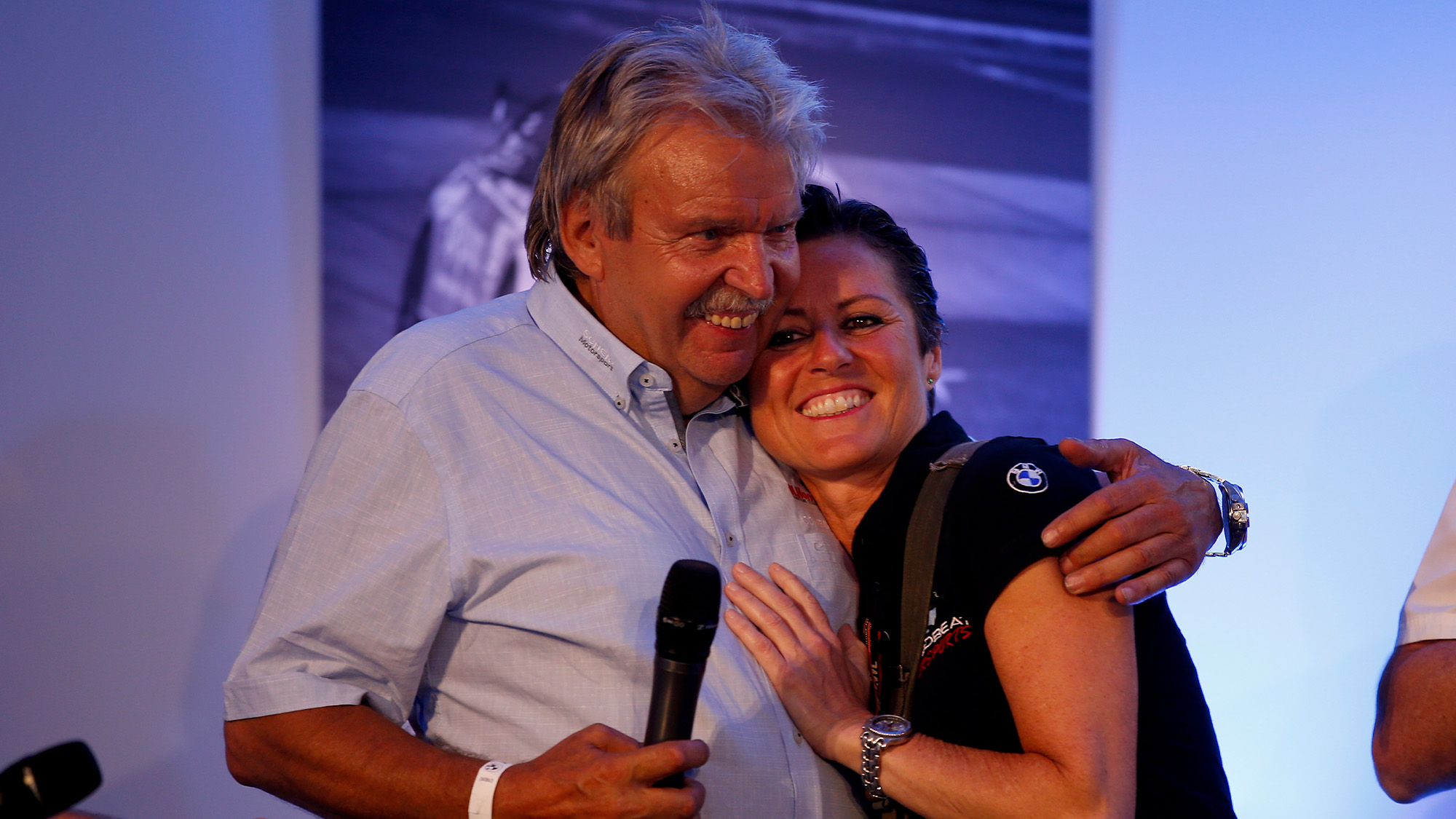 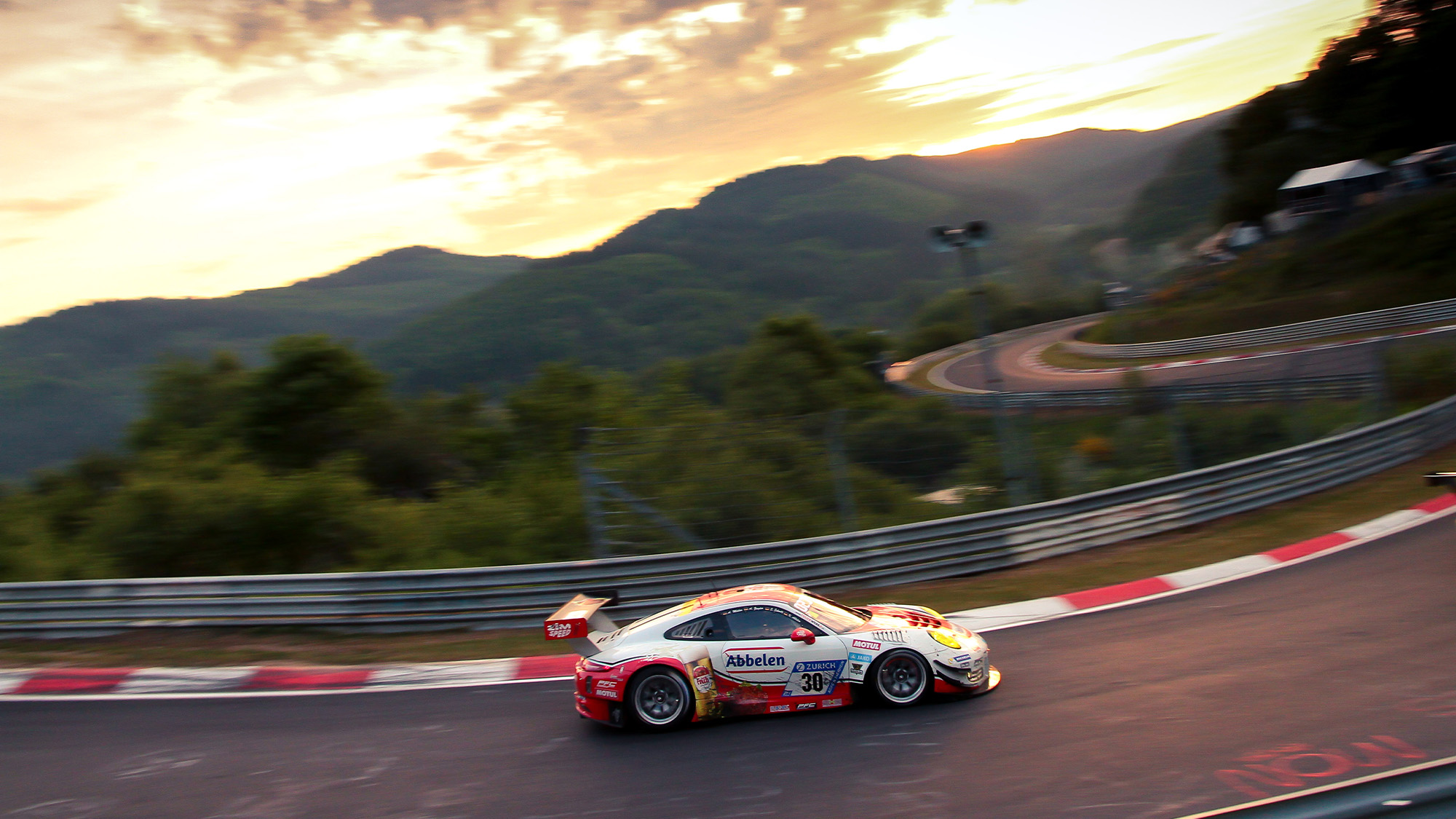 Sabine Schmitz was born on 14 May 1969 into a world of motor racing greats. She grew up at the Hotel am Tiergarten in the village of Nürburg, just 300m from the circuit.

“There were not that many hotels at that time around the track and all the former Grand Prix drivers like Ascari, they were in our hotel,” she said in a video made by BMW. “And later Nelson Piquet.”

Speed was a fascination from a young age. “I was always fast on roller-skates, on a bicycle,” she said. “It didn’t matter what, it had to be fast — I had the fastest horse in the surroundings.”

At the age of 13, she decided that she wanted to be a racing driver and she drove her first lap in her mother’s BMW at the age of 17 – telling the circuit attendant that she was 18, and therefore old enough to have her driving licence. “[My mum] didn’t know that for sure!” She said.

Schmitz was soon back on the Nordschleife in her VW Polo GT, with tyres paid for by her father.

She moved on to win the VLN championship and then won the Nürburgring 24 Hours in ’96 and ’97, alongside Johannes Scheid on both occasions.

Guest appearances in the World Touring Car Championship saw her record point finishes at the Nordschleife.

Her miles on the circuit racked up with her role as a Ring Taxi driver, and she estimated that she had lapped it more than 30,000 times.

“I like my job driving all day on the Nordschleife in the Ring Taxi,” she said. “It’s really fun to scare people. They love to be scared so they pay me for that.”

Her enthusiasm and talent made her a natural on TV, from the moment she deflated Jeremy Clarkson’s pride in his Nürburgring lap time with the phrase: “I could do that lap time in a van.”

It set up one of the series’ stand-out moments, with an exhilarated Schmitz racing past cars and motorbikes as she attempted to beat the clock in a Ford Transit.

“Terrible news about Sabine Schmitz,” wrote Clarkson, in response to the news of her death. “Such a sunny person and so full of beans.”

Schmitz revealed her battle with cancer in July last year, as she explained why she had withdrawn from a race, signing off with a message to her followers: “Please stay healthy and cheerful, see you at the ‘Ring”.