Sébastien Ogier, the seven-time world rally champion who leads this year’s standings after Rallye Monte-Carlo, has reiterated that he won’t go back on his decision to retire from the championship at the end of this year, aged 37.

But what will he do next? In reality, he should have hung up his helmet already, having vowed to stop at the end of 2020. But the Covid-19 pandemic changed his mind because, although he won his seventh title at the end of last year, he was in no mood to celebrate.

“With the global situation, it didn’t seem right to jump up and down,” said the Frenchman. “So I decided on one more year. But I’m not going to change my mind: this year is the last one in the world rally championship: or at least the last one full-time.”

He’s not ruled out some one-off rally outings after he stops. “I don’t want to say never again, because I don’t want to limit myself, it could happen that I do some rallies again,” he added. “But yes, this will be the last full year, definitely.”

Instead, the Toyota driver’s ambitions lie in a different direction: on the race track. “I like racing, and I think it’s no secret that I’ve been interested in what Toyota has been doing on the race track, in the World Endurance Championship. I’d love to stay involved with Toyota, maybe test the car and see what is possible.”

The obvious next step that Ogier alludes to is Le Mans: the centrepiece of the programme that Toyota is embarking on with its new hypercar, for which the driving roster is unchanged this year. Next year, when Ogier is a free agent, he could be available to slot into the driver line-up if his performance is judged good enough to warrant a seat – although no concrete plans are in place.

Ogier has performed well in his limited circuit outings so far. These include two Porsche Carrera Cup races in Monaco and Austria, a Formula 1 test, a French GT and GT Masters outing and a DTM race. 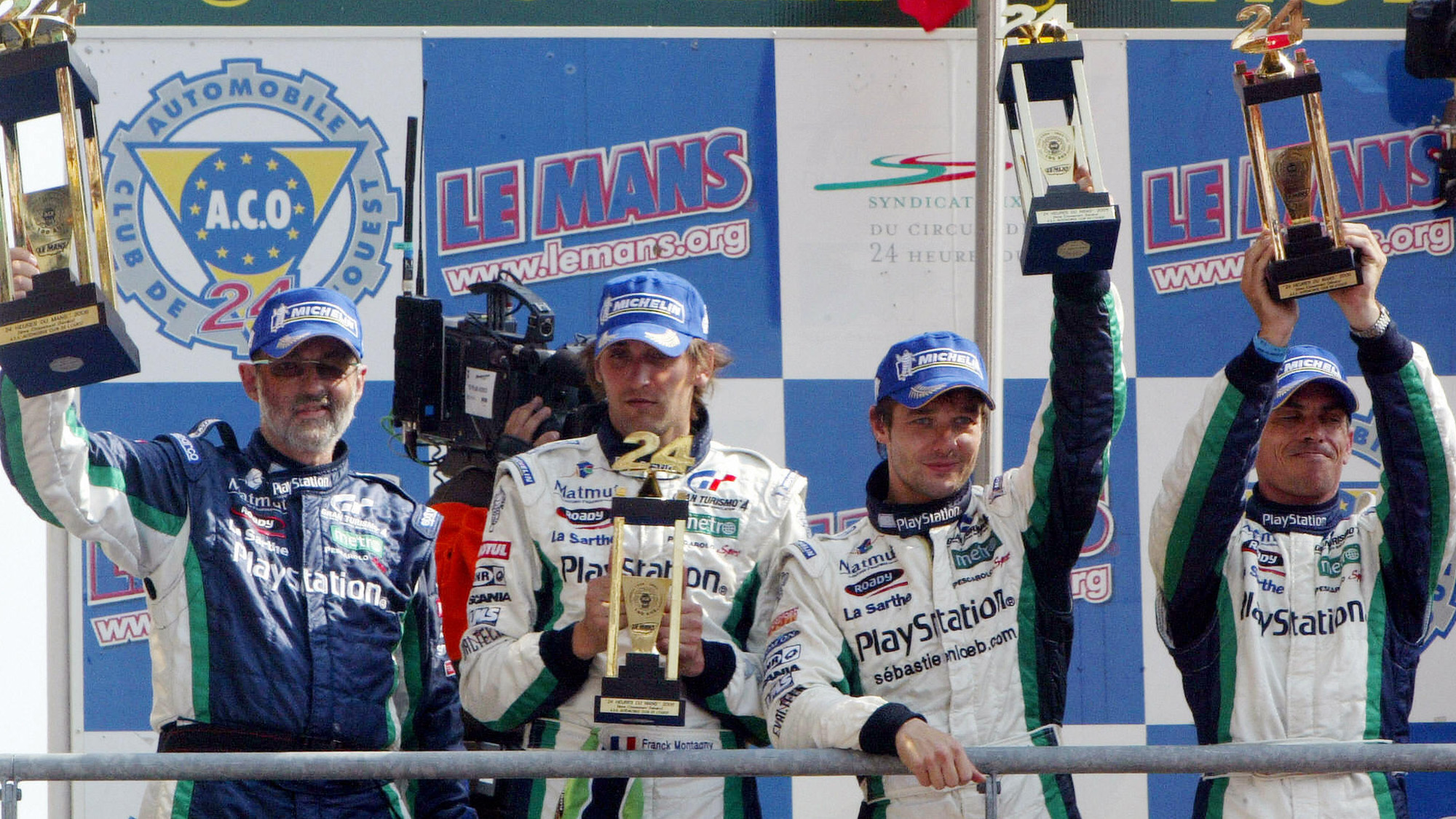 Loeb, second from right, finished second at Le Mans in 2006

If he does compete at Le Mans, it would be without precedent for a rally driver in his situation: Sebastien Loeb nearly won the race on his first attempt in 2005 (before his team-mate crashed) and then finished second in 2006. Going back to the 1990s, rally champion Carlos Sainz was also being lined up for a Le Mans drive in Toyota’s GT-One before deciding he couldn’t fit it in alongside his WRC commitments.

However, whatever happens, Ogier will have enough to keep him busy this year as he’ll also compete in the new Extreme E championship, for which he was an ambassador since the series was launched.

Extreme E fits in well with Ogier’s growing concerns about motorsport and the environment, which will also influence his future career direction.

“I come from the mountains, a place I love, and every year I see that the snow there is less,” he said. “So I think, if you can, you have to try and find a better way. All the alternative energies are interesting. It’s a shame that rallying is actually a little bit behind in this respect compared to other motorsports.”

With hybrid energy being key to the World Endurance Championship, this could be yet another factor prompting Ogier to line up on the Le Mans grid as early as next year…