Cigarette kiosk? Check. Blokes in Elf Team Tyrrell jackets and similar? Check. Absence of debris fencing? Check. Proximity to circuit? Check… People complain that modern racetracks tend to look the same, but in truth they always did. It was just a different type of ‘same’. 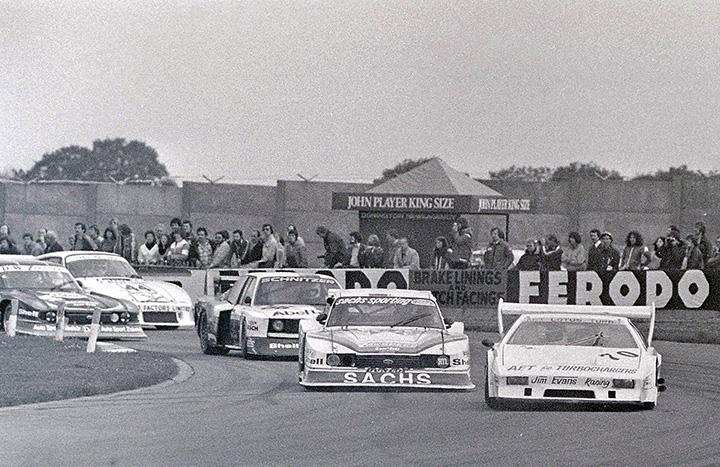 This was taken 35 summers ago, from a long-since vanished grandstand at Coppice Corner. The occasion? The International German Group 5 meeting, when leading lights from the Deutsche Rennsport Meisterschaft were due to pay a flying visit to the UK for a non-championship race bisecting mainstream fixtures at the Norisring and Salzburgring.

It was a wonderful concept, a reflection of Donington Park owner Tom Wheatcroft’s desire to promote events with a difference, but only 15 of the 21 entries materialised – and British interloper Richard Jenvey didn’t start after his Lotus Esprit suffered a blown engine.

Klaus Ludwig (Zakspeed Capri) qualified comfortably on pole and went on to take a dominant victory from Guy Edwards (Kremer Porsche), Ertl, Klaus Niedzwiedz (Zakspeed Capri) and the lapped Brun. It hadn’t been quite the success it might have been, then, but the image still conjures fond memories of a less homogenised age.