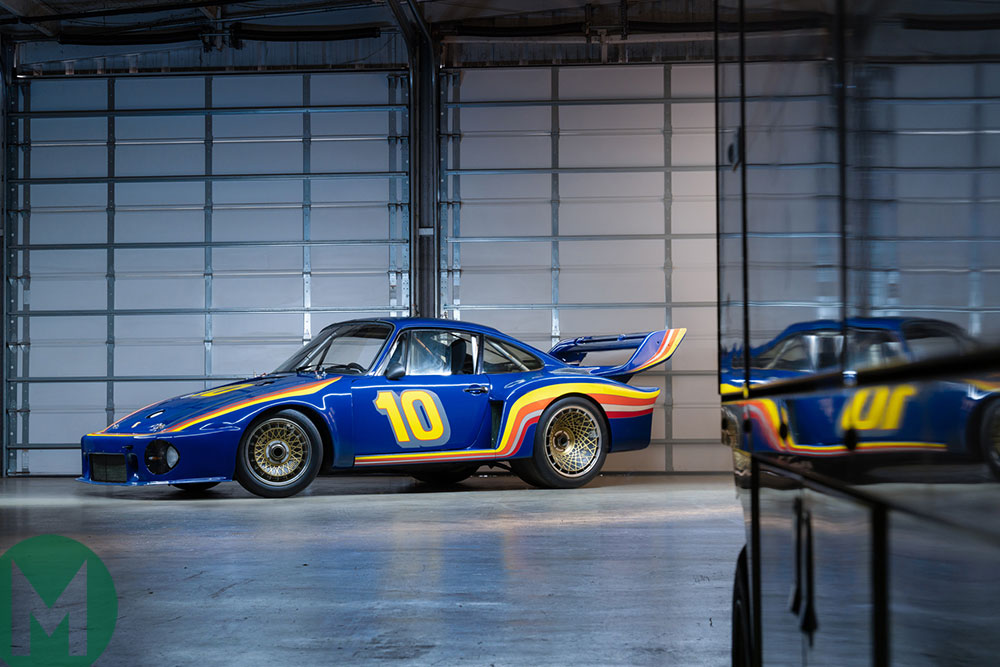 There is no shortage of Porsches going under the hammer at the forthcoming Gooding & Company Amelia Island auction in Florida, taking place on March 8. The line-up includes a striking $1million Leyton House liveried Porsche 962, and joining it is another racing Porsche expected to go for up to three times as much.

The 935 was iconic racing Porsche of the 1970s, and across various permutations was competitive for nine seasons. It bagged outright Le Mans, Daytona and Sebring victories and was integral in Porsche’s run of titles from 1976 to ’79 in the World Championship for Makes – the forerunner of today’s World Endurance Championship.

The price reflects also that this car for auction is among the last, and therefore the most developed, customer 935s ever built – and is one of just seven 935s from that exclusive final batch. The rarity applies more widely too, as all ‘works’ Porsche 935s are held today by the Porsche Museum and other private collections, meaning there are only 37 customer 935s from 1977-79 for the collector. Even fewer are so close to original spec as this one.

This car for auction, chassis ‘930 990 0027’, was built to order for Otis Chandler, publisher of the Los Angeles Times as well as one of Porsche’s VIP customers and a committed Porsche enthusiast. He was a member of the Porsche Club of America and already had several iconic models in his possession including the 917K.

His collection also already included an early 935 customer car, but he was keen to get his hands on this latest ultimate version. It cost him $134,963.10 including shipping. That’s around $561,000 in 2019, taking inflation into account.

And while most 935s had plain, white bodywork, Chandler requested that his car be finished in Vintage Racing Blue to match his Sunoco-liveried 917/30. It retains this distinctive livery today.

Almost immediately upon its arrival in the United States in 1979, this 935 was sent to Riverside Raceway for a test with Chandler and his friend and fellow racer John Thomas. The pair raved about the car’s handling and brakes.

A month later the car took part in its only competition outing, the inaugural 6 Hours of Riverside, Chandler again sharing the driving with Thomas. Sporting the no10 that is still on the car, they ran as high as third before engine failure.

Chandler then had a more reliable yet less punchy 3-litre twin-turbo engine put in the car, but his use of the 935 from that point was limited, only occasionally taking it out for demonstration runs. He sold it in 1993 after which point it had a succession of owners before entering the hands of the current owner in 1996. Today its 3-litre engine from 1980 has had a KKK turbocharger fitted to get it closer to how it was when it raced and its current owner also restored the car and occasionally entered it in vintage races, winning the 935 Challenge at Daytona in 2000, and it has been run regularly to this day.