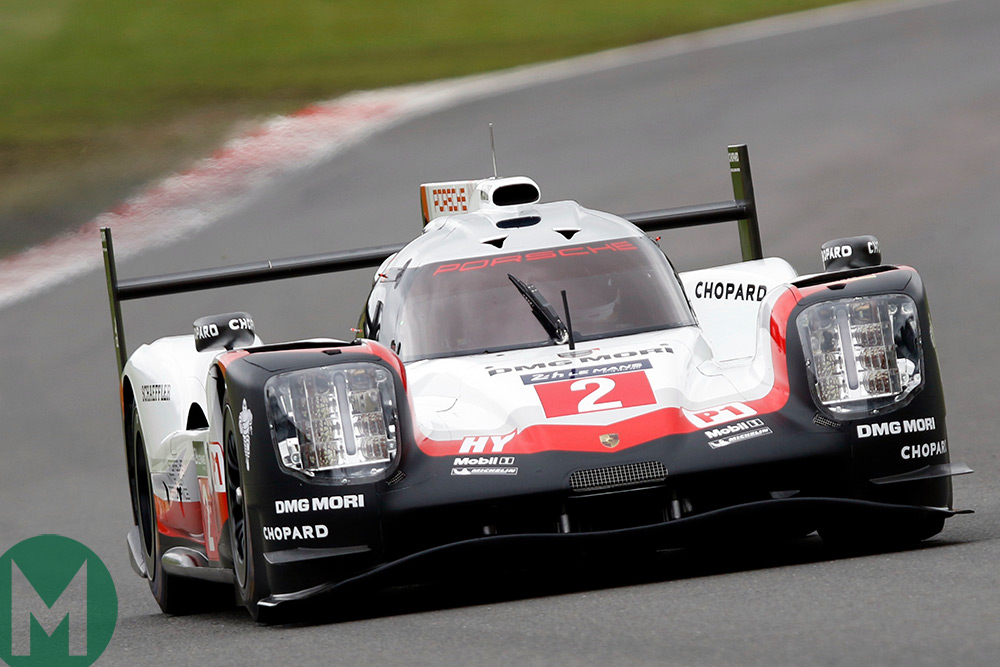 World Sportscars has created some unforgettable memories for many at Brands Hatch. Particularly with Porsche, for that matter.

One more was made last weekend, as Nick Tandy took the soon-to-be redundant Porsche 919 around the short but stunning Grand Prix circuit.

Typically, it being Brands Hatch in October, the weather was less than ideal. But that didn’t take much away from the spectacle, as a contemporary top-line sports car was seen on the Kent track for the first time since 1996.

“It was good,” Tandy understates, “but it was a real shame that it wasn’t a dry track and we couldn’t commit to putting slicks on. I wanted to see what it was really like out the back of the circuit in the 919.

“It was good to be able to show the car working hard and going fast to show what it can really do. But even to have it out on track at speed for people who wouldn’t normally see it is good, it was fun.”

Puffs of tyre smoke and slides through Graham Hill Bend opposed the assumption that this was some trundling demo. “Oh I was pushing, but we had cold brakes, cold tyres; I was going as fast as possible. Overheating wets and overheating brakes meant it wasn’t easy.”

Brands Hatch’s close confines mean any racing return for WSC/WEC is fantasy. The pitlane is too small, the paddock too.  “It would be mega, though, wouldn’t it?” Tandy smiles. “Anything racing at Brands GP is mega. Last time I was here I didn’t get to race [in Blancpain], so before that would have been British GT in 2014.

“The track is narrow out the back, and that would be a problem with multi-class racing and the current speed of LMP and GT cars. But Brands is just an awesome circuit. It would just be a different sort of challenge. I’d love a 1000kms.”