Could a pre-season switch re-ignite a tyre war in the World Endurance Championship? Dunlop hopes so 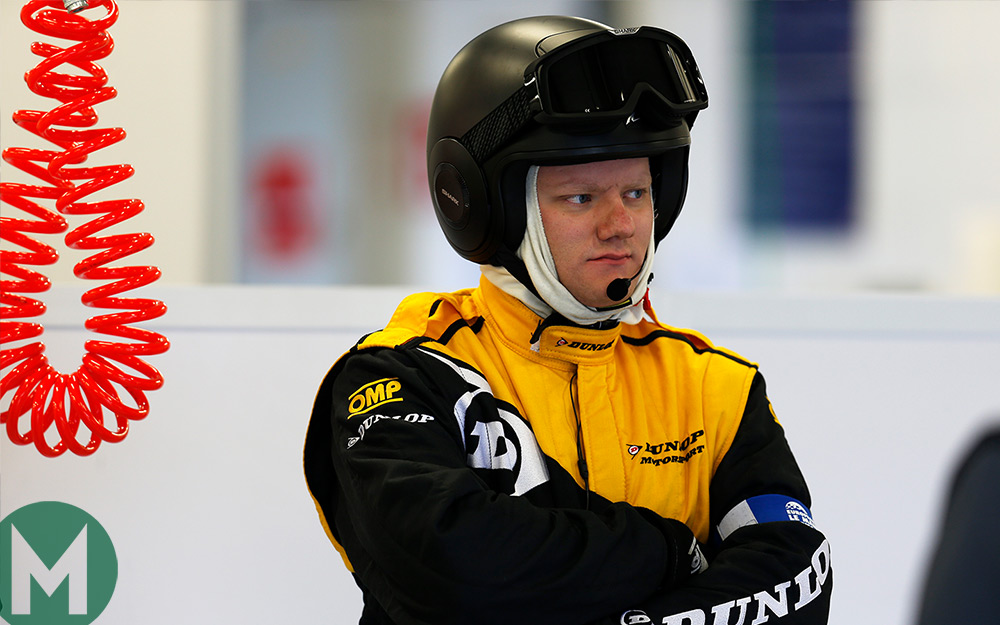 Gulf Racing and Proton Dempsey’s switch to Dunlop tyres from Michelin in the FIA World Endurance Championship may seem innocuous enough, and might not have broken many back pages. But it could signal the beginnings of a renewed tyre battle in sports car racing that could stretch to the very top.

Previously it had been only Aston Martin wearing Dunlop tyres in the FIA World Endurance Championship‘s GTE-Pro and GTE-Am class, but changes over the winter have seen the Am class shift to more Dunlops than Michelins.

The key to Dunlop’s new stranglehold has been closer ties between itself and Porsche Motorsport, the team behind the new GT3 road car – its SportMaxx 2 tyres were designed specifically with Porsche.

While the GTE-Pro class is still the domain of Michelin in WEC – all except Aston Martin – the door could be nudged further ajar should the Am-class Porsches show an upturn of pace this season.

That’s how Jean-Felix Bazelin, Dunlop’s operations director, hopes things transpire. “GTE-Pro isn’t in our hands, let’s just see what we can bring to the Porsche. If the customers are happy, the teams appreciate the partnership and the drivers like the tyres then…” he says breaking off into a shrug and wry grin.

“Motor sport is about winning and learning, so we’re at the learning stage and if we can win at the same stage then we will be very happy.”

Things certainly began impressively. Dunlops topped each practice sessions in GTE-Am with Aston heading Gulf, thanks mainly to the evergreen Pedro Lamy. That continued into qualifying, albeit the Porsches slightly adrift.

The qualifying gap for the Gulf squad was expected. Ben Barker, Gulf Racing’s gold-rated pro, is possibly best placed to compare the tyre offerings from Michelin and Dunlop, having spent much of his career racing Porsches on French rubber. “They definitely feel different,” he says fresh from the car. “The Dunlops have strong points over Michelins and Michelin has some strong points over the Dunlops. We’ve found the Dunlop has been pretty good over a long stint, it’s not so good on a peak so doesn’t feel as good as a qualifying tyre. The stints are what matter in endurance racing.”

Dunlop knows its own weakness, says Bazelin, and has been working all winter to redress the imbalance. “We were behind Michelin on wet tyres,” he admits. “The slick wet was interesting, because on full wet Michelin was better but on a drying track with our hand-cut slick we were better. We can say, because we have measured, we were not at the right level in the wet.” 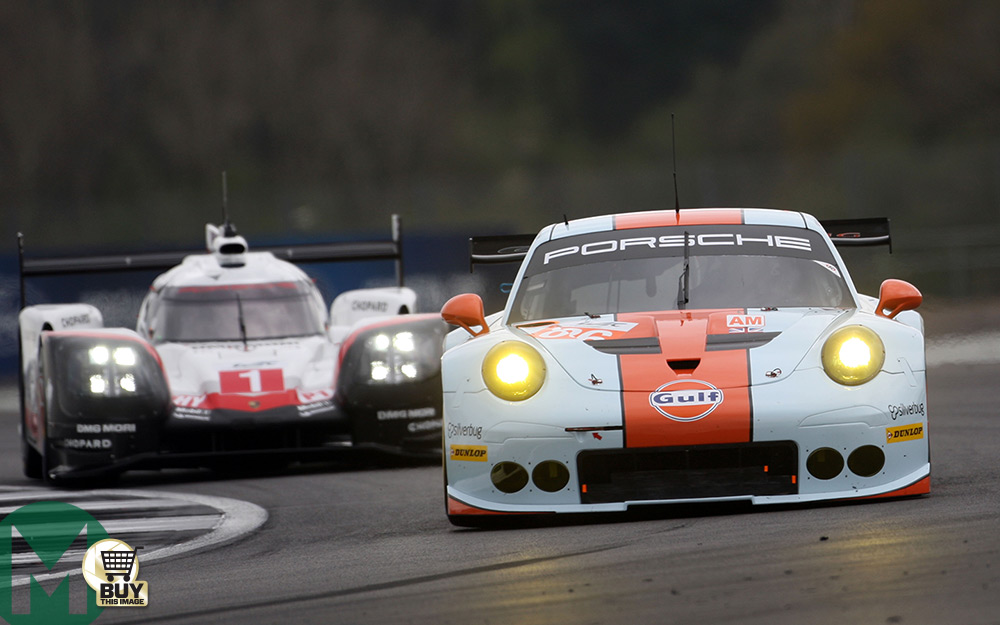 Should the pace be such that Porsche’s GTE-Pro cars fall to Dunlop, then could Michelin’s monopoly of LMP1 also be in question? “Everything is possible,” Bazelin says coyly. “At this stage it’s not only a case of performance but company strategy. Does it want a partnership with a tyre company, globally? Racing is only a small part. Motor sport is a marketing tool but also a development tool.”

Its presence could be felt again in LMP1 sooner, with Ginetta’s £1.3m off-the-shelf customer LMP1 not being designed specifically with one tyre manufacturer. Last season’s LMP1 privateer-winning Rebellion Racing ran on Dunlops, and it has opted to stick with Dunlop for its LMP2 campaign in 2017, so there’s groundwork already in place.

“Last year in LMP1 was a very good experience,” according to Bazelin, “the only disappointment is that it stopped after one year. We have been able to show – at least to ourselves – that we are capable of doing something. They were satisfied with the service and the product, I think. We know there are lots of other projects ongoing – the known ones are Ginetta, SMP with Dallara, but there are others. We have been discussing performance with Ginetta, yes; we are discussing with everyone.

“We can have the tyres ready to go within four weeks,” he adds, with another mischievous smile.

“We ran a new specification of tyre at Bahrain last year [the last race for the Rebellion LMP1] so we never stop developing. It’s more difficult now to develop a tyre because we don’t have a car to use, but in house we have simulations and models. We can find ways to test them though – the rear tyres are the same as LMP2.”

The new LMP2 cars, all Dunlop-shod in the WEC, have been drastically improved – so much so they have leapfrogged the one remaining privateer LMP1, the ByKolles. Power has been increased to 600bhp and downforce increased by 20 per cent. It showed at Silverstone, with tyres coming off cars worse for wear. But that season with Rebellion has made the jump easier to cope with, according to Bazelin, and offers a base on which to build from for the next level. “The tyres could be transferred to LMP1. There is a difference in front-tyre size as it’s bigger in LMP1 but we know how to do that.

“We need to see where the performance of LMP1 Private is between LMP2 and LMP1. We’ve seen at Monza the gap is five seconds and they are brand new, so they’ve done no development. They will get quicker. It’s not a problem, it just needs to be taken into account.”

He appears confident of a presence in 2017, but unable to commit to anything just yet. This year of tyre competition it now finds itself in could shape its future in the WEC. There could be more eyes on Gulf Racing and Proton-Dempsey than ever before.

Read more: Why Ginetta is stepping up to LMP1