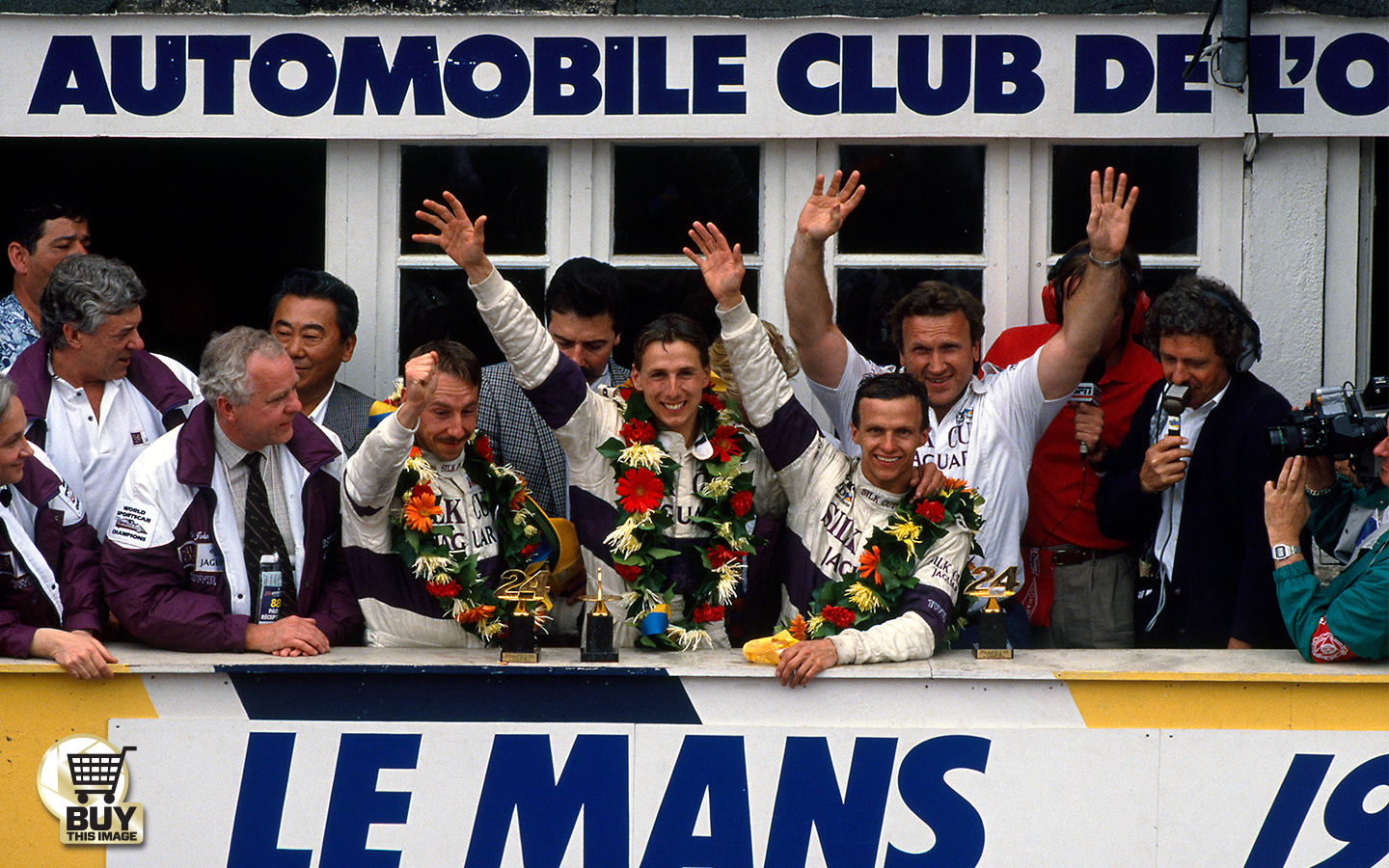 For many, Andy Wallace is the man who broke years of Porsche domination at Le Mans with his victory aboard the Jaguar XJR-9LM with Johnny Dumfries and Jan Lammers.

However, to say only that is to sell the Brit short. Not only did he win Le Mans, but he also won Daytona (three times), Sebring (twice) and Petit Le Mans, the only man ever to win them all outright. Wallace’s 20-plus-year career included drives with Audi, Zytek, Tom Walkinshaw, RML, Panoz, Dyson, Dave Price, Bentley and All-American Racers.

“He’s incredibly economical as a driver,” James Weaver says of Wallace, “he takes so little out of the car. I would say he was peerless with regards to that. He could go incredibly quickly and the car didn’t even notice. He always said that I was a bit of a gorilla. In fact he claims that my long-distance trophy cabinet is the smallest trophy cabinet in the world. I think he might be right.

“Certainly if you ever followed Andy it was remarkable how smooth he was. We were driving the Panoz in 1997 and we were testing at Paul Ricard. It was myself, Andy and Perry McCarthy sharing a car with David Price, who was running it. There were lots of hairpins going back down to the hotel, which we did in the hire car. I had a go at it and got banned because of too much ‘stab and steer’, Perry had a go at it and he was better, but still not brilliant, Andy was absolutely sublime. He made us all look like amateurs. We had to take him down the pub, fill him up with beer and ask him not to drive the rental car again while Dave Price was in it.”

Wallace started his love of the sport at an early age living only 30 miles from Silverstone. From the age of 12 he’d be off to watch the racing, as he told Simon Taylor when he had lunch with him. “I’d set off at 6am, often in pouring rain, with my cheese and pickle sandwich on the carrier, watch from every corner, drink it all in, cycle home, usually still raining, get back in the dark. All the time I was saying, ‘This is what I want to do’. For my 15th birthday my parents gave me a trial lesson at the Silverstone Jim Russell school – half a day round the cones on the Hangar Straight. I was even smaller then, and they had to fill up the cockpit with cushions so I could see out. That made me determined to do the whole course, which cost £500. So I got myself a job after school, £2 a night washing dishes in the kitchens of one of the Oxford colleges. As soon as I’d saved up enough I’d go back to Silverstone for another lesson. It took me over two years to finish the course. 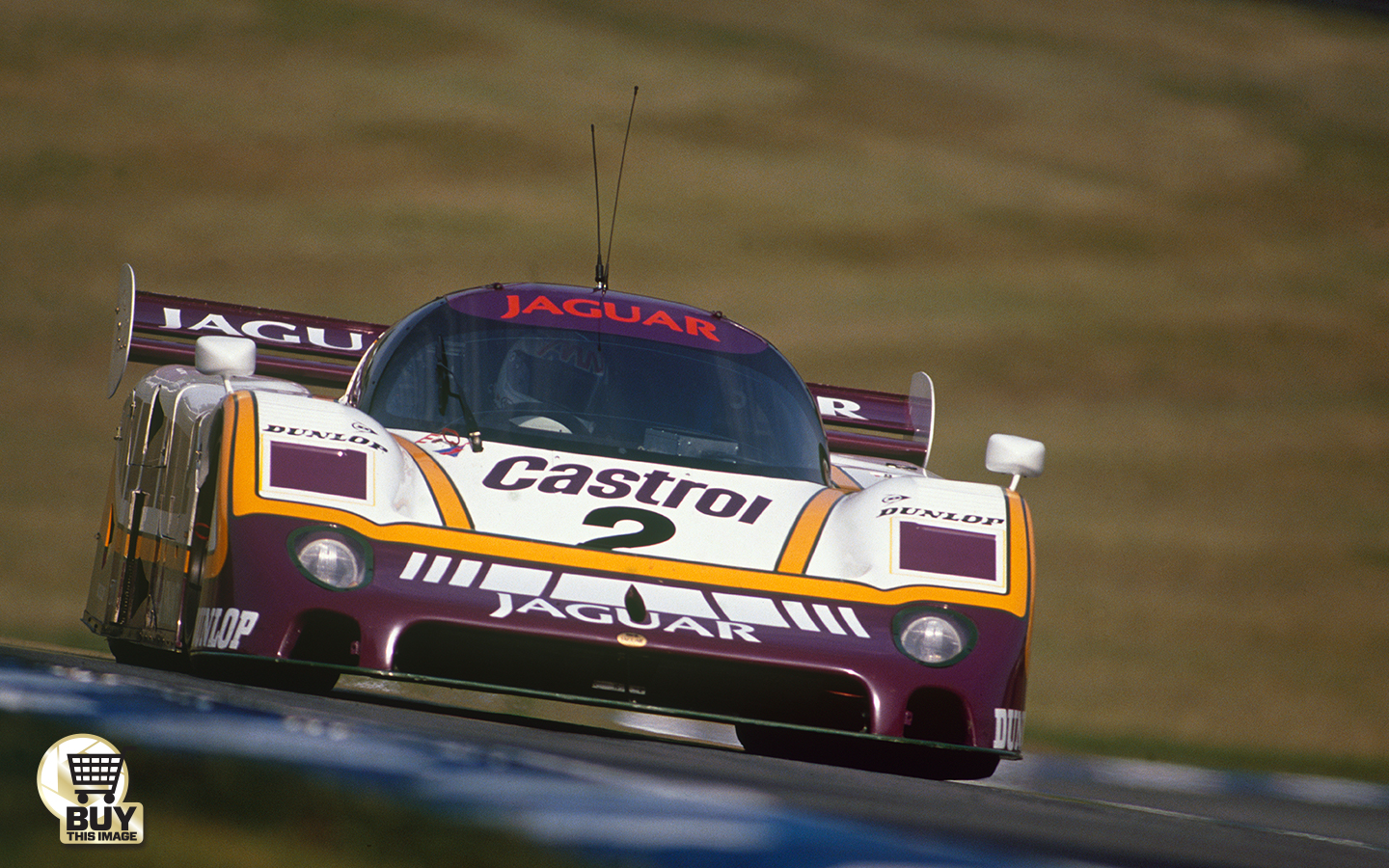 “Now I needed a car. I saw an ad for a 1973 Hawke for sale in Scotland for £1450. I tried to get a loan, but banks don’t lend teenagers money to buy second-hand racing cars. Then I had a brilliant idea. I went to the nearest used car lot, bought a car for £1800 on hire purchase, sold it to somebody the same afternoon at a £200 loss, and now I had £1600. They won’t allow you to do that these days. I persuaded the Scotsman to come down the M6 as far as the Sandbach Services, bought an old trailer off Jonathan Palmer for £50 and hitched it up to my father’s Austin Maxi. At the service area the Scotsman pulled this Hawke DL11 out of his converted bus and said, ‘Take it for a run.’ I roared around the car park, and then he took me into the bus for a cup of tea and we did the deal. He obviously realised I was on a shoestring, because after I’d handed over the money he gave me back a £20 note and said, ‘Buy yourself some breakfast and a tank of fuel to get home.’ A Scotsman, too: I must have looked desperate.

“I took it home, took it all to bits and spread it all over my parents’ lawn to learn how it worked. Then I put it back together, and took it to Silverstone for a test. I knew what a good FF lap time was, and soon I was getting pretty near it. I’m thinking, at this rate I could be on pole for my first race. Then somebody spun at Woodcote, right in front of me. I clipped his right front wheel and it launched me. I did three barrel-rolls, landed upside down and skated along on the roll bar, coming to rest precisely where pole position was painted on the road.

“My dad said, ‘Right, you can forget this silly idea of being a racing driver. Put the bits in a box, sell it, and get yourself a proper job.’ I signed on as an apprentice fitter with British Gas, but that was only to pay to repair the Hawke. British Gas didn’t last long because I was always taking days off to go testing, so I went to work for the Jim Russell school, first as a mechanic and eventually, would you believe, as an instructor. Meanwhile I’m doing the Star of Tomorrow championship. Race one, fighting for the lead, spin off, work back to third by the finish. Race two, last lap, I try to go from third to first and straight into a concrete wall. That was £500 worth of damage. My dad said to his boss at work, ‘If my son paints his racing car in your company colours, will you give him £500?’ He did, we got the car mended again, I won six out of 12 rounds, and I won the Star of Tomorrow.” 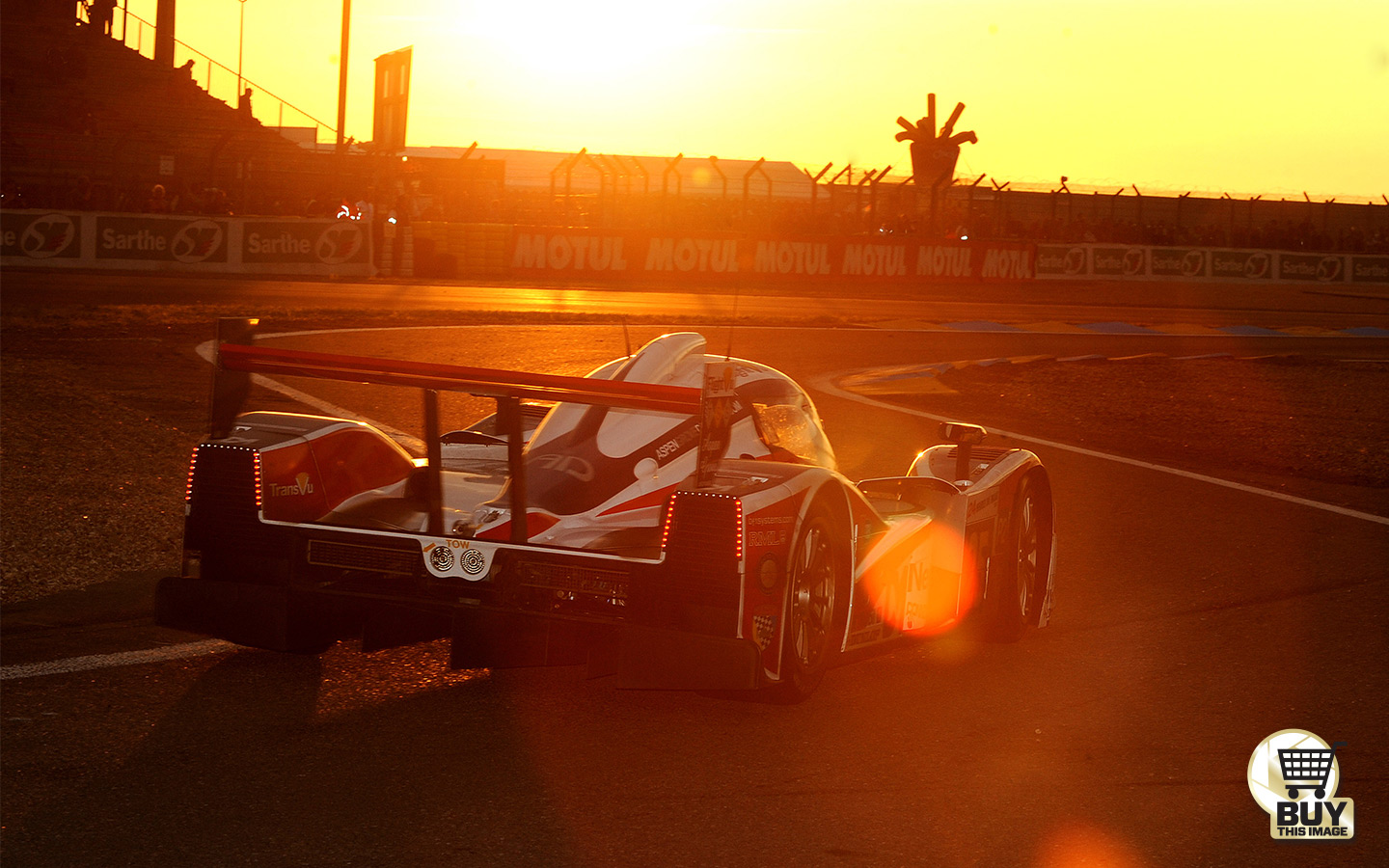 Wallace has four class wins at Le Mans and seven podiums, the last of which was with RML and this Lola in 2010

Wallace made it to F3000 and in 1988 contested that famous Le Mans for Jaguar. A win first time out at the 24 Hours was a fitting start to what would become a celebrated sports car career.

“He’s got excellent recall when he’s driving the car,” Weaver continued. “He knows the revs on all the corners, everything that’s happening. When he’s driving with you he can tell you exactly what to do without you having to drive the car. That’s a big help. Also when you’re setting up the car he says ‘this is what I’ve done, this is why I’ve done it, this is what it’s doing, that’s what needs to get better so we’re thinking of doing this, that and the other. You have a go.’ Everything he tells you will be absolutely spot on. He was unfailingly honest with his team-mates.

“He’s great fun to go for a beer with and our driver debriefings were always hysterically funny. At Dyson we had Pat Smith who was the crew chief when Andy first joined. We were at Watkins Glen and we were driving to the track and it was all misty and foggy. Andy is notoriously grumpy first thing in the morning and he’s going ‘I am not doing the warm up, it’s going to be too cold, we’re not going to learn anything. If you think I am doing the warm up you’ve got another thing coming.’ He wound himself up into a frenzy, walked into the garage, walked up to Pat Smith, didn’t even say good morning to him and launched into why it was stupid doing the warm up and this and that. Pat didn’t say anything so Andy thought ‘look, he just doesn’t get it’ so he turned the volume up. He was literally spitting feathers by the time he stopped. Pat just looked at him and said ‘warm up’s cancelled’.

“That’s the only time I ever saw Andy grumpy was the first thing in the morning. Once he had his breakfast he was fine.”