Electric Volkswagen ID R sets new Goodwood hillclimb record at Festival of Speed for the second time in two days, with Romain Dumas at the wheel 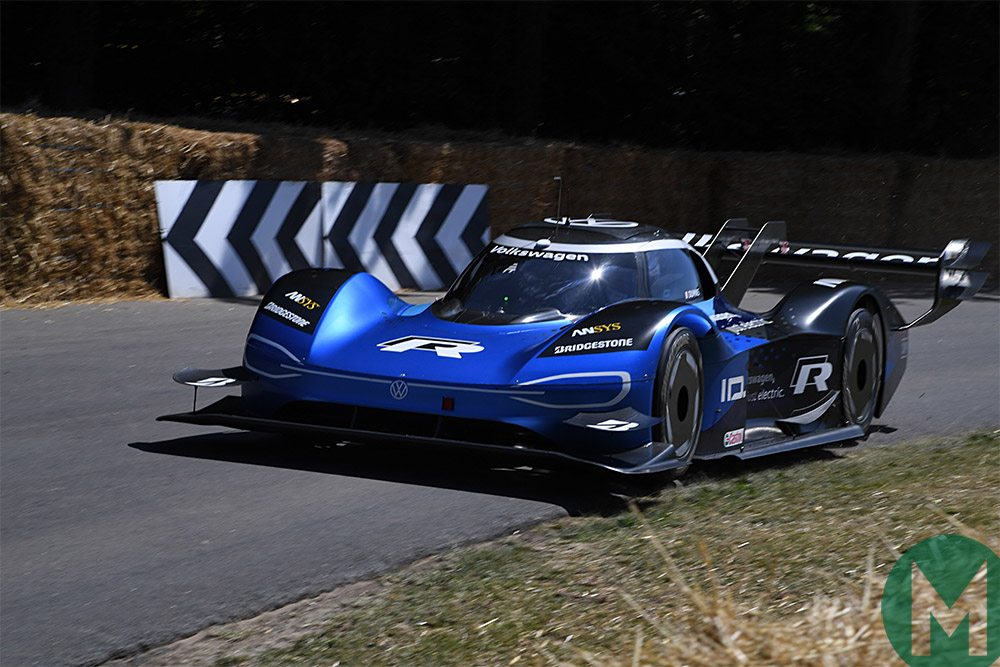 The 41.6-second course record was set in 1999 by Nick Heidfeld in a McLaren Formula 1 car but was beaten by half a second by Romain Dumas in the 671bhp VW ID R on Friday.

Today, Dumas knocked more than a second off that time, as he crossed the line in 39.90 seconds. His run appeared to be on the limit, the car jittering over bumps and sending clouds of dust into the air from the limits of the track.

The high-speed effort was accompanied by the car’s high-intensity whir, which was heard on the following Sunday too — when a wet track scuppered an attempt to reduce the record even further.

The latest version of the car has an F1-style drag reduction system and improved aerodynamics for more stability and grip while cornering, which aided the record attempt on the twisty 1.16 mile Goodwood route.

The latest milestone for came as electric racing continues to gain momentum – on the same weekend that an electric SUV for the new Extreme E series was unveiled.

The ID R’s record-breaking run may come to be seen as symbolic, marking the moment when two electric motors and a pair of lithium-ion battery packs superseded Heidfeld’s V10-powered McLaren MP4/13.

Heidfeld’s record had stood for two decades, thanks to a ban on timed runs for F1 cars on safety grounds — a restriction that doesn’t apply to the Volkswagen.