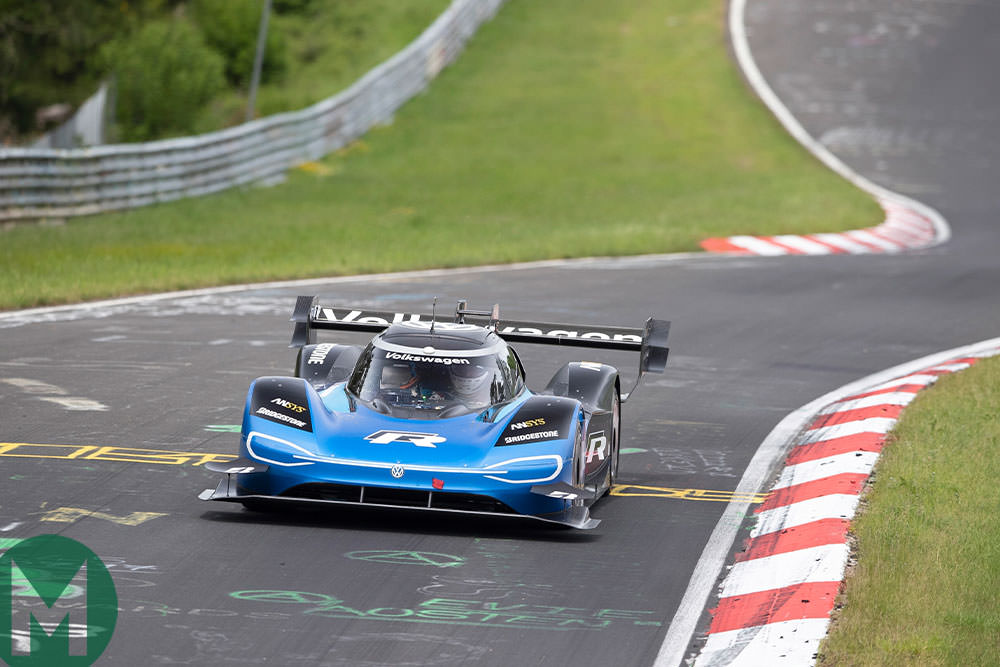 However, the hybrid Porsche 919 Evo still holds the overall Nürburgring record with a time of 5min 19.54sec.

Two-time Le Mans 24 Hours winner Romain Dumas – who also holds the Pikes Peak electric record and Goodwood Festival of Speed electric record with an earlier version of the car – was at the wheel of the I.D. R once again.

“To be a record-holder on the Nordschleife makes me unbelievably proud,” he said.

“For me, this is the best and most difficult race track in the world. I want to thank the team at Volkswagen Motorsport, who have once again done a fantastic job.

“The ID.R was perfectly prepared for the Nordschleife and it was so much fun to experience the blistering acceleration and rapid cornering speeds.”

The company has uploaded footage of the full lap, but with background music included. Watch it below.