Mark Webber talks Le Mans, his season, and whether he’ll be sticking with Porsche for 2017 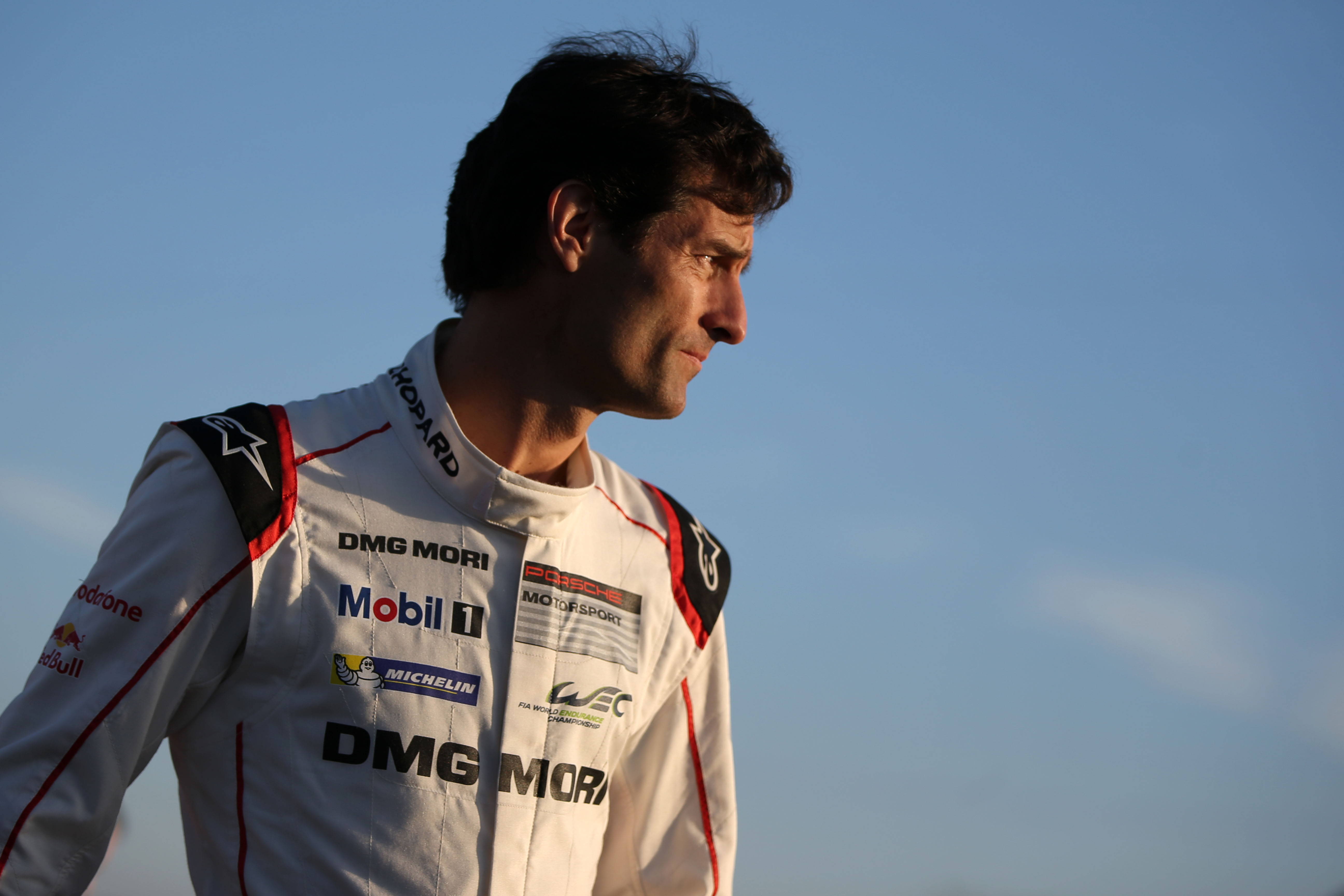 Barring disaster, the FIA World Endurance Championship is going to a Porsche. But world champion Mark Webber is in rear-gunner mode as his team-mates in the Le Mans-winning number two Porsche defend a healthy lead from Audi and Toyota’s own number two cars.

It’s been a season filled with misfortune for Webber and co-drivers Brendon Hartley and Timo Bernhard, not scoring meaningfully until they won the 6 Hours of Nürburgring, the fourth round of the season.

They’ve been in winning positions in each of them, though. Leading the Silverstone opener Hartley clipped a Porsche GTE-Am and was tipped into a near-roll and into the barrier. Reliability problems elsewhere restricted them to points only for pole at Spa and the half-a-point handed out to all that line up on the grid.

“We had a 45-second lead when Brendon had his accident at Silverstone,” Webber points out while sat in the depths of Porsche’s West London centre. “We were long gone. There’s a lot of pressure on us with the backmarkers and we see the scenario so often in a race, and we know the man he hit was a long way off his team-mates. But that’s the way it is. We always have to second-guess. The way Brendon’s come back is exceptional, he’s been awesome this year. He is top-notch now, absolutely world class.

“Then at Spa we had a puncture just after the bus stop so had to do a full lap. Then we had a gearbox problem. At Le Mans we had the water pump go – I mean [losing] the double points at Le Mans really knocked us around. We could do with those right now.

“It‘s always tough when you lose a result when you could have got the big one. We were fast enough. We were in position to win.” 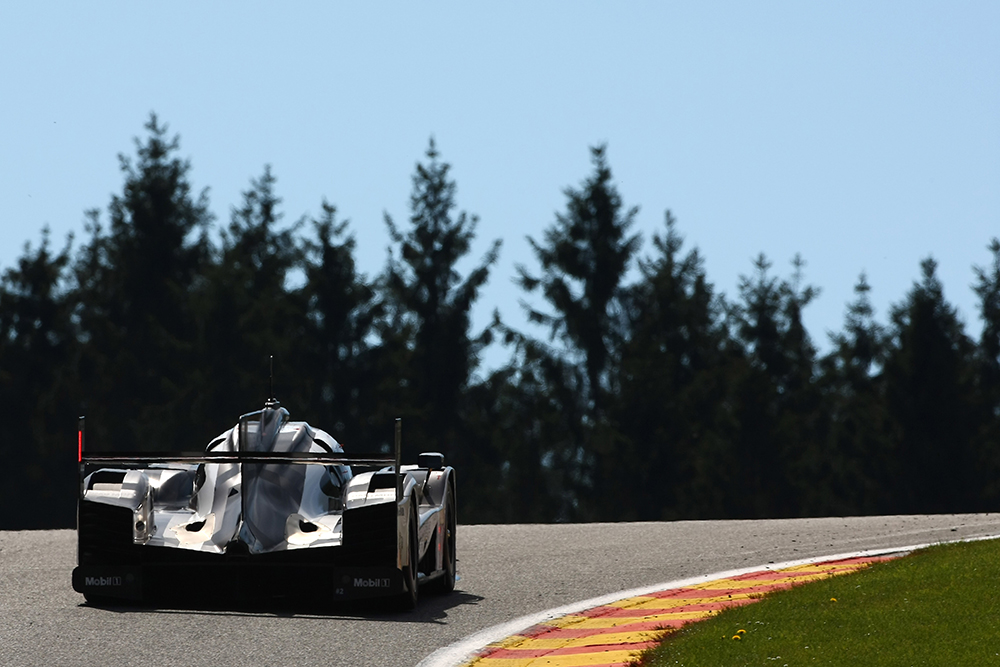 Unsurprisingly, having vowed never to return to sports cars following his airborne accident in the GT1 era of the mid-late ‘90s, Le Mans doesn’t have the draw for him as it does for others. And unlike many he’s happy to openly admit it.

“It was challenging going back, it’s a race that clearly has mixed emotions for me. It’s not one that I go to bed thinking about, to be honest. It’s just another race in the season. It’s a long week there, the French like dragging that out, so in a way I really enjoy the shorter ones.

“It’s not the intensity of them, Le Mans is intense – it’s four six-hour races. You can’t pace Le Mans but you can get back into it, unlike the six hours. But even at Le Mans you still have to have it smooth all the way.”

When things do go smoothly, Webber believes Porsche is still the team to beat – on the track, in the pits and on the pitwall. That’s even with Audi’s recent resurgence, matching and now surpassing the Porsche on one-lap pace but suffering even more bad luck than Webber and co.

An Audi that’s quick is formidable, for they rarely drop the ball in the pits and on strategy. But Webber can back up his belief that he and Porsche are the world leaders – the #1 car has won three on the bounce at the Nurburgring, Mexico and COTA going into Fuji this weekend.

“We’re absolutely the benchmark. Absolutely,” he says unhesitatingly, leaning forwards with intensity. “Generally mate, it’s not an arrogance thing – we know we can do some really good things. They’re [Audi] closer to us now, some would argue they’re a little bit ahead, but it’s a huge team sport. You have to be good in everything; we know we have got areas where we can keep the pressure on them. We’ve proved that in the last few races, we’ve led a lot of laps. We’ve been a very strong team and the pit-stops have been perfect, we’re proud of this [three-race winning] part of the season.

“You’re going to have some errors fall through the net because it’s that kind of racing. It’s long, there’s fatigue, weather; there are scenarios that can build up and cause errors, but if you look at this year in particular our team is why we’re leading the team’s championship.” 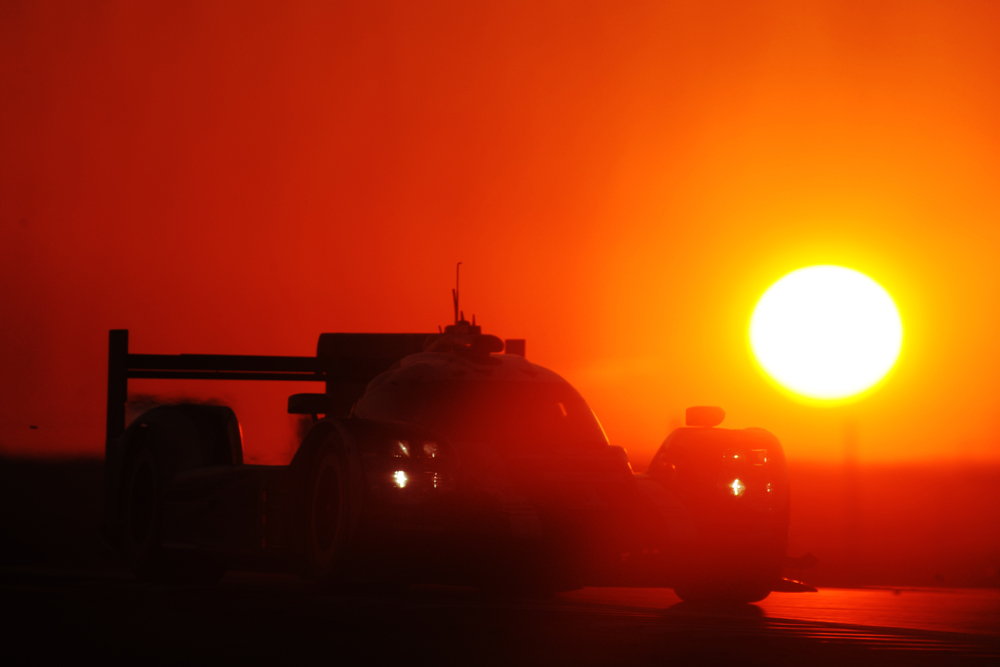 If the #1 has had a rough time of it when it comes to luck, the championship-leading #2 has enjoyed the opposite. The most high-profile ‘bit of luck’ for the Porsche came at Le Mans, when the leading Toyota stopped just a handful of miles from victory, handing the win and those double points to the #2 car.

Perfectly timed full-course yellows in other races have promoted the #2 from podium contention to race-winning positions, too. They have allowed them to take a free pit-stop as everyone else trundles frustratingly around on the limiter.

“Car #2 has been the world champion of full-course yellows all year, we had our first really nice one in Austin, but we haven’t had many. Audi has a tough run of them though.”

Despite them working in Porsche’s favour Webber has been vocal about the FCY’s pitfalls. He may have the beginnings of a solution, too, but admits it’s not perfect. Those days in the Grand Prix Drivers Association have served him well.

“All we can do is have a box penalty: you’re there and you have to serve a longer time before the guys can service the car. For people at home to understand how a car can jump from fourth to the lead is not nice, we accept that. You have to walk a mile in everyone’s shoes, whether you’re a driver or a fan, a journalist – you have to ask was that really fair? It can be a race-winner. It’s Americanised, they love those random moments. All you can do is leave it as it and add a time penalty, but how do you scale that penalty? Relative to the full course yellow, how long’s left? It’s horrible and tricky to find a solution.” 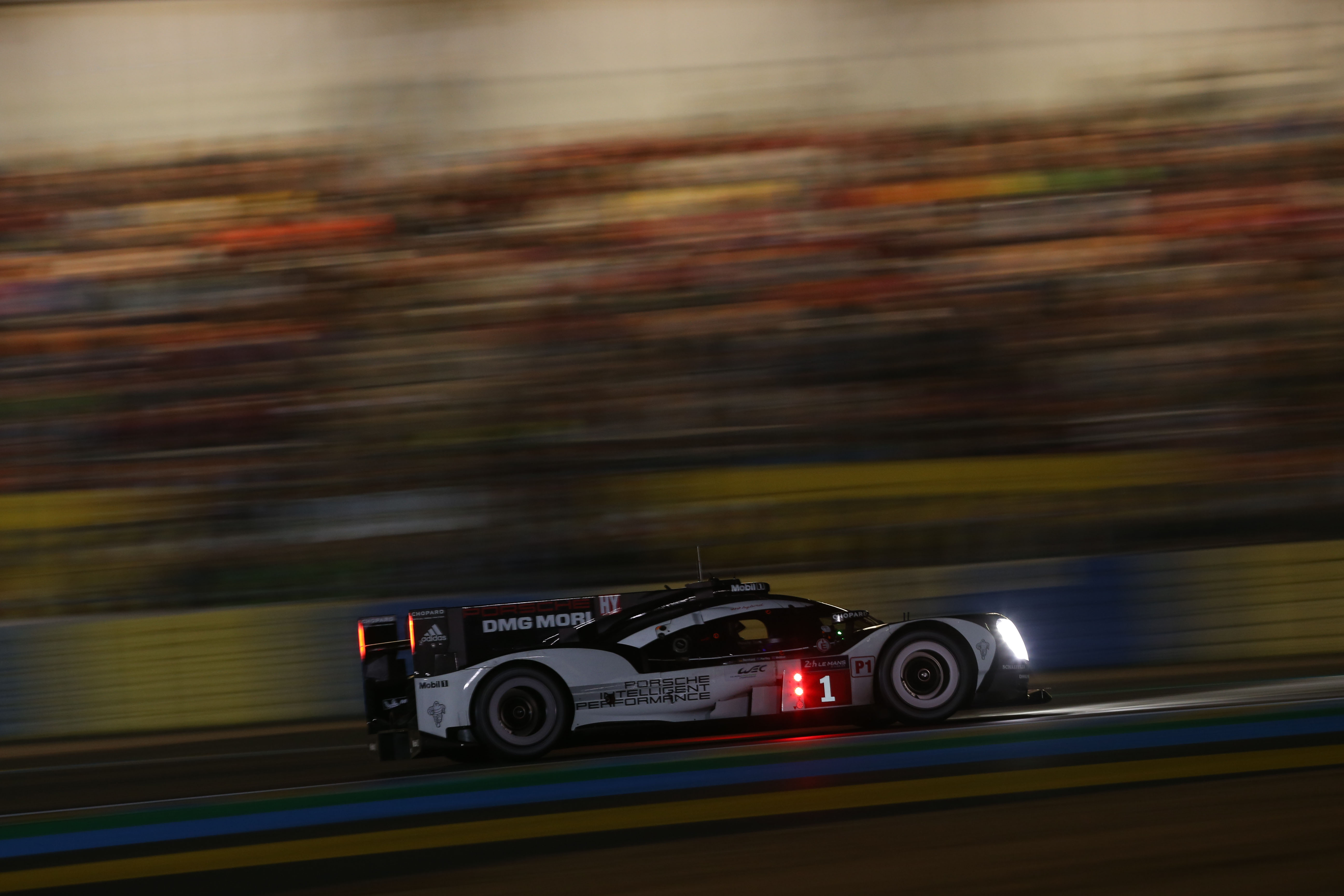 With Webber now in his 40s, Bernhard aged 35, and the sister car squad averaging 35, Hartley is Porsche’s only ‘young pup’ in the top class. Question marks have naturally been raised in terms of seats becoming available.

That’s further fuelled talk of Webber’s fellow F1 veterans swapping their open-wheel hybrid for a closed-top one – talk that never seems to go away. Ironically, two drivers he knows well are the most open about having Le Mans ambitions: Jenson Button and Fernando Alonso.

“They’d fare very well,” Webber says. “Obviously there’s an element of adjustment, traffic is a big thing. I wasn’t slow in the first year, but the car was tricky, from my F1 background it was hard to adapt – those days are over, thank God. If you look at the top LMP1 guys they’re very quick in their sports cars but if you took the top 10 in F1 I think they would still just tip the balance.”

It seems Webber is in no doubt about staying on, and not happy to give up his seat for a mate: “Next year is looking pretty good for us. I’m enjoying it, and Brendon, Timo and I are on are a good pace.”

Not definitively confirming that fourth year, so a further push brings a “yeah, yeah, I’ll be here” with a wry grin.

So while the title isn’t going to his Porsche in 2016, there’s always next year, it seems.