Toyota’s dominance will be challenged during the 2019/20 WEC season, which starts this weekend, with increasing penalties for the most successful cars 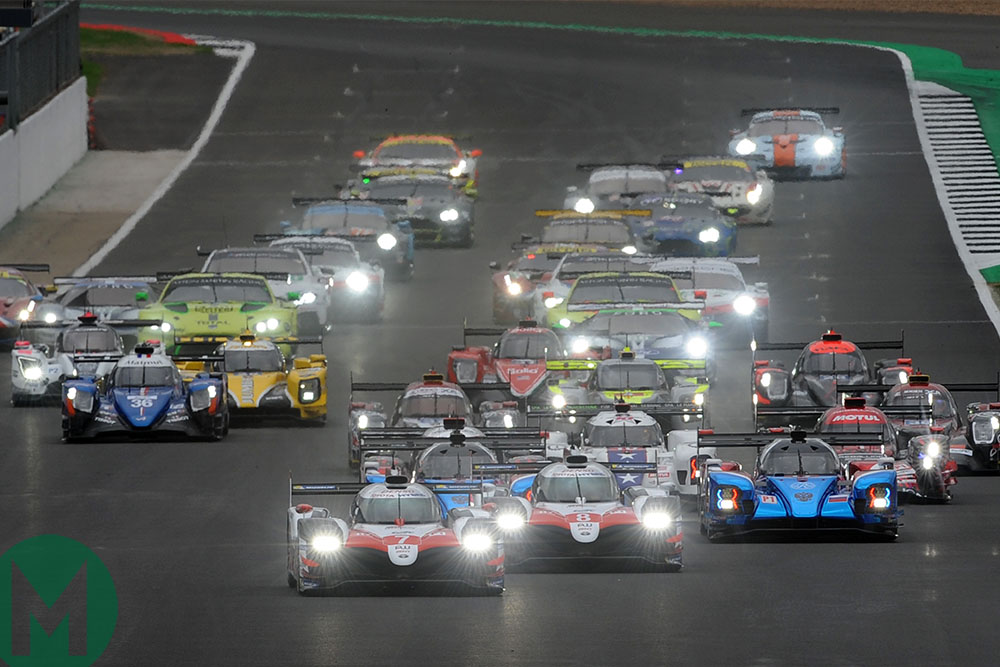 Fernando Alonso was the get-out-of-jail-free card for the World Endurance Championship over the course of its elongated 2018/19 superseason. The Spanish superstar, still incumbent in Formula 1 when he began his successful campaign, kept the series in the limelight after Toyota was left as the only manufacturer standing in LMP1. He’s departed as a three-time world champion, but the WEC will have something even better when the new season kicks off at Silverstone this weekend.

It’s called proper racing and it will involve more than one of the admittedly dwindling number of teams competing in the top class. That’s different to last season, when the battle at the sharp end was largely an internecine affair between the pair of Toyotas. The two TS050 HYBRID crews divvied up the honours between them, the double exclusion at Silverstone last August excepted, over a course of a campaign in which the privateers barely got a look-in.

Things are going to be different this time as the WEC begins its first season running to a ‘winter series’ format. They have to be: have to be in the sense that the championship would struggle to survive another year of Toyota domination; and have to be as a result of a series of rule changes that have pegged back the TS050s and will do so again through the season.

The rule makers, WEC promoter the Automobile Club de l’Ouest and the FIA, largely failed in their attempts to get the independents running non-hybrid machinery on a par with the Toyotas over the eight races of the superseason.  The Japanese manufacturer acquiesced to a series of rule changes under the so-called Equivalence of Technology in those unsuccessful efforts, most significantly a 26kg increase in minimum weight for its cars ahead of the Fuji round last October.

The Toyotas took another hit in the short off-season between the Le Mans 24 Hours 2018/19 season finale in June and the official pre-season WEC test in Barcelona at the end of July. The weight went up by another 14kg — the equivalent of four tenths of a second a lap at around a track like Silverstone — and at the same time further changes reduced its advantage in the pits. As a result of analysis of the results of the Barcelona test, the weight has now risen another 14kg in a move announced this week, meaning that the Toyotas will be 54kg heavier than at the start of the superseason.

And should the Toyotas keep on winning they will be penalised yet further. The WEC is introducing a system of success handicaps, a different take on the success ballast idea. Rather than just adding and subtracting weight according to results, the performance of the cars will be tweaked by the addition of ballast, changes to the amount of fuel they are allowed and, for the Toyota hybrids, the level of retrieved energy they can deploy. 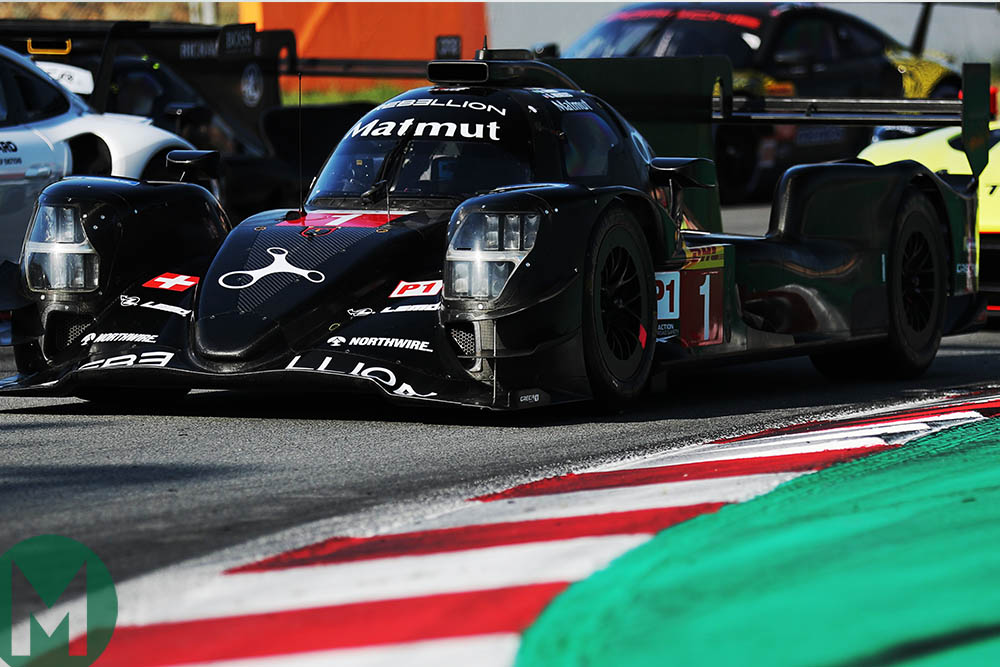 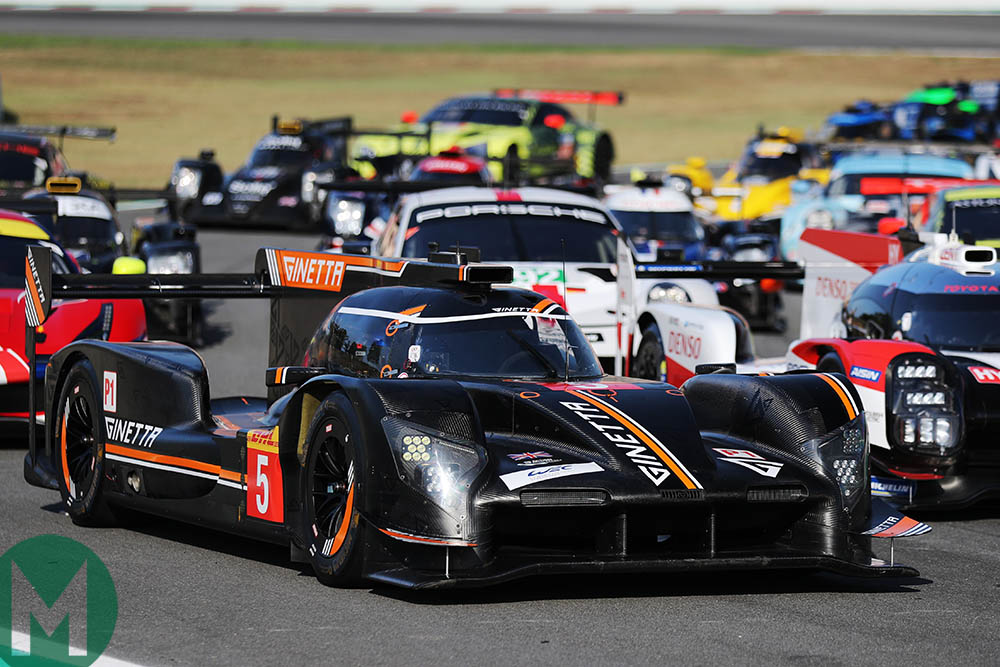 The calculations will be based not on finishing position, but on points scored in the championship, or rather the number of points by which each car leads the last-placed LMP1 entry in the classification. The idea, says Toyota Motorsport GmbH technical director Pascal Vasselon, will “keep the field close together” as the penalties mount up on the cars scoring the most points.

It has been devised to have a concertina effect on the P1 pack. If the TS050s finish one-two after four hours of racing at Silverstone on Sunday, the Rebellion and Ginetta teams taking on Toyota this season should be a little closer on performance heading to round two at Fuji in October. And closer still for round three at Shanghai in November should a Toyota crew still lead the championship.

The principles of these success handicaps have been agreed by the teams, but not it seems the fine detail. An announcement about a system, that will not be in force for Le Mans next June, should come some time over the Silverstone weekend.

What we also don’t know is how far the handicaps will go. Vasselon has suggested that there might need for some kind of cap when the points differential between first and last in the championship gets to say 50 points. “You cannot make the cars three seconds slower,” he says.

Vasselon is certain that the privateers will win races in 2019/20 whatever the advantage Toyota may or may not enjoy this weekend. He claimed that Rebellion and Ginetta were “in the window to win races” based on their respective performances at Barcelona. Another hit on weight for the Toyotas and the success handicaps means they “will win races for sure”.

A close battle at the front is the tonic the WEC needs in the last season for LMP1 before the arrival of the hypercars in 2020/21. Multiple winners and proper racing will help maintain interest in the series in a way that another superstar signing could never do.