Toyota’s table-topping performance at the WEC Prologue on April 7 does little to paint a comprehensible picture… so what can we learn from the opening test? 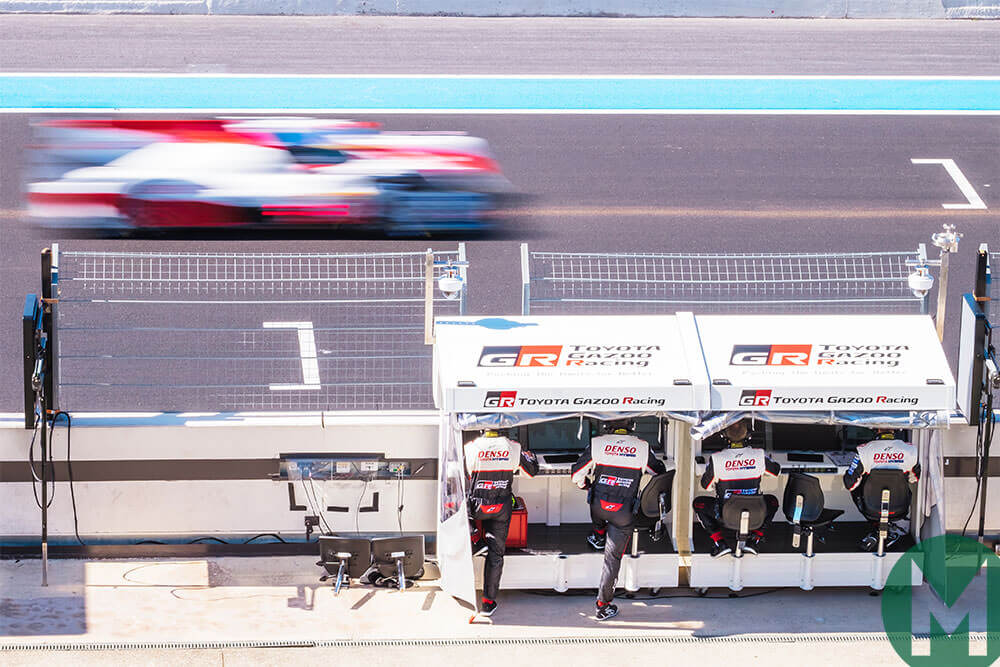 There was only so much to be learned from last weekend’s World Endurance Championship ‘Prologue’ test at Circuit Paul Ricard. The fastest times were set by a car running outside the regulations with new LMP1s being bolted together during the opening hours, and balance of performance already set for the GTE cars.

But behind the times there is still intrigue. Push Toyota to one side and you have every one of the new LMP1 cars closely matched: well-prepared privateer LMP1 SMP Racing led the way from Rebellion’s star-studded line-up by just one-hundredth of a second. And Paul Ricard is no Brands Hatch Indy – this is over a 100-second, 5.8km lap.

Rebellion also revealed a new partnership with TVR, itself hoping to unveil a one-make series for its Gordon Murray-design Griffith and a hope to return to Le Mans on its own – more on that later this week.

At the very top of the timesheet, Toyota’s headline time was set outside the regulations so it could stress-test key components as it attempts to finally conquer Le Mans. Still, a 1min 32sec lap is eye-opening. Mechanical failure looks like it could be Toyota’s biggest opponent this year, and to that end the team was focusing on solving technical issues, running through various scenarios. The team is prepared for anything, it seems.

Up and down the LMP1 pitlane there was a resignation at Toyota’s pace. “Spending all those extra millions will bring you those four seconds,” said long-time ByKolles driver Oliver Webb. His was a point echoed almost to the word by Manor’s John Booth.

Webb was positive, though, and the Nissan-powered ByKolles car ran consistently without much drama to log more than 300 laps.

Manor, having recruited Alex Brundle, Dean Stoneman and Leo Roussel to join Oliver Rowland and Charlie Robertson, can be expected to finalise its line-up this week. According to Booth – echoing Manor boss Graeme Lowdon’s point that single-seater drivers are expanding their scope – there are “F1 connections” in the mix.

Stoneman, having signed the full-season deal late on, was obviously impressed by the Ginetta; his eyes were lighting up when talking about the car’s downforce in particular. And Booth admitted the car had hit its mileage target and was pleased, but remained coy on performance targets.

DragonSpeed’s BR1 was beset with issues, ending the test with mechanical problems that brought out the red flags after 29 hours and 58 minutes of red-flag free running…

GTE seems to be suiting Porsche best, but BoP was rarely far from any conversation – not least at Ferrari. James Calado was particularly downbeat about his team’s chances: “I don’t normally like to comment on BoP,” he said, “but this is the worst it’s ever been.” Such is the 488’s handicap that he feels he now has to make his point.

“We can’t overtake the Am cars, the Porsche Ams are quicker than us here. Even if we gave everything here in quali mode we’d still be nowhere near.

“We’ve put in a lot of effort this year to improve the performance of the car, but at the moment we’re nowhere near the podium purely down to BoP. It’s got to be fair, last year we were killed on straight-line speed, for Le Mans you need that. We didn’t stand a chance.”

The Fords seemed confident, with Harry Tincknell explaining that this is his and Andy Priaulx’s best chance to win Le Mans.

Aston and BMW’s first meeting with their new European rivals left them playing their cards close to their chest. Aston’s team of six drivers were giving little away, hitting target lap times – but this behaviour is emblematic of the political world of GT racing. BoP is set now until Fuji, and Le Mans’ BoP is separately decided, so teams can simply run their programmes and try not to give too much away.

It’s at Spa, in a month’s time, when we’ll see the true picture.