While the new era of prototype regulations should lift sports cars out of its current trough, it could also help Aston Martin spread its wings 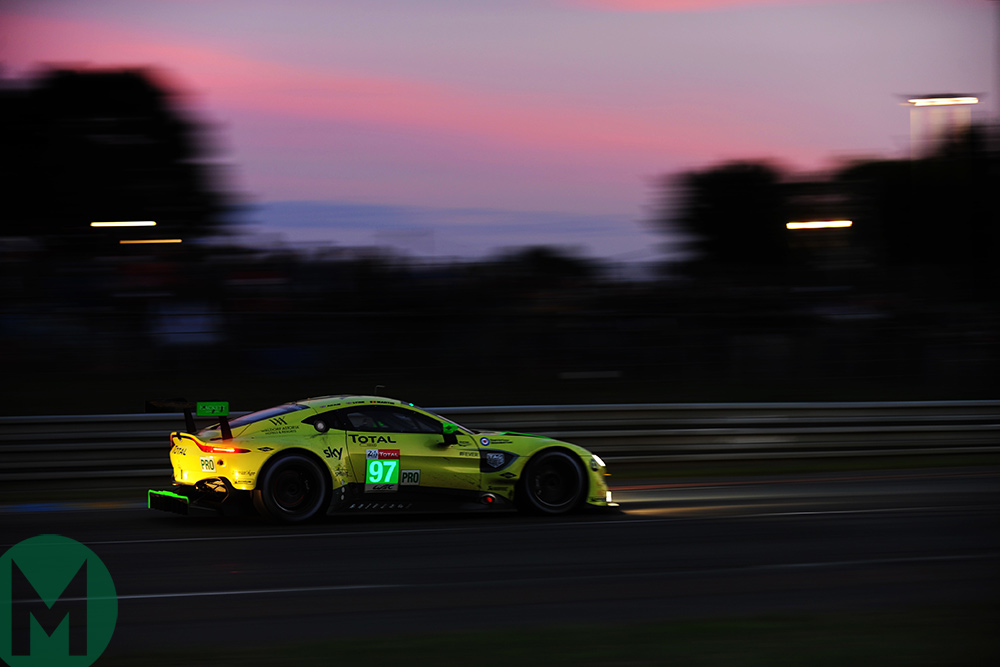 For many years we have been blessed with superb races at Le Mans.

Doubtless when we look back at the early days of the hybrid era it will be known as one of the greats, and rightly so: there was a time when there were three works teams at the top level, fielding cars with four, six and eight-cylinder engines, normally aspirated, turbocharged, rear-wheel-drive, four-wheel-drive, petrol and diesel engines, and hybrid power units storing power in batteries, super-capacitors and flywheels, yet all circulating a very long track within a few tenths of each other.

Le Mans 2018 made all that seem a long time ago. It was not a great Le Mans nor even a particularly good one. I won’t crow about having predicted the Toyota 1-2 because when it comes to such prophecies I’m usually wrong, and it now seems even more obvious that Toyota would run unchallenged to the flag.

But it was never a boring Le Mans. Many will carp, quite understandably, at the lack of competition at the top end but for those who were there and who bothered to go and seek out a fast corner, the spectacle of the prototypes even on their own (let alone negotiating their way around the far slower GT cars) was never less than mesmeric. And to see cars being driven that hard by drivers who must have been on the point of clinical exhaustion after so many hours pounding around was unforgettable. However dull it may have seemed on the telly, witnessed first-hand it was, as it always is, an astonishing spectacle.

Yet there were still mutterings about what exactly it was that we were watching. Not right up at the front – where Toyota was always going to win bar almost unimaginable bad luck – but back in the GT category.

Was this a straight up and down fight, with the Balance of Performance doing its best to even things up, or was it the case as some had surmised, that this was always going to be Porsche’s year…

Even since 2016 when Ford’s then-new GT won the GTE Pro class having shown a turn of speed that could not have been easily predicted in the season up to that point, people have cast aspersions. At the time they wondered if it was entirely coincidental that Ford had the quickest car on its return to Le Mans, 50 years to the weekend after its first outright victory there? And once more questions were asked about Porsche’s position at the head of the GT field in its 70th year. Was this a straight up and down fight, with the Balance of Performance doing its best to even things up, or was it the case as some had surmised, that this was always going to be Porsche’s year in the same way that 2015 was always going to belong to Ford? Based with the Aston Martin Racing team as I was, conspiracy theorists were not hard to find.

And understandably so. Aston Martin had a torrid weekend, the post-qualification tweak to its BoP doing no more than elevate the cars to being merely off the pace rather than hopelessly so. It was to the team’s enormous credit that both cars finished, one having had a trouble-free run despite having had to be built from scratch in the days before the race after an enormous accident destroyed the chassis that should have been raced, but it still finished five laps behind the equally untroubled winning Porsche. That’s over 40 miles…

For me I think there was one reason alone that the Porsche was so fast, namely having dropped its LMP1 entry, the team was able to pile massive resources into the GTE Pro RSR with results that speak for themselves. As for the Aston Martin at the other end of the field, did Prodrive underestimate the task and simply build an uncompetitive car or was it ruled out of contention by BoP issues after winning the category last year? Down at Aston Martin there were plenty in one camp or the other, but probably a greater number in both camps.

I don’t know any better than you: I spoke to Darren Turner and Jonny Adam – neither of whom are PR machines – and both said the car was a delight to drive, Turner saying he’d never driven a GT that was so good over Le Mans’ many kerbs; it was just slow in a straight line. If that was through a lack of power, that points to an issue with the BoP, but if through excessive drag it would more likely implicate the design of the car.

But the fact is that even the impression, whether true or not, that BoP is being used for purposes other than to level the playing field is incredibly dangerous, for it provides the perception of a sport turned into a pantomime. I believe and always have believed that the BoP is a necessary evil, but it has to be applied correctly.

The more interesting gossip down at Aston Martin, however, concerned the new ‘hypercar’ regulations due for the 2020-2021 season. There was a contrast of views here too, though the naysayers did so purely on practical grounds because there’s so little time to get cars designed, built and homologated. But the idea of racing cars no slower than those of today, raced on one-quarter of the budget, but relatable to machines found in showrooms found no detractors, at least among those to whom I spoke. No one was exactly lamenting the demotion of hybrid systems to something between a supporting role and a walk-on part either, which I found interesting.

‘Son of Valkyrie’ was a phrase I heard more than once over the weekend as a candidate for Le Mans.


But the question without an answer at present is who would run such a car was Aston Martin to commit to racing in the top class for the first time since its calamitous AMR-One escapade in 2011. Prodrive has run Aston Martin’s major racing programmes for 14 years now, but the arguably the most famous car flying the wings at the moment is the Aston Martin Red Bull Racing RB14. Aston and Red Bull also have their Adrian Newey-designed Valkyrie hypercar in joint development and while I don’t believe the Valkyrie could provide the basis for a Le Mans car, the two companies are committed to working together on other such projects and Aston Martin is on the record about producing a mid-engined road car that could be sold to more than just the favoured very few. ‘Son of Valkyrie’ was a phrase I heard more than once over the weekend as a candidate for Le Mans.

Interesting times lie ahead and I am extremely hopeful about the potential of new regulations that seem to me to be incredibly exciting yet entirely sensible. As ever, the devil will be in the detail, but if sports car racing is seen to be in something of a trough right now after the departure of the factory Porsche and Audi prototype teams, at least the crest of the next wave is now firmly in sight. 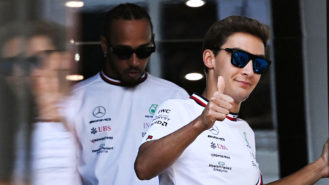