Fifty years ago this March, the one-and-done Questor Grand Prix tried to answer one of racing’s eternal questions: Which is faster – small and sophisticated or crude and brawny?

The rules of engagement pitted Formula 1 thoroughbreds against Formula 5000 mongrels packing stock-block pushrod motors. The venue appeared to be ideal – the spiffy new Ontario Motor Speedway, where a slice of the Indy-style oval had been incorporated into a featureless road course carved out of the infield.

The FIA refused to sanction the event, which had the whiff of a sideshow and which drew a bunch of celebrities from nearby Hollywood. But with roughly $275,000 in prize money – nearly $2 million in 2021 dollars – on offer, the organizers had no trouble attracting F1 teams that were accustomed to competing for relative peanuts in non-championship races at destinations as far-flung as Argentina and Germany.

Alas, the turnout of Formula 5000 cars – also known as Formula A in the States – was meagre. The SCCA L&M Continental 5000 Championship hadn’t kicked off its season yet, and eventual series champion, David Hobbs, filed his entry too late to compete at Ontario. Proven road racers such as Sam Posey, George Follmer and Peter Revson were stuck in pickup rides. Ditto for Indy 500 winners A.J. Foyt and Al and Bobby Unser. Meanwhile, Gus Hutchison was driving an off-brand car that had never even turned a wheel before he climbed into the cockpit. 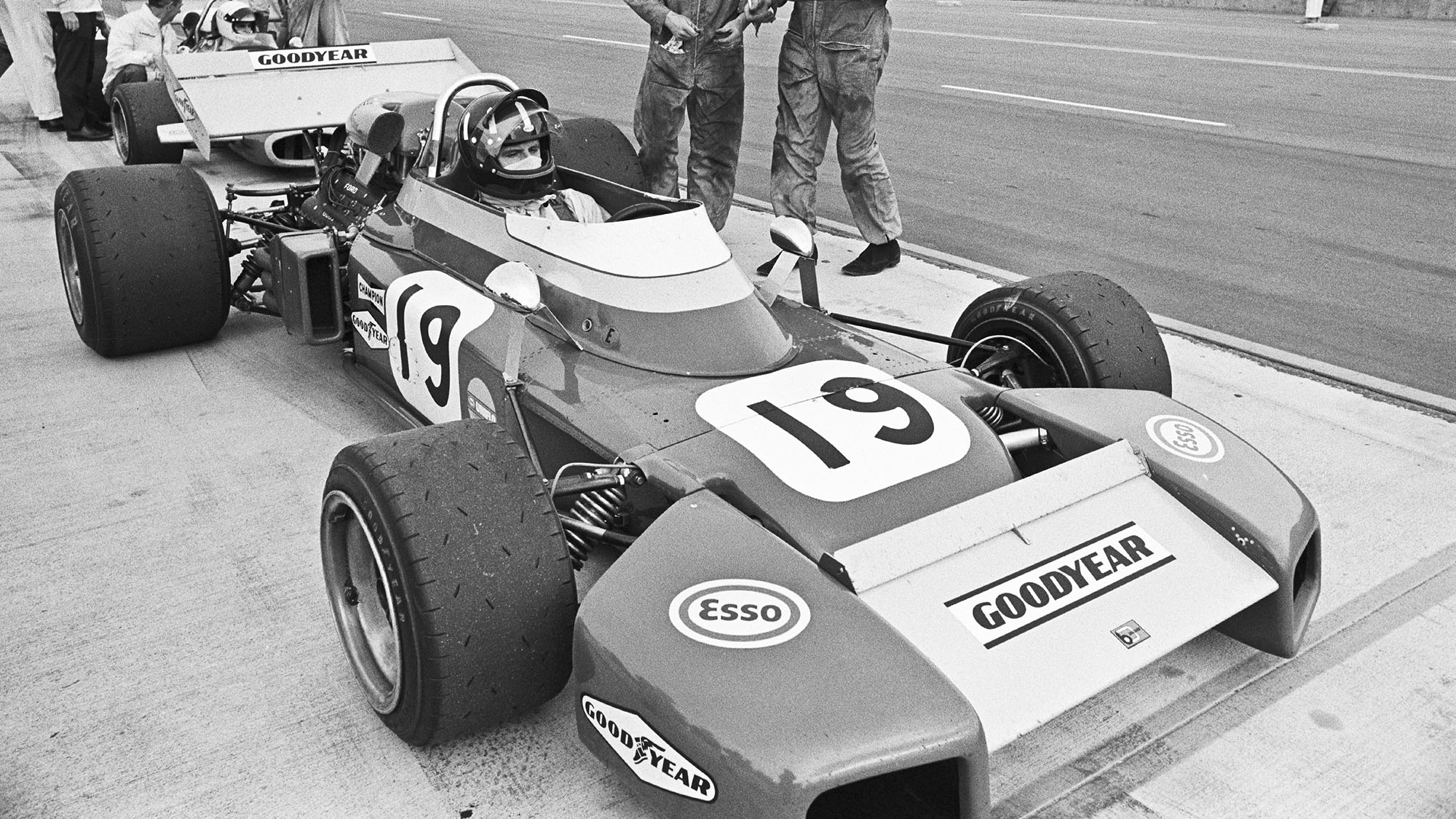 The only American car that seemed likely to rain on the F1 parade was an immaculate, Sunoco-blue Lola T192, powered by a Traco-built Chevy, owned by Roger Penske and driven by Mark Donohue. Even though he had to leave the track early to fly to Phoenix for an Indy car race, Donohue still qualified seventh and came away unimpressed by the competition.

As he later wrote in The Unfair Advantage, “I decided that the greatest difference between Formula A and Formula 1 was that their motors had three liters and cost $20,000, while ours had five liters and cost $5,000.”

“I loved that Ferrari 312 at Ontario especially” Mario Andretti

The other crowd favorite was Mario Andretti, driving a works Ferrari 312B. Like Donohue, Andretti was also racing at Phoenix, and he qualified even worse, starting 12th after being nudged into a guardrail. But Andretti was coming off a win – the first of his F1 career – at Kyalami in the South African Grand Prix, and he was confident going into race day.

“I loved that 312,” he says. “At Ontario, especially, I was really, really happy in the slow corners because the car would rotate nicely, so I could come off really tight and then slipstream and overtake.” 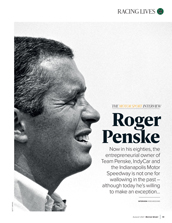 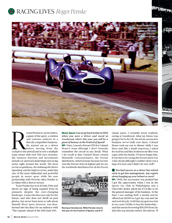 Roger Penske is, quite simply, a giant of the sport, a restless and extreme achiever in a fiercely competitive business. He started out as a driver before moving from the…

The race was run in two 100-mile heats, with final positions awarded on aggregate time. Jackie Stewart dominated the first half of the first heat in the Tyrrell 001 that would take him to that year’s World Driving Championship. Donohue gradually worked his way up to third, with Andretti stalking him. “The Formula 5000 cars were really quick in a straight line,” Andretti re-calls, “so it was tough to get around him.”

Further down in the field, Hutchison overcame overheating issues and an incorrectly sized brake master cylinder to dice with a visibly annoyed Graham Hill in a lobster-claw Brabham BT34. “He would out-brake me, and I would pass him on the next straight,” says Hutchison, who remembers Hill repeatedly “saluting” him with a clenched fist. “The engine man had limited me to 6500 rpm unless I had a chance to compare the top end to that of Andretti. That chance came when Andretti passed me coming onto the pit straight – whereupon I passed him back while shifting at 7800 rpm. I will never forget the look on his face.”

After overtaking Donohue, Andretti passed Chris Amon in the shrieking Matra MS120B, then ran down and streaked by Stewart to win by three seconds. Donohue fell to ninth after a fuel-delivery hiccup denied him a podium. 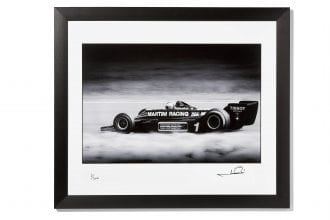 The second heat was much the same as the first. Stewart led early until Andretti swept past in the ultra-high-speed right-hander at the end of the front straight. “I was ten-tenths throughout,” Andretti recalls. “Even once I got the lead, I never slowed down.”

Andretti handily beat Stewart by 12 seconds and won convincingly overall against stellar competition, announcing himself as a future World Champion. Donohue again suffered fuel-delivery woes while running third. Hutchison finished 18th on aggregate despite having to pit every six laps for water – “not bad, despite the design flaws,” he says.

The race drew 55,000 fans, which sounds impressive until you realize that 50,000 spectators had shown up the previous month to watch Evel Knievel jump a motorcycle over 19 cars. The Questor Grand Prix was never held again, and Ontario Motor Speedway was demolished 10 years later.

If nothing else, the race proved that Formula 5000 cars were no match for their Formula 1 counterparts. Or did it? “The way the car was going, we might even have won the second heat,” Donohue wrote later. “If I had won with a Chevrolet, we might have saved the concept.”

As it happened, F5000 flourished through the mid-1970s, when its fastest proponent happened to be none other than – wait for it – Mario Andretti. In fact, he rated his Lola T332 more highly than the contemporary Parnelli VPJ4 he raced in Formula 1. 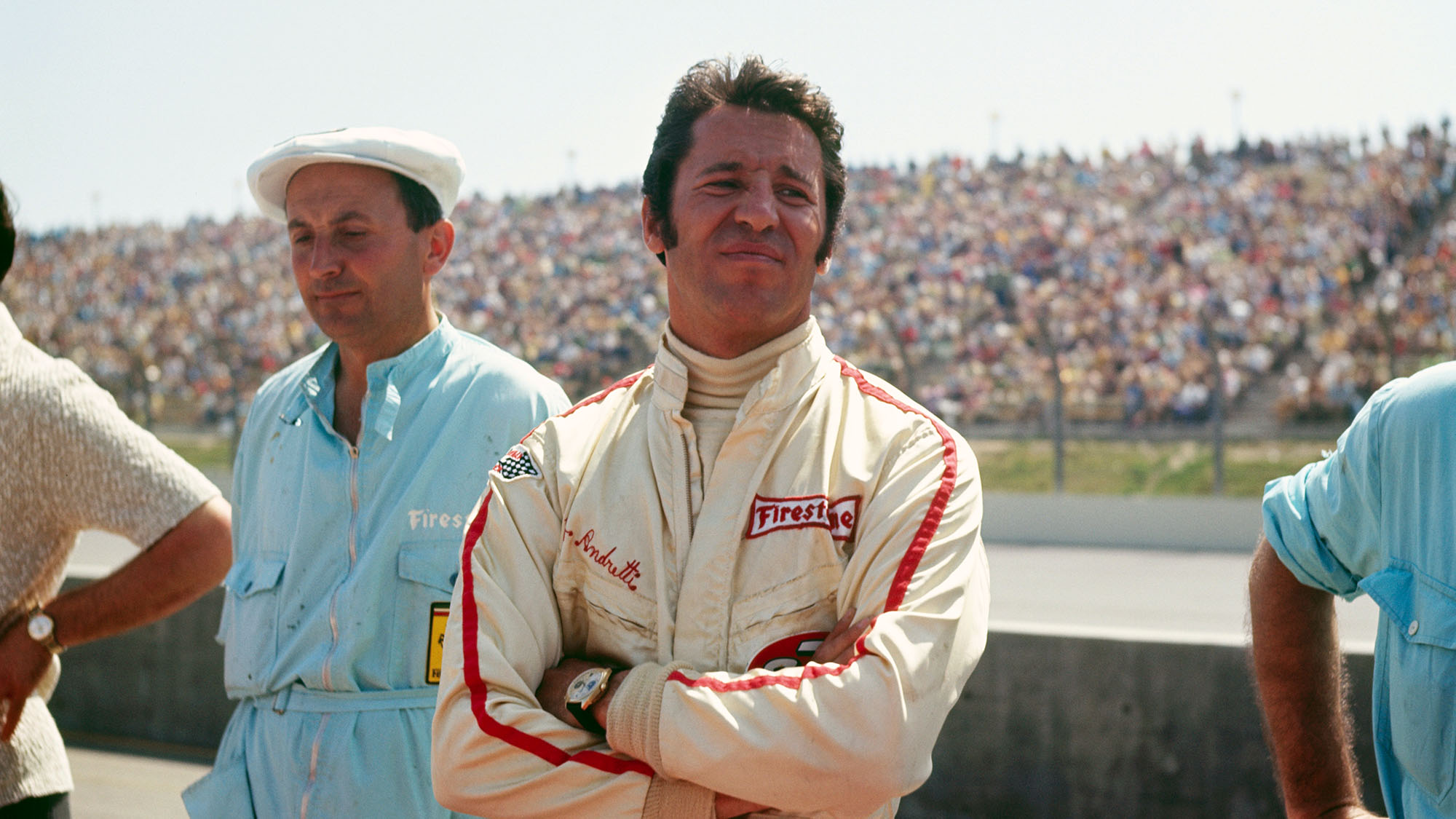 “I tested the Formula 1 car at Riverside before the 1975 season, and I couldn’t match the Formula 5000 times. God, I was so disillusioned!” Andretti laughs. “That Lola really suited me. Eric Broadley was a magician when it came to suspension geometry, and I understood what the car needed to hit the sweet spot. I don’t think anybody could beat me in that Formula 5000 car.”

In subsequent races, Formula 5000 cars proved to be nearly as quick as F1 machines at Mosport, Watkins Glen and Long Beach. But when it mattered, during the Questor Grand Prix, nothing – and nobody – could keep up with Andretti and his Ferrari 312B.