Skip Barber, who’d owned the bucolic circuit for nearly four decades, was 84 years old. Last year, he’d lost a court battle to overturn the longstanding injunction against racing on Sunday – a prohibition that limits the track’s appeal as a venue for professional racing. At the same time, the land on which it sits in an idyllic corner of New England is exponentially more valuable now than it was when the racecourse was built in 1957.

So race fans were gratified and relieved this past spring when the track was sold to an ownership group with deep ties to racing in general and Lime Rock in particular. “It is so special, it has so much history and it is so revered,” says freshly installed CEO Dicky Riegel, who has logged countless laps on the bumpy asphalt. “We have zero plans to turn it into a golf course or a housing development. Lime Rock Park will always be a racetrack.” 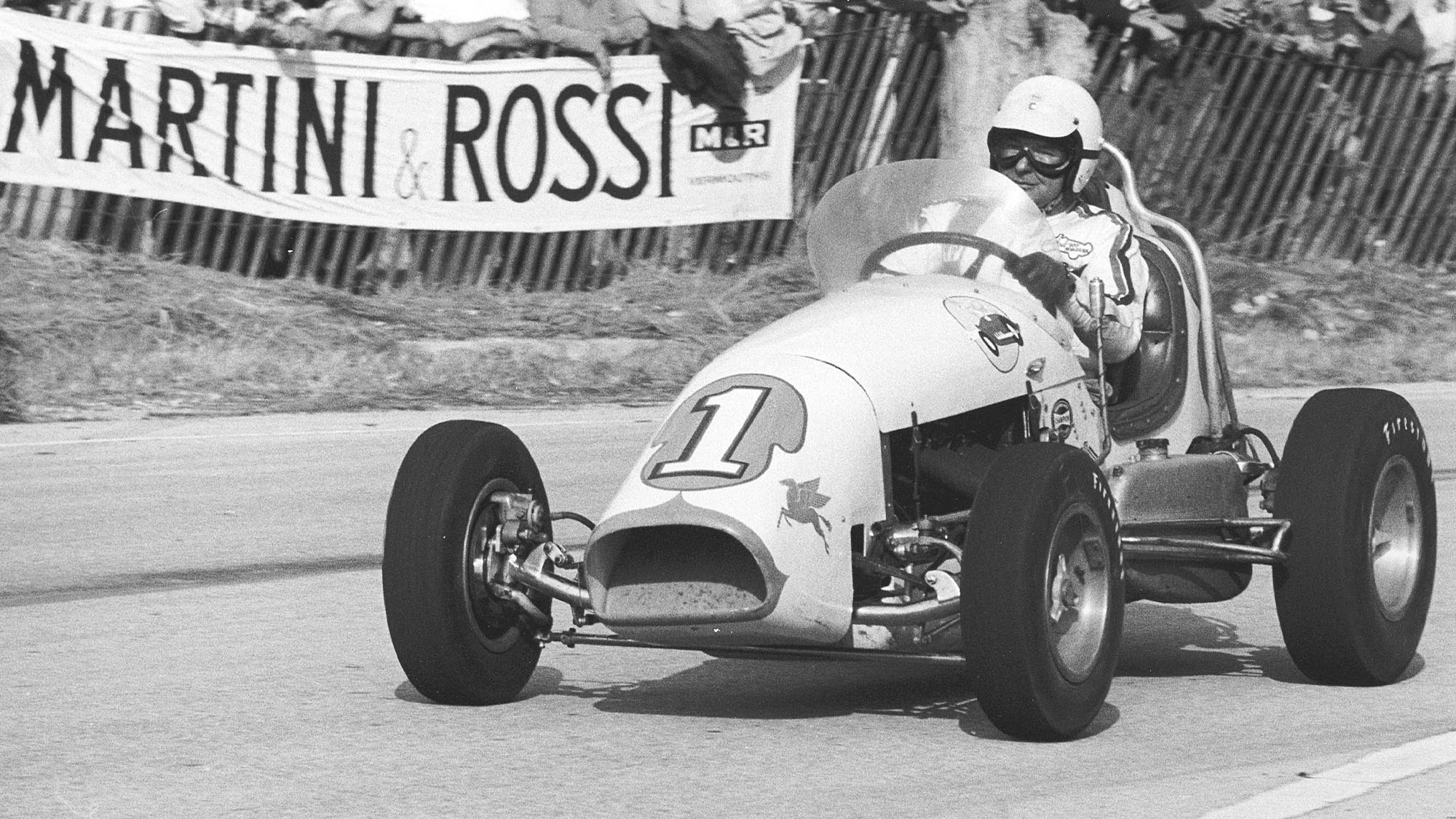 Lime Rock was the dream of farmer Jim Vaill, who created it by running a bulldozer through an old gravel pit and mighty oak trees on his property. The circuit was designed by John Fitch, an engineer who’d been the lead driver for Briggs Cunningham’s team and who later raced a factory Mercedes-Benz 300 SLR. The track opened in 1957, with 6,600 fans watching Walt Hansgen win the feature race in a Cunningham D-type Jaguar ahead of Bruce Kessler in a Ferrari 250 Testa Rossa.

The circuit is short – a mere 1.5 miles – and seemingly straightforward. There’s only one left turn, known fittingly as the ‘Left-Hander’, and at first glance, the racecourse seems to have more in common with a country lane meandering through the foothills of the Berkshire Mountains than an extravagant Hermann Tilke-designed motorsports complex. But first impressions are notoriously misleading.

“It’s as challenging as any racetrack in the United States,” says longtime driver/team owner Rob Dyson, who lives 35 minutes from Lime Rock. “It’s also far faster than people believe. When we raced the GTP cars in the 1980s, it was second only to Watkins Glen – faster than Road America, faster than Daytona, faster than Road Atlanta. But besides being fast, it’s also tight and requires a lot of precision.”

As a young club racer, Dyson learned his craft in a Datsun 510 during test days at Lime Rock. “On Tuesday afternoons, it was 25 bucks if you started after 1 o’clock,” he recalls. “If you started after 3 o’clock, it was only 15 bucks.” It’s no coincidence that Dyson Racing scored its first big-time win at Lime Rock Park, in 1985, with Drake Olson driving a Porsche 962 that Dyson owns to this day.

Probably the most famous race in track history – and certainly its weirdest – was the Formula Libre mashup staged in 1959. The favorites included an ex-Fangio Maserati 250F driven by Chuck Daigh, George Constantine in an Aston Martin DBR2, a Maserati 300S for Pedro Rodriguez, and Dick Thompson, the racing dentist, in Bill Mitchell’s one-off Stingray. But the unlikely class of the field turned out to be reigning Indy 500 champ Rodger Ward in a Kurtis-Kraft circle-track midget equipped with drum brakes and a single-speed gearbox.

Ward stunned the sporty-car set by qualifying on the pole, then finished second in the first heat and won the second. In the 60-lap main event, Ward dirt-tracked around the outside of Constantine and Daigh in one fell swoop, survived an off-course excursion and won going away. The victory inspired Ward to enter another midget in the inaugural U.S. Grand Prix at Sebring at the end of the year. But there, alas, he qualified a painful 43.8 seconds behind Stirling Moss’s Formula 1 Cooper-Climax, which closed the book on the Kurtis-Kraft road-racing adventure.

From a professional racing perspective, Lime Rock’s glory years coincided with the heyday of the GTP era. There was a traditional Memorial Day weekend event, with qualifying on Saturday and races on Monday. The lap speed inched up to nearly 123 miles per hour (Martin Brundle in a Jaguar XJR-9) until disaster struck in 1988, when John Morton’s Nissan flew up and over a rise in the back straight, landing on its roof and bursting into flames. 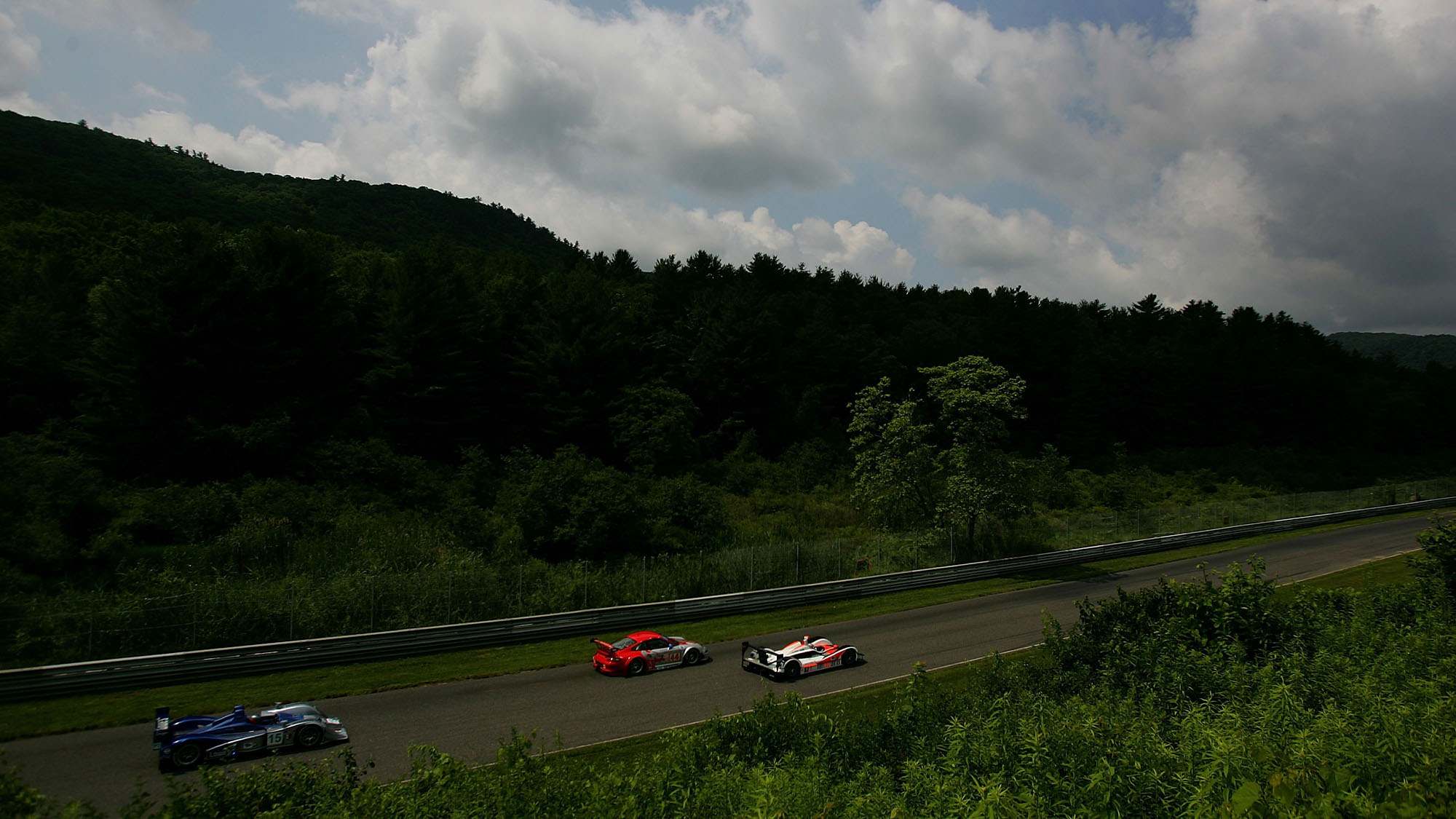 Lime Rock Park represents a “drive through a country lane”, in contrast to some of the more modern ‘Tilke-dromes’

The rollbar was ground away. So was much of Morton’s helmet, which was ripped off his head and thrown out of the cockpit. Drivers passing the scene – a car on fire, with a helmet in the middle of the track – naturally feared the worst. Amazingly, Morton attended the race on Monday – though strictly as a spectator – and watched teammate Geoff Brabham win in a sister car.

The following year, a chicane was inserted to prevent any more blowovers. But the immense power and ungodly downforce of the GTP cars was such that speeds continued to climb.

In 1993, PJ Jones set the ultimate lap record at 128.595 miles per hour in a Toyota Eagle Mk III – the car that essentially put the GTP series out of business.

These days, the Memorial Day weekend is dedicated to Trans-Am. And wouldn’t you know it: Rob Dyson’s son, Chris, won this year’s edition of the race in the rain on his home track after sailing around the outside of the pole-sitter on the first turn after the start. “I’ve had that move in my pocket,” Chris said later. “I watched [longtime Dyson Racing stalwart] Butch Leitzinger use that move so many times here, and I’ve been waiting years to use it.”

Thanks to the recent sale of the track to the group led by Riegel and company, he should have plenty more years to use it again.