Bob Bondurant, the founder of the world’s most-renowned racing driver school, has passed away at the age of 88.

The American, who trained Tom Cruise, Paul Newman and Christian Bale amongst others, was first a successful racing competitor himself, taking home GT honours from Le Mans and winning the World Sportscar Championship, before turning his hand to helping students refine their racing technique behind the wheel.

As the late Bondurant put it himself: “My life has been lived in two halves. The first was becoming a World Champion driver. The second was teaching the world to become champions.”

Born in Evanston, Illinois, Bondurant cut his teeth on two wheels, racing an Indian motorcycle on dirt ovals from the tender age of 14.

After being inducted into the Galloping Gooses (later to become the Hell’s Angels), he shifted over to four wheels in 1956, campaigning a Morgan Plus 4, before dominating the West Coast “B” production championship, dominating it by winning 18 out of 20 races in a Chevrolet Corvette.

Bondurant would be a force to be reckoned with over the coming seasons, winning 30 out of the 32 races he entered by 1961 and 1963.

1956 Le Mans-winner Carroll Shelby knew talent when he saw it, and hired Bondurant to race his new Shelby Cobra in 1963, winning the race he entered at Riverside. 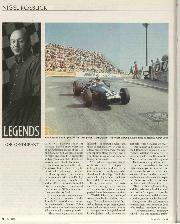 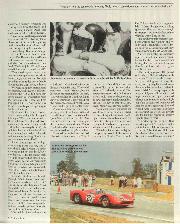 Lunch with Bob Bodurant at Monaco. I don't know what it is about American drivers of the '50s and '60s, but all have great powers of recall, and spice their…

More success would follow, culminating in a class win at Le Mans ’64 when partnered with Dan Gurney. He also came out on top in the 1965 World Sportscar Championship, in a category that was dominated by Ferrari 250 GTOs.

“Bob was right up there with the best, and our results showed it,” Gurney said.

That same year he moved into grand prix racing, but had already had a hair-raising brush with F1 when testing an ATS at Monza.

“By the end of an hour, I’d done it several times, and got the ‘In’ signal,” he told Nigel Roebuck in 1999. “I thought, ‘Well, who knows when I’ll be back here? I’m going to do it one more time’. As I went through a half shaft broke. I was doing about 150mph, and then the axle broke at the left rear. I went through the hedge backwards, and remember thinking, ‘Bondurant, you just wrote yourself off…’

The American survived relatively unscathed despite being thrown from his car, and was invited to drive a works Ferrari at the Watkins Glen round in 1965 after a typically Godfather-esque meeting with Enzo – he finished ninth on his F1 debut.

The next year Bondurant scored a gig in 1966 which possibly set him on the path to his racing school destiny, as he was a technical advisor on the Grand Prix film, training lead star James Garner to drive an F1 car.

Back in the real racing world that year, Bondurant took fourth at Monaco in a Team Chamaco Collect BRM before crashing at the infamous 1966 Belgian GP. It turned out to be a fortunate off, as the American and Graham Hill were on hand to pull Jackie Stewart from the wreck of his crashed BRM while the Scot lay trapped and covered in fuel.

This was the accident which led to Stewart on his F1 safety crusade, and a serious crash for Bondurant led to a similar motor sport epiphany.

When a steering column failed on his McLaren Can-Am car at Watkins Glen 1967, the American went off at 150mph at the Chute section. He sustained fractures all over his body, including two broken legs. Doctors informed him he would never walk again.

“God, I was at the height of my racing career,” he told Motor Trend in 2013. “What am I going to do now? All I know is racing. I’ve got to make a living somehow. Training the actors for Grand Prix felt good. I’ve got to learn how to walk somehow, and when I do, I’m going to start a school. I drew a steering wheel and put a number one in the centre, because I decided that it would be the number-one school in the world. That’s how it all started.”

The American did indeed make his racing business the number one in its field. After being based at various West Coast circuits, in 1990 it moved to its own purpose-built facility in Arizona. The largest driving school in the world, it featured a 15-turn 1.6mile circuit, eight-acre asphalt pad and over 100 vehicles.

Students could learn not only to race, but also undertake courses in police pursuit driving, evasive driving for bodyguards and stunt driving. As well as training the aforementioned Hollywood stars, he also instructed large numbers of NASCAR drivers looking to sharpen their road course skills.

The school ran until 2018 when a legal battle within his own family led to its assets being sold off, with Bondurant left to look for a new facility.

Bob Bondurant passed away on November 12, and is survived by his sixth wife Pat.

Motor Sport extends its condolences to the family, friends and fans of Bob Bondurant