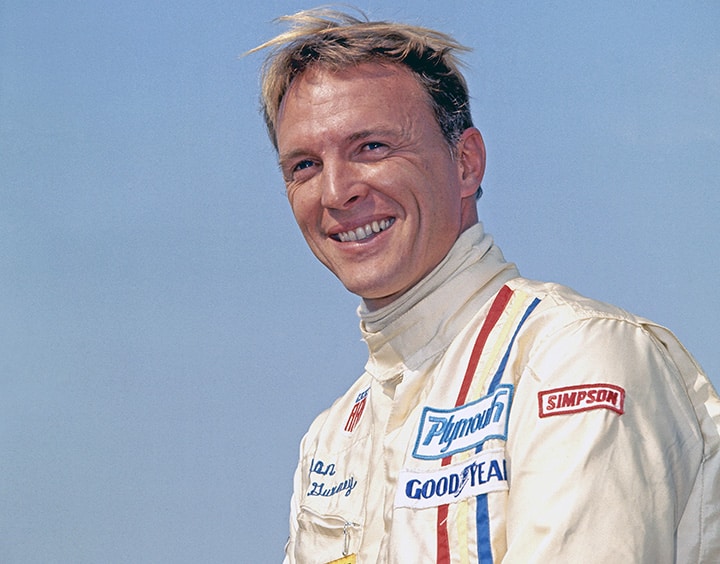 Dan Gurney celebrates his 85th birthday today, Wednesday April 13. Dan has achieved many things in his long, fruitful life. He won races in Formula 1, Indycar, NASCAR, Can-Am and Trans-Am, and his company All American Racers built some of the most innovative and beautiful racing cars we’ve ever seen.

It will be my pleasure to join many of Dan’s old friends today at All American Racers in Santa Ana to raise a glass and share a piece of birthday cake with the great man. I’ll be in Southern California for the 42nd running of the Long Beach GP so I thought this would be a good time to tell the story of how Dan helped Chris Pook make the Long Beach street race come to life.

Back in 1975, AAR raced Eagles in both USAC’s Championship and the SCCA’s Formula 5000 series. The original, unlimited Can-Am had died in 1974 and the traditional October Can-Am dates at Riverside and Laguna Seca had switched to F5000. Those races were preceded by the inaugural Long Beach GP at the end of September and Long Beach impresario Chris Pook says the race would not have happened without Dan’s considerable support. “Dan played a significant role in every part of making the race happen,” Pook declares. “The politics, the whole thing, it was the power of Dan and his personality that made it happen. We were very lucky to have him.”

When Pook started work on selling his improbable idea of running a motor race in the streets of Long Beach, Gurney was one of the first people he called and Dan attended many meetings in Long Beach with Pook. “People were very sceptical, but you could see the gears going in Dan’s mind,” Pook remarks. “He could see that this could be something big and the enthusiasm level just grew and grew.” 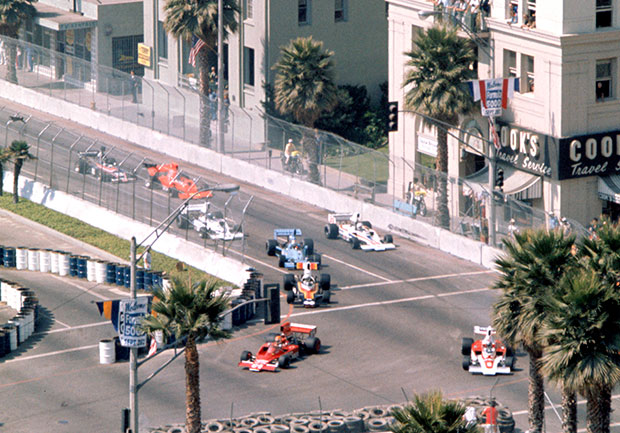 When it came to dealing with the racing authorities in the United States and Europe, Gurney was Pook’s most important weapon. It was Dan who convinced both the Automobile Competition Committee of the United States (ACCUS) – the USA’s FIA representative – and the FIA’s circuits and safety committee to take serious looks at Long Beach. “We got derailed by the ACCUS first time around and Dan called (Tom) Binford and convinced him to come to Long Beach,” Pook recalls. “When Dan got through with him Binford was more excited about it than anybody. That was the kind of energy Dan brought to it.”

Dan also proved to be the key man in getting Pook’s idea approved by the California state government. “We flew Dan and Evi into San Francisco to meet with the Coastal Commission and a couple of the younger guys were big fans,” Pook says. “He very quickly won over the ‘greens’ on the staff. That could have been the show-stopper right there and it wasn’t at all. It was all very positive.” 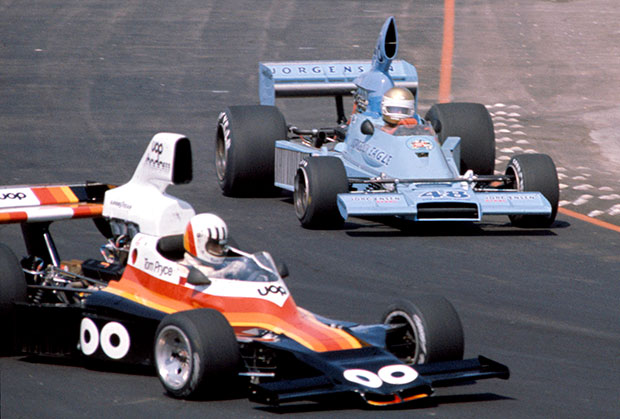 Forty-six Formula 5000 cars were entered for the first Long Beach race, including F1 stars Jody Scheckter, Tom Pryce and Chris Amon as well as fast-rising Englishman Tony Brise and all the F5000 regulars like Brian Redman, Mario Andretti, Al Unser, Englishmen David Hobbs and Jackie Oliver, as well as Canadian Eppie Wietzes and Aussies Vern Schuppan and Warwick Brown. In a famous moment, Schuppan’s AAR Eagle was the first car to take to the racetrack for the opening practice session at Long Beach in September of 1975 and Dan’s father John sang the national anthem prior to the start of the first Long Beach GP two days later. Dan was an extremely proud son that day: “When it finally happened it was one of those historical events that you’re just proud to see happen,” he remarks.

Schuppan gave the F5000 Eagle its best race of the year at Long Beach, finishing second behind Brian Redman. After the race Gurney and Pook flew east to meet Bernie Ecclestone at the United States GP at Watkins Glen where they discussed running a second F1 race in America at Long Beach in the spring of 1976. “Dan was there all the way through,” Pook adds. “We went to see Ecclestone at Watkins Glen and Bernard had great respect for him. Dan helped a lot in getting Bernard convinced that this was a serious project. Even in our crisis days in 1977, he was there. He stepped up and wrote a check like many others. He never wavered.” 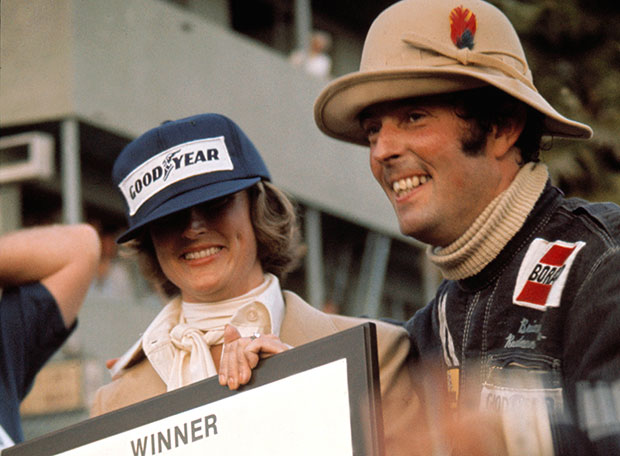 And that’s Dan Gurney: a man who never wavered, who always pushed forward using his boyish enthusiasm and fertile mind to turn his dreams into reality. As I’ve written before, I believe Dan is America’s greatest racing man over the entire 100-plus-year history of the sport. Happy 85th birthday Dan!