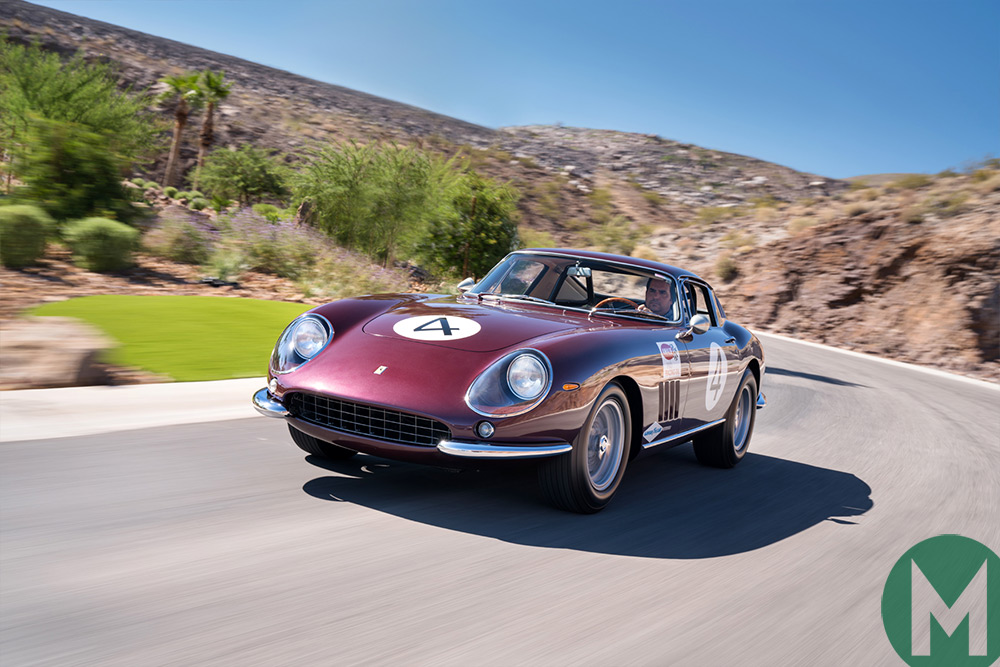 A stunning ex-Pedro Rodriguez Ferrari 275 GTB/C is heading to auction with Gooding & Co at Pebble Beach in August, expecting to reach $12-14 million.

NART founder Luigi Chinetti bought the GTB/C, one of only 12 built for competition, for Rodríguez to contest the 1966 Nassau Tourist & Governor’s Trophy. The Mexican claimed class honours in seventh overall, before the car contested the 24 Hours of Daytona in 1967, ’69 and ’70.

Héctor Rebaque Sr shared the car in the 1967 race, while Sam Posey drove it 1969 for NART.

It later found its way into the hands of Ferrari collector Albert Orbist, whose collection Bernie Ecclestone bought in 1995. Orbist had commissioned Guiliano Michelotto and Dino Cognolato to restore the car, including its distinctive ‘Rosso Rubino’ colours, and the results are clear today.

The GTB/C featured some of Ferrari’s thinnest and lightest bodies, built from aluminium and with Perspex windows. Beneath its bonnet sits a 3.3-litre 12, with competition pistons, 250 LM-type valves and Weber carbs.