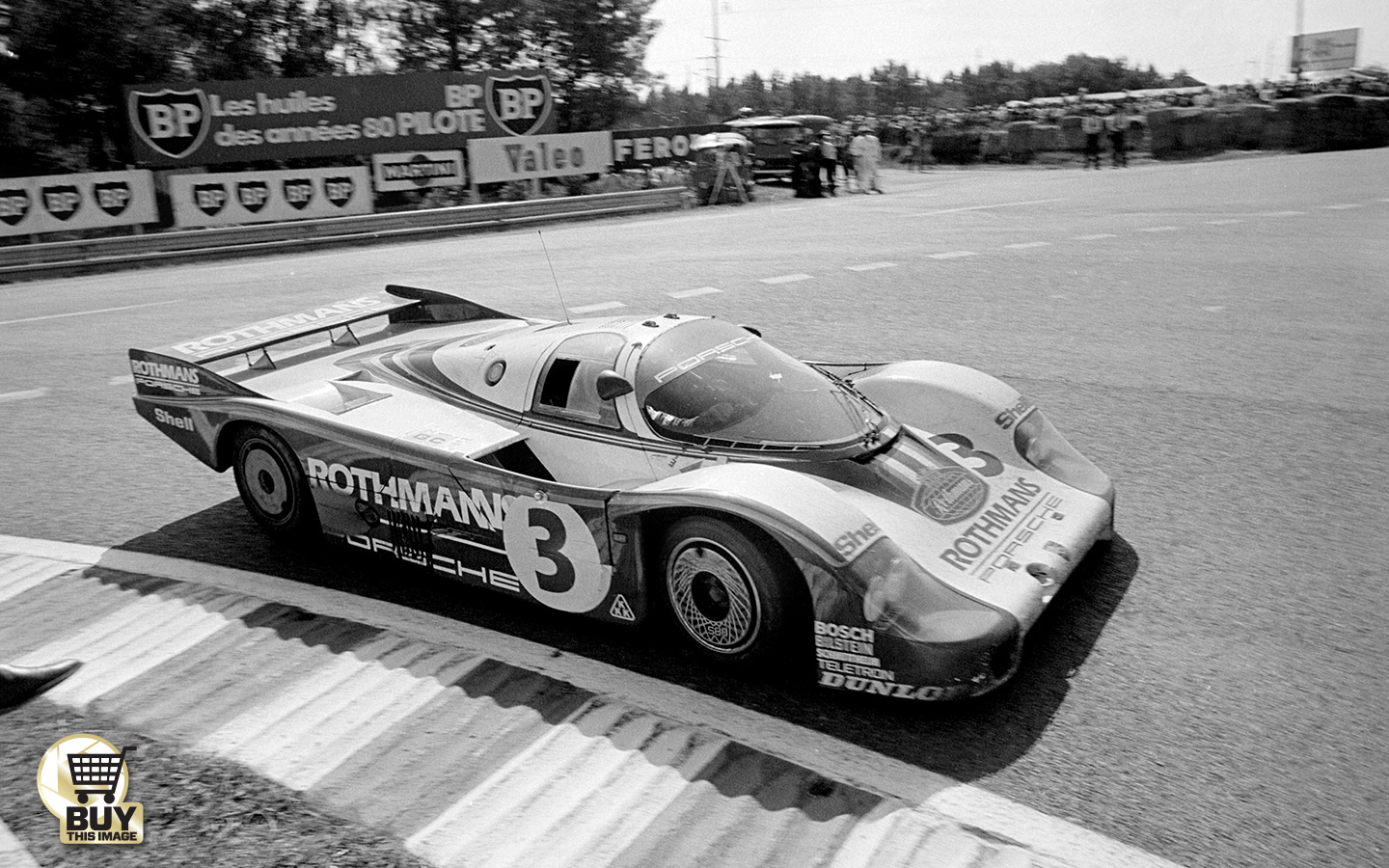 “The best driver I ever worked with”.

Coming from Derek Bell that’s quite an accolade.

“Al Holbert ran the team, he designed his own modifications for the car, he’d build them and then he’d drive the thing on race day and be very quick, never put a foot wrong. He was the best all-round person I ever worked with and I don’t think he gets enough accolades for what he did. He was around for such a short time, though.”

On September 30, 1988, aged just 41, Alvah Robert Holbert crashed his Piper PA-60 shortly after takeoff in Ohio. “He was an intriguing man,” continues Bell. “I had been doing more driving than him that year, but he had gone to Porsche and said ‘We are getting beaten and we need another car’. ‘Well, it’s going to cost $16m to design and build one.’ Al said ‘I’ll do it for 10 per cent of that’.

“So they paid him $1.6m and he went off and did an intermediary car. We were at Columbus, Ohio, for the race and he was going to come and do practice. He came up to me on Friday morning and said ‘come with me’. He’d flown in that morning at 4.30am from Warrington with the team, mechanics and had then been doing meetings since then, the way he did.

“He said ‘I want to show you something’ so he took me out the back to this building. There was this big box in the corner. He opened it up and there was this model of a new car. He said ‘this is the car you and I are going to race next year’. He’d had enough of [team-mate] Chip Robinson at that point because Chip kept f**king going off the road and crashing.

“He flew off that evening, and was coming back the next morning for qualifying with me. He never made it. It was terrible. I was at the hotel and we had all had dinner. Al had done his own thing and had a meeting with somebody and I remember I went to my room at 9pm, switched the TV on and suddenly we saw ‘race car driver killed taking off from Columbus’. We all opened our doors and walked out into the corridor. We all looked up and down and we all knew it was Al. It was just terrible.”

Holbert had started his motor sport career by working for Roger Penske while studying at Lehigh University. He started club racing in a Porsche 914/6 at the age of 25 and then turned professional in 1974. His short career would include three Le Mans 24 Hours wins, two Daytona 24 Hours wins, five IMSA titles (and 49 IMSA wins) and two Sebring 12 Hours wins. As well as that he was fundamental to the history of Porsche motor sport in North America and competed in NASCAR, CanAm and IndyCar. “He was amazing,” admits Bell. “He was so versatile.”

Al Holbert is remembered by some as a wild man who found God and by others as simply a very fast and successful sports car driver. “I don’t know where that came from,” Bell says about Holbert’s wild days. “His American mates came up with that, I think. He might have been a nutcase before, but he certainly wasn’t when I met him.” 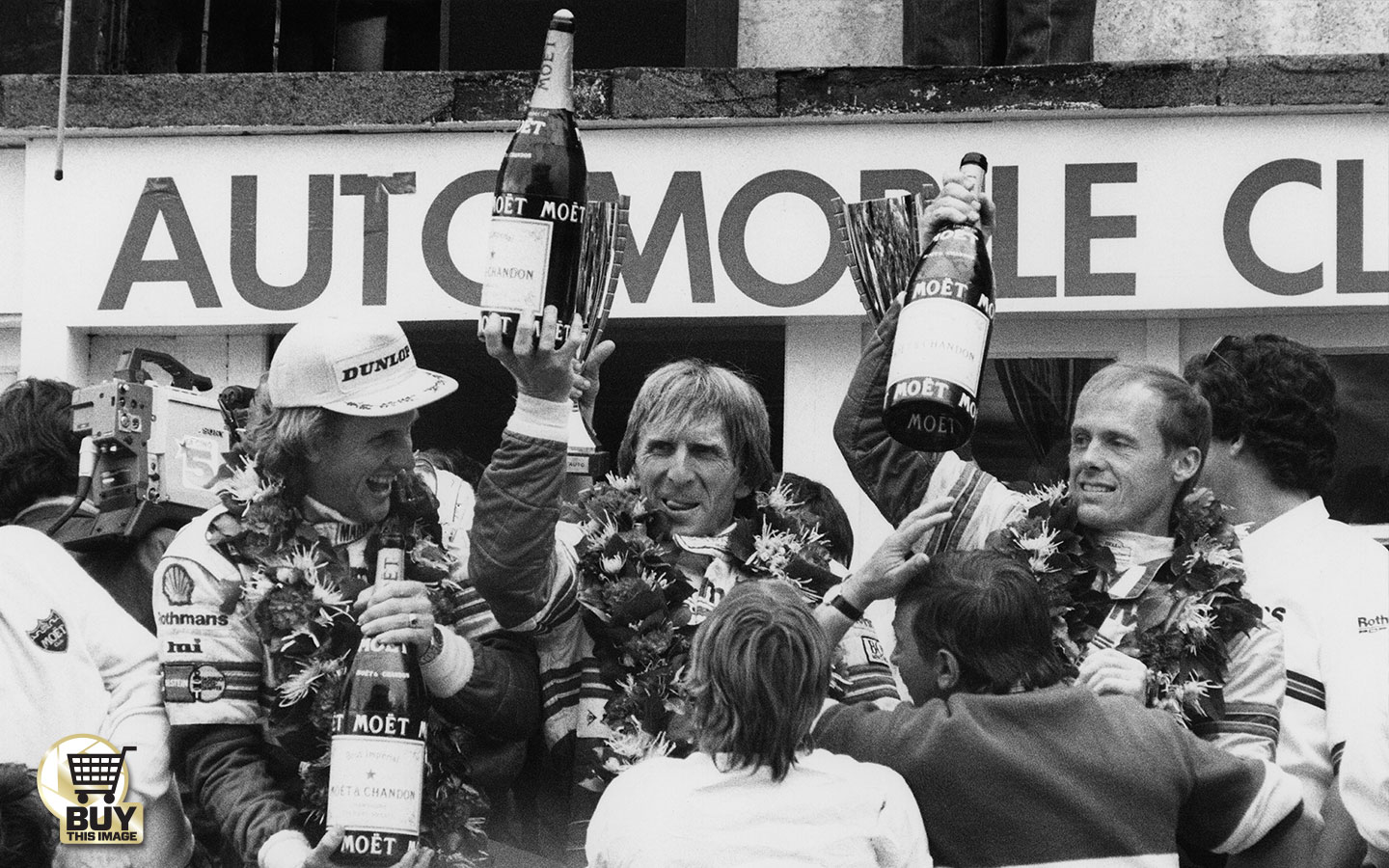 At Le Mans in 1983 Bell had experienced his toughest ever 24 Hours, partly thanks to Holbert in the closing stages. The Brit’s team-mate Jacky Ickx was punted off on the first lap and they then spent then next few hours trying to reclaim the lap that they’d lost. “I remember coming up behind [Holbert’s team-mate] Vern Schuppen going down the Mulsanne Straight at 6.15 in the morning. As I overtook him, going into Mulsanne Corner the bloody engine stopped!” Bell got it fixed and they managed to close to within a lap of leaders Holbert, Schuppan and Haywood by 11am.

Bell was fetched from his caravan for the final stint by Norbert Singer and was informed that the discs were cracked – if they fixed them they’d lose second place. Off he set, closing in on Holbert who, by this time, was complaining that his water temperature was off the clock. Bell started closing at a rate of 20 seconds a lap.

Holbert called in again to say that the water temperature had gone the other way and Bell came on the radio to race team manager Peter Falk: “CALL HIM IN!”

“There was no chance that he would and, unsurprisingly, there was no answer from the pits.” On the last lap Holbert’s engine seized – he immediately popped the clutch, rammed the gear lever into second and took the chequered flag at 20mph. Bell crossed the line 26 seconds behind after 24 hours of racing.

Their paths would continue to cross and the pair would eventually win Le Mans together. “He was just a very quiet American and a super guy, always a gentleman. He did have a strong temperament, though, and said what he thought. He didn’t suffer fools. Having said that he lived with me for four years so he must have suffered some of them…

“When we went testing I thought ‘I’ll really learn something now’ – I never really learned much at Porsche because all they did was speak German – but the problem was that Al would come in, talk to whoever it was on the radio; I’d ask to see it and there was reams of stuff. Change the shock absorber three clicks, change this roll bar, do this, do that. To be honest, in the end I gave up! I had this reputation of being a good bloke to put in your car to sort out. I wasn’t good at all. I was a good driver, but I couldn’t tell you anything at all about setup. I could tell you what it was doing, but Al was such an analyst I just didn’t learn anything from him as much as I thought I would.

“He would test all day and the car got better and better and better. He was bloody good, and very quick. And he never made any mistakes. I was so lucky to be working with him thinking about. I was good, but he was better and he ran the team, knew what he wanted.

“He did become a born-again Christian and he used to call me a heathan because I wouldn’t go to their services on the Sunday mornings. When people ask ‘who was the best driver you ever drove with?’, in all honesty he was the best. The best as a driver. He wasn’t my best friend – Stücky and Ickxy became closer because I spent more time with them and I had come up with them in Formula 3 and Formula 2.

“Al was just the best all-rounded person I had ever been with in terms of running his own team, his family and running organisations, working for Porsche, designing the car, engineering the car and driving it and winning with it.

“He was always so bloody calm, he used to drive me insane! I was calm but I wasn’t doing anything! I was just driving and chatting up girls! He was flat out the whole time but you never got that impression. You never saw him rushing. He’d be calm, he’d have the kids with him if he could. He had a very famous phrase after the race: we’d chat about it and I’d say ‘that was a bloody brilliant weekend we just had Al, just amazing wasn’t it?’ He’d reply: ‘the clock goes back to zero’. He was already looking ahead to the next race.

“He was an astonishing person in so many ways and he didn’t bother me with his born-again Christian stuff. When I think about it we had a stunning relationship. We won a sh*tload of races. He was so good.”