There’s no denying Fernando Alonso’s credentials, but raw speed isn’t everything at Indy 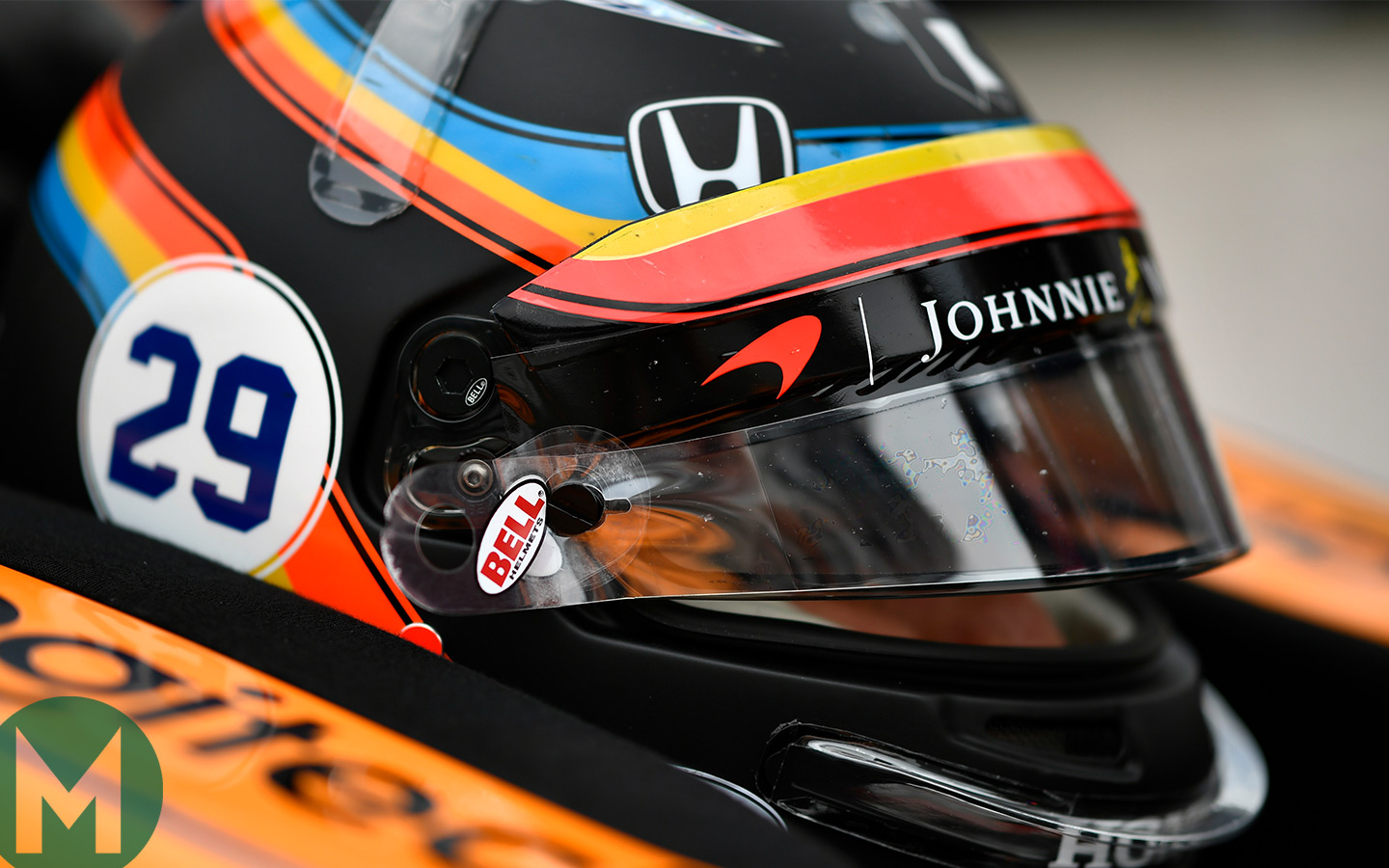 Fernando Alonso qualifying fifth for his first Indianapolis 500 was a fantastic effort, especially when you look at the names and calibre of driver behind him. It was a point I put to driver coach Rob Wilson in a (soon-to-be-released) Royal Automobile Club Talk Show yesterday thinking he’d go on to extol the virtues of the two-time world champion’s driving skills. He did, but wasn’t so impressed with his qualifying performance.

Many of you will know who Rob Wilson is. He was a talented racing driver himself and raced in pretty much every series you can think of from Formula Ford to the American Le Mans Series via Indy Lights and NASCAR. For the past few decades he’s been coaching professional drivers. To give you an idea of how much people respect what he has to say he tutors over half of the current Formula 1 field, various rally drivers, Indycar racers and hundreds more. At last count he gets about 30 calls a week for only five days of tuition.

So – Alonso qualifying fifth at Indy was impressive no? “Yes, but not so much at Indy. That would be down to the car setup. There’s James Hinchcliffe, who I train, and he had pole at Indy last year, but he’s 17th this year because the car didn’t quite work. Now if he was driving in the same car and for the same team in Formula 1 and qualified on pole at Silverstone last year and was 17th this year, there’d be big questions.

“Alonso is with Andretti and I know the Andretti team very well. Marco comes over and does his time and his other team-mates have been as well. They’ve got a very good Indy setup and they know how to go round there. The Honda engine and aero package is working really well on the Super Speedways. I’d have thought you could have taken most people out of the Formula 1 field and in that car they probably would have got there. I don’t think that’s particularly Alonso.

Of course, things will get more difficult in the race when he’s following other cars. “That’s right, with the traffic and when the air gets taken off you going into the corners. Alonso is a brilliant driver and of course we know that when we see what he is doing in Formula 1 now, much less what he was doing before, he is extra special as a driver. Whether he can use that in a race, that’s another thing. If that car doesn’t quite work, if it’s got a little bit too much push, or if it’s a little bit loose or tail happy, that problem goes on for a long time – all the way around turn three, coming out of turn four, and then all the way around turn one and then turn two. You can quickly find yourself moving back. You don’t come to a hairpin which you can muscle around before a flat-out corner that everyone takes flat – you don’t have that. 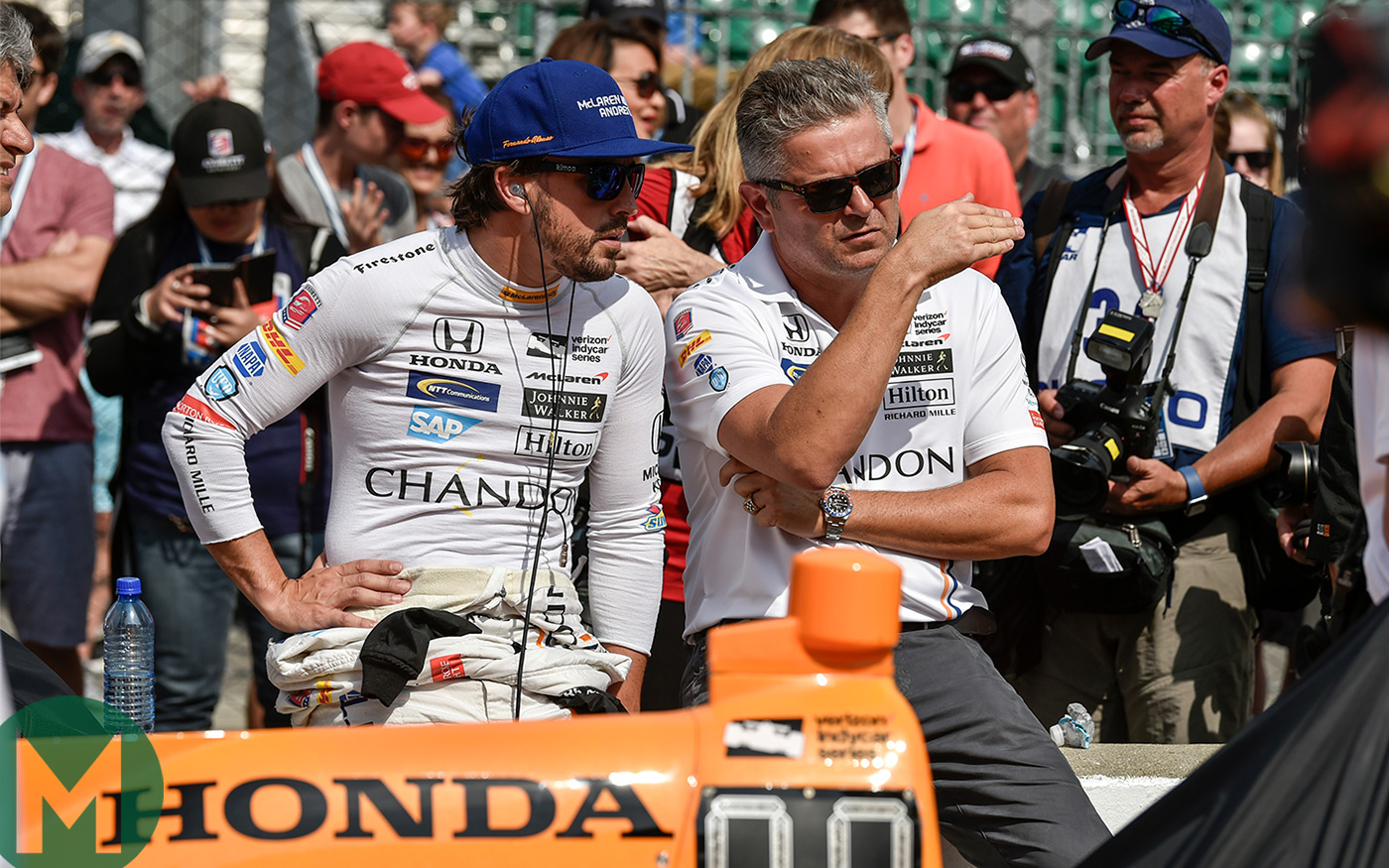 “Fernando Alonso has a fantastic feel for where the limit is and being able to go that little bit over the limit in F1 and then bring it back. He’s one of those sorts of drivers. I think it’s mostly in his feel – he’s brilliant in the wet, he’s brilliant when he’s got to carry a car on his back and I just think he knows he’ll take that chance and he’ll deal with it, whereas for a lot of people the car moves a little bit and they’ll back away from it. He just has a feel for the surface.”

“When I did the ovals in Indy Lights they were fine and they were on the shorter ovals – so Phoenix, Nazareth, those sorts of places. They were one-mile ovals roughly. Yes, you would get a bit of disturbance, but not to the extent that you’d get on the Super Speedways. It’s all completely about setup. They’re driving a really frightening car. During qualifying at Indy, you could do 218 mph and it was absolutely scary. I drove an AJ Foyt car, it went round at 224mph and it was easy. It’s just like riding a bicycle on a slippery sidewalk – it’s very, very delicate, but if that car works it’s easy. If it doesn’t work, it’s the most frightening thing in the world.

“It’s difficult for people to imagine that when you’re at Indy you’re lapping a two-and-a-half mile lap in about 36 seconds. You’d look at the speedo on the dash as you exit turn four and you’d know you had to read at least 213 mph to make it a good lap. You’d see 211 or 212 and you’d think ‘oh that was really slow’. Your perspective of what’s fast changes.

Will that talent help during this year’s Indy? It could do, but so much depends on the car. Alonso’s fifth place on the grid is only the first small step to achieving the second stage of his Triple Crown goal.