The first Indianapolis 500 was run on May 30, 1911 and was won famously by Ray Harroun’s Marmon Wasp. But many historians believe the first 500 was actually won by second-placed Ralph Mulford. Joe Freeman, owner of Racemaker Press and one of the USA’s leading auto racing historians, wrote the story of the first Indy 500 in our book Second to One, published last year, and the following is an edited synopsis of his investigation into what occurred.

The Indianapolis Motor Speedway was opened in 1909 but the early races at the giant 2.5-mile four-cornered oval proved lethal. Consequently track owner Carl Fisher decided to replace the dusty dirt surface with more than three million bricks. New timing and scoring equipment were installed and Fisher decided to focus on running a 500-mile race in 1911. Engine size for the first 500 was limited to 600 cubic inches, and in order to qualify, every car was required to maintain an average of at least 75 mph from a flying start over a quarter-mile straightaway. No other qualifying tests were required. Car numbers and starting positions were assigned according to the order in which the entries were received. 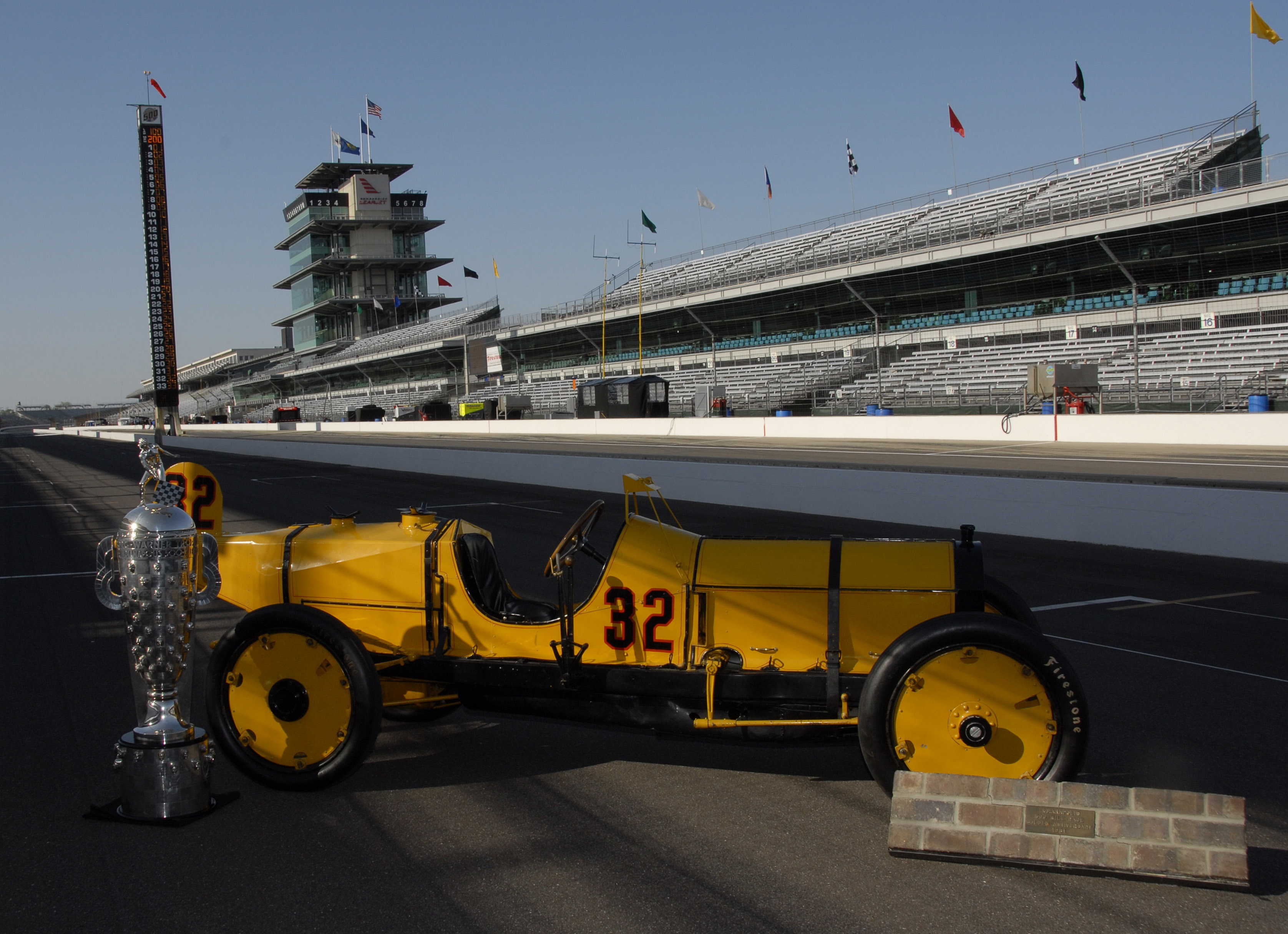 On a beautiful clear morning the 40 starters lined up in numerical order, five-abreast in eight rows at 100-foot intervals. Carl Fisher’s Stoddard Dayton pace car led the 40-car field down the long 3/4-mile main straight to start of the first Indianapolis 500 and various contemporary and later accounts reported that at least 80,000 to 100,000 spectators filled the Speedway.

From the start the 500 proved to be exciting and controversial, establishing two traditions that have been maintained to the present. Only 12 laps were in the books when Arthur Greiner’s Amplex lost a rear wheel and crashed heavily, fatally injuring his mechanic, Sam Dickson. It was to be the first of a number of accidents caused at least in part by the large size of the field and an increasingly oily track surface.

At 75 miles David Bruce-Brown led the race in his Fiat while Ralph Mulford had worked his way quickly into second after starting 29th. At the halfway mark (100 laps) Bruce-Brown was still leading with Ray Harroun and Mulford scored in second and third. Harroun aboard his Marmon Wasp was the only driver in the field without a riding mechanic and he and Mulford had started the race on the same row deep in the field. But according to a later protest by Mulford’s Lozier team, the judges had failed to credit Mulford with one lap because of a serious crash on lap 87, which caused the volunteers manually scoring the laps to hastily scramble from their trackside station.

The accident began when Joe Jagersberger’s Case broke a steering knuckle on the main straight. His riding mechanic Charles Anderson leaned out of the car to see what had happened and lost his balance, falling onto the track. Bearing down at full speed Harry Knight swerved sharply left to avoid running over Anderson and crashed end over end into the pits, completely demolishing Herb Lytle’s Apperson and Caleb Bragg’s Fiat. Amazingly, no one was seriously injured, but the timing and scoring of the contest was seriously compromised.

Because Teddy Tetzlaff had wrecked the only other Lozier in the race, after tangling with Louis Disbrow’s Pope-Hartford on lap 20, the team had been focusing their attention on Mulford’s progress. They vigorously maintained that the judges failed to notice that Mulford had managed to weave its way through this melee and consequently had been scoring it one lap in arrears from that point on.

At the end of the 500 miles, Ray Harroun was declared the winner, having completed the 200 laps in six hours, 42 minutes and 8 seconds. But the protest filed by Lozier maintained that Mulford was actually one-third of a lap ahead of Harroun (on his 201st lap), and that Mulford’s time of six hours, 43 minutes and 51 seconds was, in fact, for 502.5 miles. On the assumption that Harroun’s and Mulford’s speeds on the last lap were the same as their prior laps, Mulford should have been credited with completing 500 miles in six hours, 41 minutes and 24 seconds and should have been declared the winner 44 seconds ahead of Harroun. Interestingly enough, veteran starter Fred Wagner agreed with the Lozier Team, but was overruled by track owner Fisher.

Despite the protest, after an all-night session race officials announced the next morning that Harroun had won the race. This raised such a storm of public protest that the officials agreed to reconvene and double-check their results, a comic charade in view of the fact that there were no records to check because the new timing and scoring system had broken down during the race. Utilizing four Burroughs adding machines, two Columbia Dictaphones, a Warner Harograph and a Teleautograph, the system was supposed to record the time of each car every time it tripped a wire at the start-finish line, correlate the times to each car’s overall position and transmit the information it obtained to four scoreboards around the track. 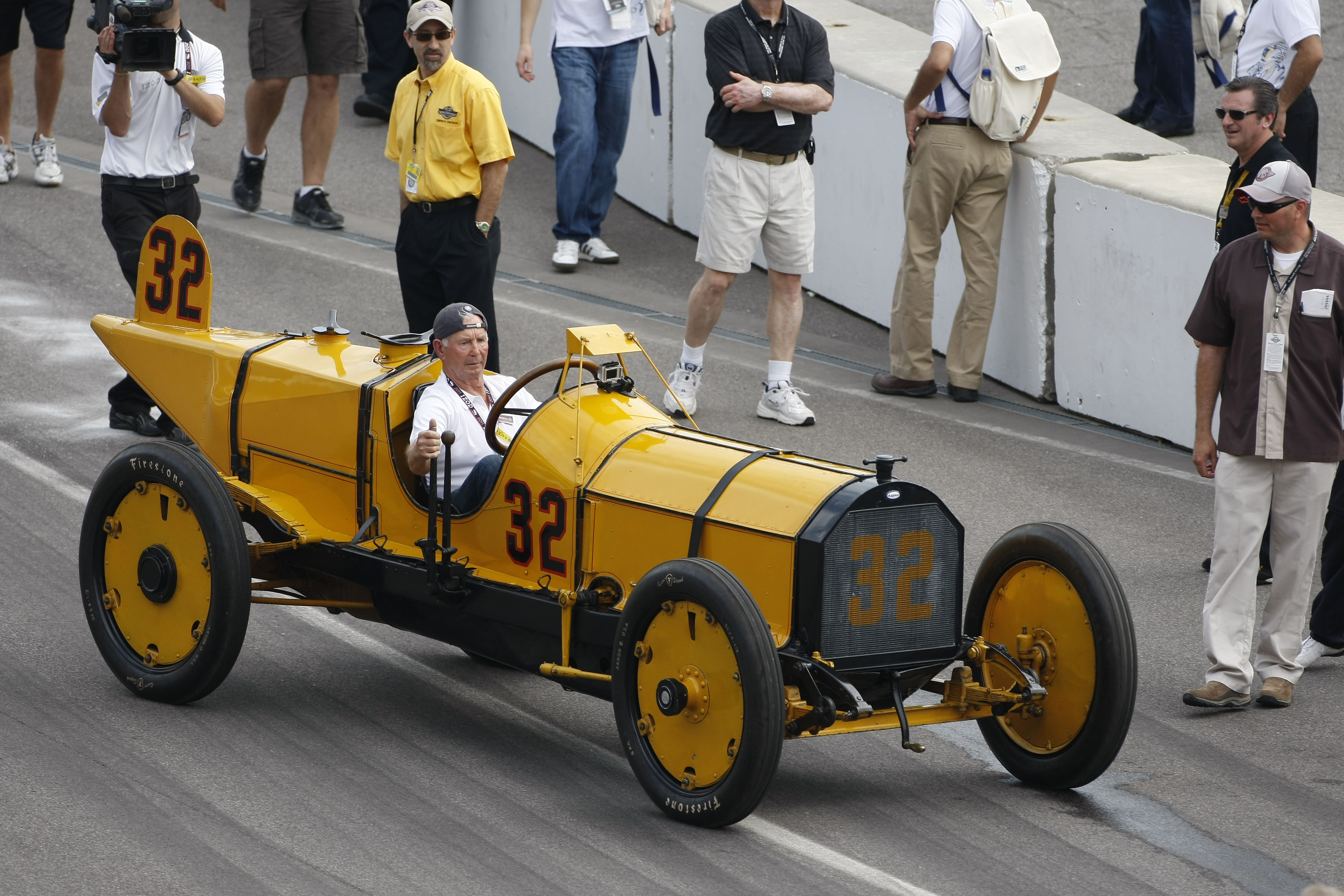 But this apparatus had failed to function at least twice during the race and was inoperable for more than an hour in all. That left all the scoring to the back-up crew in the trackside scoring stand, which had been hastily abandoned on lap 87. Whether their tally would have been accurate even if the accident had not occurred is debatable, in view of the fact that most of the scorekeepers were socially prominent citizens who had been given their jobs by Speedway builder and racing visionary Carl Fisher. It also didn’t go unnoticed that the Marmon was an Indianapolis product. Thus, it’s not totally surprising that the third and final official result still held that the hometown car and driver had won the race, and that was that.

At the time, Mulford was one of America’s most accomplished racers. He started his career as a mechanic and later became the lead driver for Harry Lozier’s car company. Mulford won many major races, including the Brighton Beach 24 Hours in 1908 (with Harry Cobe) and 1909 (with Cyrus Patschke) and the 1910 Elgin National. But Lozier pulled out of racing after Mulford’s victory in the Vanderbilt Cup race at Savannah, Georgia in November, 1911.

Mulford continued to race for another 10 years. He made nine more appearances at Indianapolis, finishing third at the wheel of a Peugeot in 1916. Mulford finally retired from racing in 1922 and ended up running a modest garage near New York City.

Nicknamed ‘The Parson’, Mulford was a man who never smoked or drank alcohol and generally refused to race on Sunday. Always genial and uncomplaining, he never made an issue of the scoring controversy at Indianapolis in 1911. In his later years Mulford declared that Ray Harroun was a fine gentleman, a champion driver, a great development engineer, and that he wouldn’t want him or the Indianapolis Motor Speedway to suffer any embarrassment.